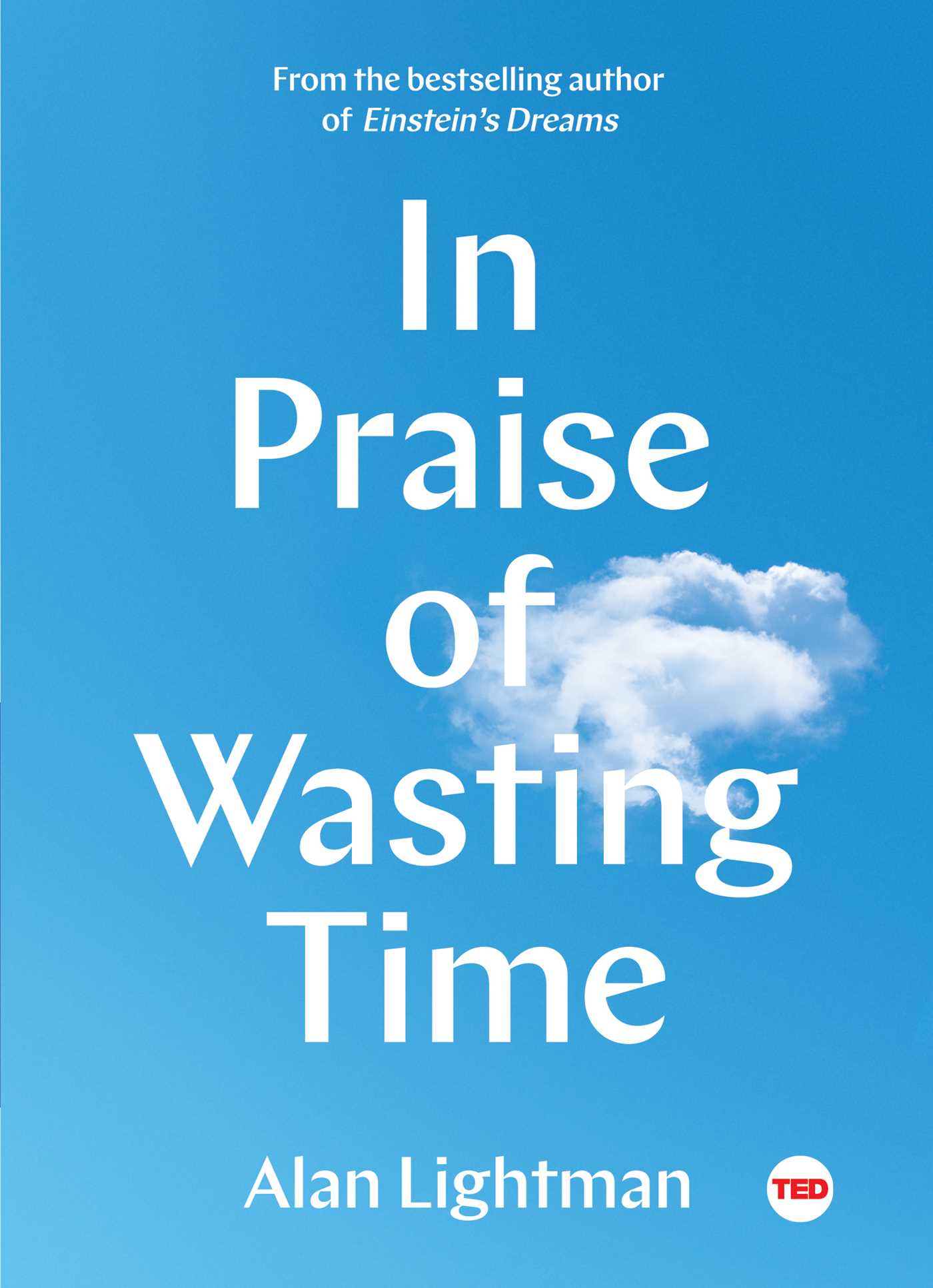 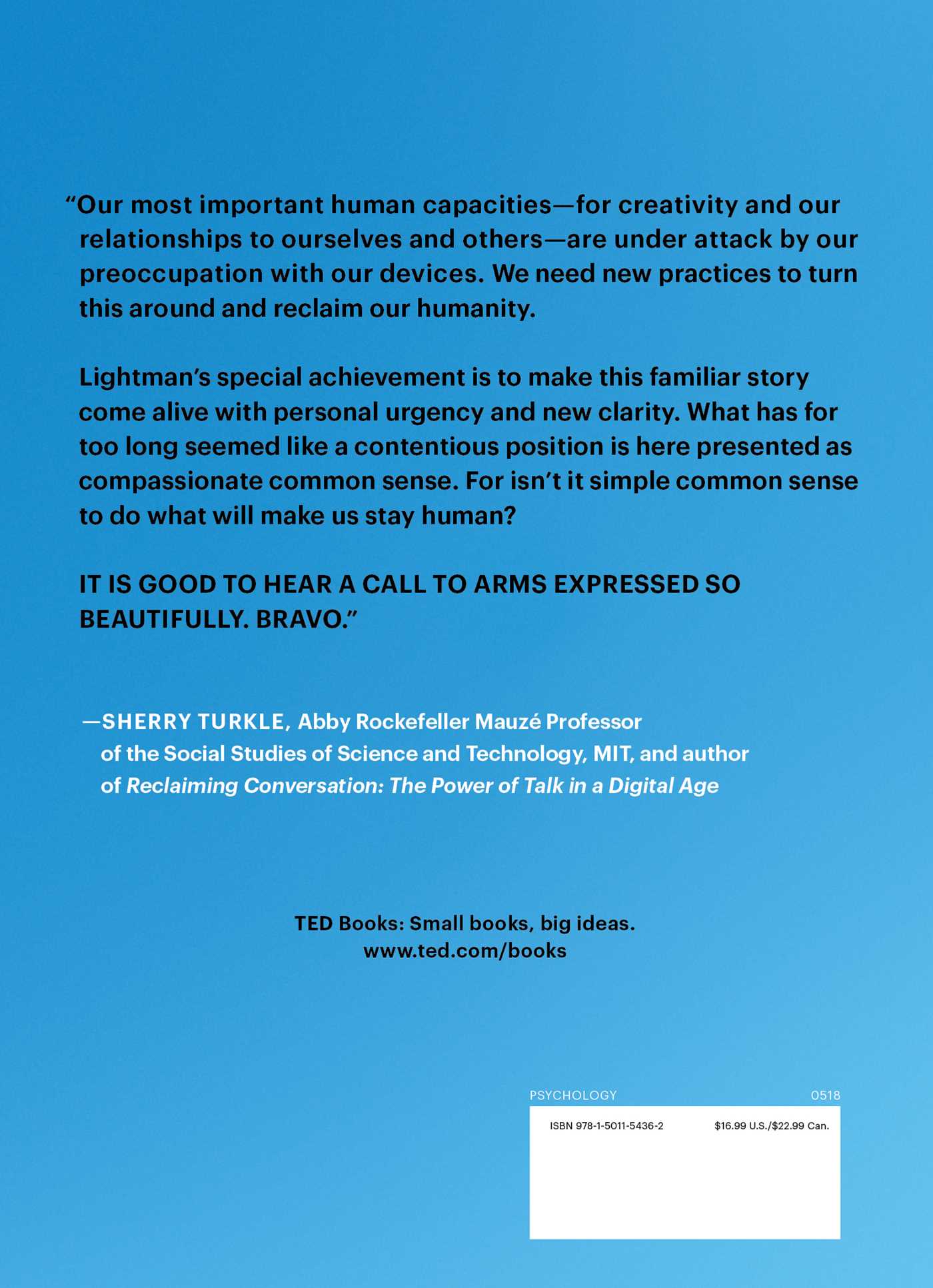 In Praise of Wasting Time

In this timely and essential book that offers a fresh take on the qualms of modern day life, Professor Alan Lightman investigates the creativity born from allowing our minds to freely roam, without attempting to accomplish anything and without any assigned tasks.

We are all worried about wasting time. Especially in the West, we have created a frenzied lifestyle in which the twenty-­four hours of each day are carved up, dissected, and reduced down to ten minute units of efficiency. We take our iPhones and laptops with us on vacation. We check email at restaurants or our brokerage accounts while walking in the park. When the school day ends, our children are overloaded with “extras.” Our university curricula are so crammed our young people don’t have time to reflect on the material they are supposed to be learning. Yet in the face of our time-driven existence, a great deal of evidence suggests there is great value in “wasting time,” of letting the mind lie fallow for some periods, of letting minutes and even hours go by without scheduled activities or intended tasks.

Gustav Mahler routinely took three or four-­hour walks after lunch, stopping to jot down ideas in his notebook. Carl Jung did his most creative thinking and writing when he visited his country house. In his 1949 autobiography, Albert Einstein described how his thinking involved letting his mind roam over many possibilities and making connections between concepts that were previously unconnected. With In Praise of Wasting Time, Professor Alan Lightman documents the rush and heave of the modern world, suggests the technological and cultural origins of our time-­driven lives, and examines the many values of “wasting time”—for replenishing the mind, for creative thought, and for finding and solidifying the inner self. Break free from the idea that we must not waste a single second, and discover how sometimes the best thing to do is to do nothing at all.

In Praise of Wasting Time 1 A Village in Cambodia
Not long ago, I found myself in a small village in a remote area of Cambodia. Many rural areas in the world have modern plumbing, electric ovens, satellite TVs, and other such technological conveniences, but not this one. The inhabitants of Tramung Chrum live in one-room huts without electricity or running water. Dangling light bulbs in the huts are powered by car batteries. Food is cooked over open fires. The villagers support themselves by growing rice, watermelons, and cucumbers. Their religion is a version of moderate Islam, called Imam San Cham, combined with animism. When someone needs healing, the villagers perform a ceremony in which they summon the spirits of ancestors, monkeys, and horses. The ghosts inhabit the bodies of the villagers, who dance wildly through the night. Other than these moments, the villagers go about their lives in quiet calm. They rise with the sun. After breakfast, they herd their cows out for grazing, then walk to the rice fields and tend to their crops. They return to their huts as the light starts to dim and gather firewood for cooking the evening meal.

Each morning, the women ride their bicycles on a rutted red dirt road to a market ten miles away to trade for goods and food they cannot grow themselves. Through a translator, I asked one of the women how long the daily trip took. She gave me a puzzled look and said, “I never thought about that.”

I was startled at her disinterest in time. And envious. We in the “developed” world have created a frenzied lifestyle in which not a minute is to be wasted. The precious twenty-four hours of each day are carved up, dissected, and reduced to ten-minute units of efficiency. We become agitated and angry in the waiting room of a doctor’s office if we’ve been sitting for ten minutes or more. We grow impatient if our laser printers don’t spit out at least five pages per minute. And we must be connected to the grid at all times. We take our smartphones and laptops with us on vacation. We go through our email at restaurants. Or our online bank accounts while walking in the park. The teenagers I know (and some of their parents) check their smartphones at least every five minutes of their “free” waking hours. At night, many sleep with their phones on their chests or next to their beds. When the school day ends, our children are loaded with piano lessons and dance classes and soccer games and extra language classes. Our university curricula are so crammed that our young people don’t have time to digest and reflect on the material they are supposed to be learning.

I plead guilty myself. If I take the time to examine my own twenty-four hours per day, here’s what I find: from the instant I open my eyes in the morning until I turn out the lights at night, I am at work on some project. First thing in the morning, I check my email. For any unexpected opening of time that appears during the day, I rush to patch it, as if a tear in my trousers. I find a project, indeed I feel compelled to find a project, to fill up the hole. If I have an extra hour, I can work at my laptop on an article or class lesson. If I have a few minutes, I can answer a letter or read an online news story. With only seconds, I can check phone messages. Unconsciously, without thinking about it, I have subdivided my day into smaller and smaller units of efficient time use, until there are no holes left, no breathing spaces remaining. I rarely goof off. I rarely follow a path that I think might lead to a dead end. I rarely “waste” time. And certainly, I would never ever spend a couple of hours of each day going to the market without knowing exactly how long the trip took and figuring out how to listen to an audiobook on the way.

It’s not only me. All around me, I feel a sense of urgency, a vague fear of not being plugged in, a fear of not keeping up. I feel like Josef K. in Kafka’s The Trial, who lives in a world of ubiquitous suspicion and powerful but invisible authority. Yet there is no authority here, only a pervasive mentality.

I can remember a time when I did not live in this way. I can remember those days of my childhood when I would slowly walk home from school by myself and take long detours through the woods. With the silence broken only by the sound of my own footsteps, I would follow turtles as they lumbered down a dirt path. Where were they going, and why? I would build play forts out of fallen trees. I would sit on the banks of Cornfield Pond and waste hours watching tadpoles in the shallows or the sway of water grasses in the wind. My mind meandered. I thought about what I wanted for dinner that night, whether God was a man or a woman, whether tadpoles knew they were destined to become frogs, what it would feel like to be dead, what I wanted to be when I became a man, the fresh bruise on my knee. When the light began fading, I wandered home.

I ask myself: What happened to those careless, wasteful hours at the pond? How has the world changed? Of course, part of the answer is simply that I grew up. Adulthood undeniably brings responsibilities and career pressures and a certain awareness of the weight of life. Yet that is only part of what has happened. Indeed, an enormous transformation has occurred in the world from the 1950s and ’60s of my youth to today. A transformation so vast that it has altered all that we say and do and think, yet often in ways so subtle and ubiquitous that we are hardly aware of them. Among other things, the world today is faster, more scheduled, more fragmented, less patient, louder, more wired, more public. For want of a better phrase, I will call this world “the wired world.” By this term, I do not mean only digital communication, the Internet, and social media. I also mean the frenzied pace and noise of the world.

There are many different aspects of today’s time-driven, wired existence, but they are connected. All can be traced to recent technological advances and economic prosperity in a complex web of cause and effect. Throughout history, the pace of life has always been fueled by the speed of communication. The speed of communication, in turn, has been central to the technological advance that has led to the Internet, social media, and the vast and all-consuming network that I simply call “the grid.” That same technology has also been part of the general economic progress that has increased productivity in the workplace, which, when coupled with the time-equals-money equation, has led to a heightened awareness of the commercial and goal-oriented uses of time—at the expense of the more reflective, free-floating, and non-goal-oriented uses of time. 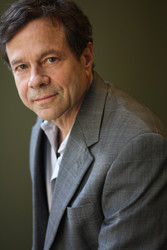 Alan Lightman is a physicist, novelist, and essayist. He was educated at Princeton University and at the California Institute of Technology, where he received a PhD in theoretical physics. Lightman is the author of five novels, including the international bestseller Einstein’s Dreams, two collections of essays, a book-­length narrative poem, and several books on science. His writing has appeared in The Atlantic, Granta, The New Yorker, and The New York Review of Books, among other publications.

"Our most important human capacities for creativity and our relationships to ourselves and others are under attack by our preoccupation with our devices. We need new practices to turn this around and reclaim our humanity. But here Lightman’s special achievement is to make this familiar story come alive with personal urgency and new clarity. What has for too long seemed like a contentious position is here presented as compassionate common sense. For isn’t it simple common sense to do what will makes us stay human? It is good to hear a call to arms expressed so beautifully.  Bravo."

—SHERRY TURKLE, Abby Rockefeller Mauzé Professor of the Social Studies of Science and Technology, MIT, and author of Reclaiming Conversation: The Power of Talk in A Digital Age.

In Praise of Wasting Time