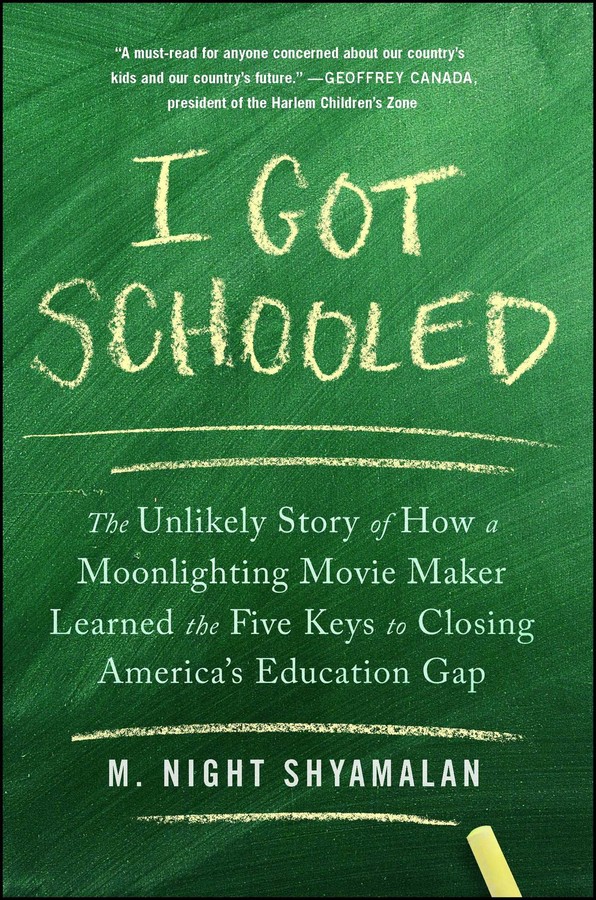 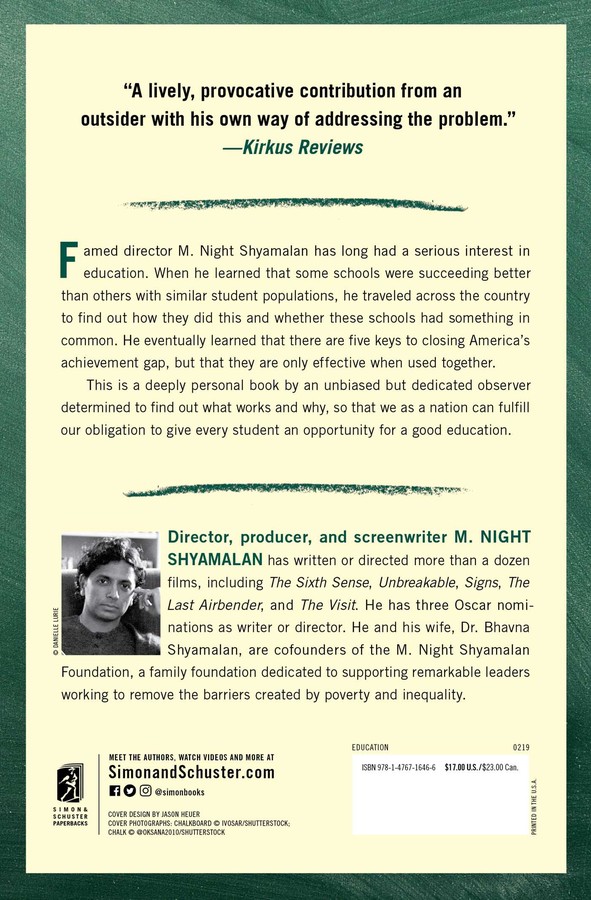 In this vital book, the famed filmmaker tells how his passion for education reform led him to learn that there are five tested, indispensable keys to transforming America’s underperforming schools.

Famed director M. Night Shyamalan has long had a serious interest in education. The founda­tion he and his wife started once gave college scholarships to promising inner-city students, but Shyamalan realized that these scholarships did nothing to improve education for all the other students in under-performing schools. When he learned that some schools were succeeding with similar student populations, he traveled across the country to find out how they did this and whether these schools had something in common. He eventually learned that there are five keys to closing America’s achievement gap. But just as we must do several things to maintain good health— eat the right foods, exercise regularly, get a good night’s sleep—so too must we use all five keys to turn around our lowest-performing schools.

These five keys are used by all the schools that are succeeding, and no schools are succeeding without them. Before he discovered them, Shyamalan investigated some popular reform ideas that proved to be dead ends, such as smaller class size, truculent unions, and merit pay for teachers. He found that the biggest obstacle to school reform is cognitive biases: too many would-be reformers have committed themselves to false solutions.

This is a deeply personal book by an unbiased observer determined to find out what works and why so that we as a nation can fulfill our obliga­tion to give every student an opportunity for a good education.

I Got Schooled PROLOGUE
Everyone who decides to give money away makes missteps. A long time ago, I contributed to a passionate and well-meaning low-income housing initiative. I read their proposal, met with them, went to their church, walked the blocks that were going to be transformed, and wrote a check—a big one. Many years later, all I had bought with it was a raft of lost promises, intricate excuses, and bewilderment about where the funds went.

I licked my wounds. In due time, my interest in doing something to help my hometown of Philadelphia slowly migrated to education. Again, I chose to accomplish this by writing more checks. My wife, Bhavna, and I identified four exceptional public high school students from low-income schools and informed them we were going to help pay for their four years of college. To celebrate our candidates, I arranged to host a dinner with them at a popular and well-known restaurant to commemorate this auspicious beginning.

One thing you need to know about me is I’m seriously, clinically sentimental. I keep all the napkins I write ideas down on. Sunsets are a must on vacation. My house is filled with photos from every moment in my family’s history. I keep a special bottle of Champagne for every script I complete. This list of sentimental rituals is long and getting longer; this dinner was going to become one of them. My wife and I were going to have an inspiring dinner with exceptional kids that were one day going to change the city of Philadelphia.

This is not what happened.

Bhavna and I waited at the restaurant as one by one the scholarship awardees arrived. One was escorted in by a very suspicious and protective aunt. The aunt clearly didn’t want to leave, but eventually relented. So there we were, Bhavna, me, our awardees, and utter silence. I am considered a loquacious guy. I sallied forth with my best icebreakers and never-fail-me jokes. These had no effect.

I took stock of our guests. All four stared with hurt, pained eyes. Through the course of the barely eaten meal, a few morsels of information spilled from their otherwise sewn-shut lips. The most important was this: They were scared and unprepared for college. These children were not ready. They were deeply struggling. They were suspicious of Bhavna and me, and suspicious of the world.

That’s when I began to recall things from their applications and letters, things that I had chosen to ignore. The uneven scores in their academics. The low percentiles of their standardized test scores as compared to public school kids not in the inner city. I remembered the darkness that stained their letters. The system had failed them and shoved them out the door with ribbons saying they had won.

It didn’t take much to see that the immediate future for them would be very difficult and they would feel every day like they were barely breathing. As they shook our hands politely and left, Bhavna looked at me and saw I was shaken. I was looking to be inspired. These children needed saving, but our money wasn’t going to do the trick. The system had beaten them badly enough that no amount of money could undo the scars.

There are moments when you think you are somewhere on a road close to your destination until you see a road sign that tells you that you have drastically miscalculated the length of your journey. Bhavna and I left that restaurant feeling as so many others before us must have felt as they stared down the road and knew that their destination had somehow gotten further away. If we wanted to fix Philadelphia’s broken educational system—to say nothing of America’s—we needed a new map. 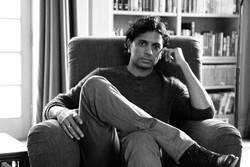 M. Night Shyamalan—screenwriter, director, and producer—has captured the attention of audiences around the world with his original films for almost two decades. His films include The Sixth Sense, Unbreakable, The Village, and The Happening. He and his wife, Dr. Bhavna Shyamalan, cofounded the M. Night Shyamalan Foundation, dedicated to helping empower individuals.

“The ed reform graveyard from the past few decades is filled with quick fixes and gimmicks. Shyamalan’s journey of discovery affirms there are no shortcuts if our country is going to ensure all children have access to a great education, and his five keys for any school’s success focus on the essential ingredients.”

– Mike Feinberg, co-founder of the Knowledge Is Power Program (KIPP)

“It’s great to have M. Night Shyamalan as a new ally in the fight to transform our calcified public-education system. Like the born storyteller he is, Shyamalan has unraveled the myths of our education system and spun a clear and compelling case for what we need to do. This is a must-read for anyone concerned about our country’s kids and our country’s future.”

– Geoffrey Canada, president and CEO of the Harlem Children's Zone

“Schools on the same block with similar students can post radically different results. I Got Schooled is evocative and will encourage educators and non-educators to debate the keys to great schools. A must-read given educational excellence for all students is the key to unlocking our country’s potential.”

“Filmmaker Shyamalan makes his nonfiction debut with this engaging presentation of the results of his research into methods for closing America's education gap.. . . . A lively, provocative contribution from an outsider with his own way of addressing the problem.”

"The book's conversational tone and appealing humor yields an engaging narrative of one Hollywood director's struggle to find out what works in the best schools, and how we can apply those insights to the rest."

"Shyamalan is smart and sincere, and his innovative ideas are unbound by the educational establishment."