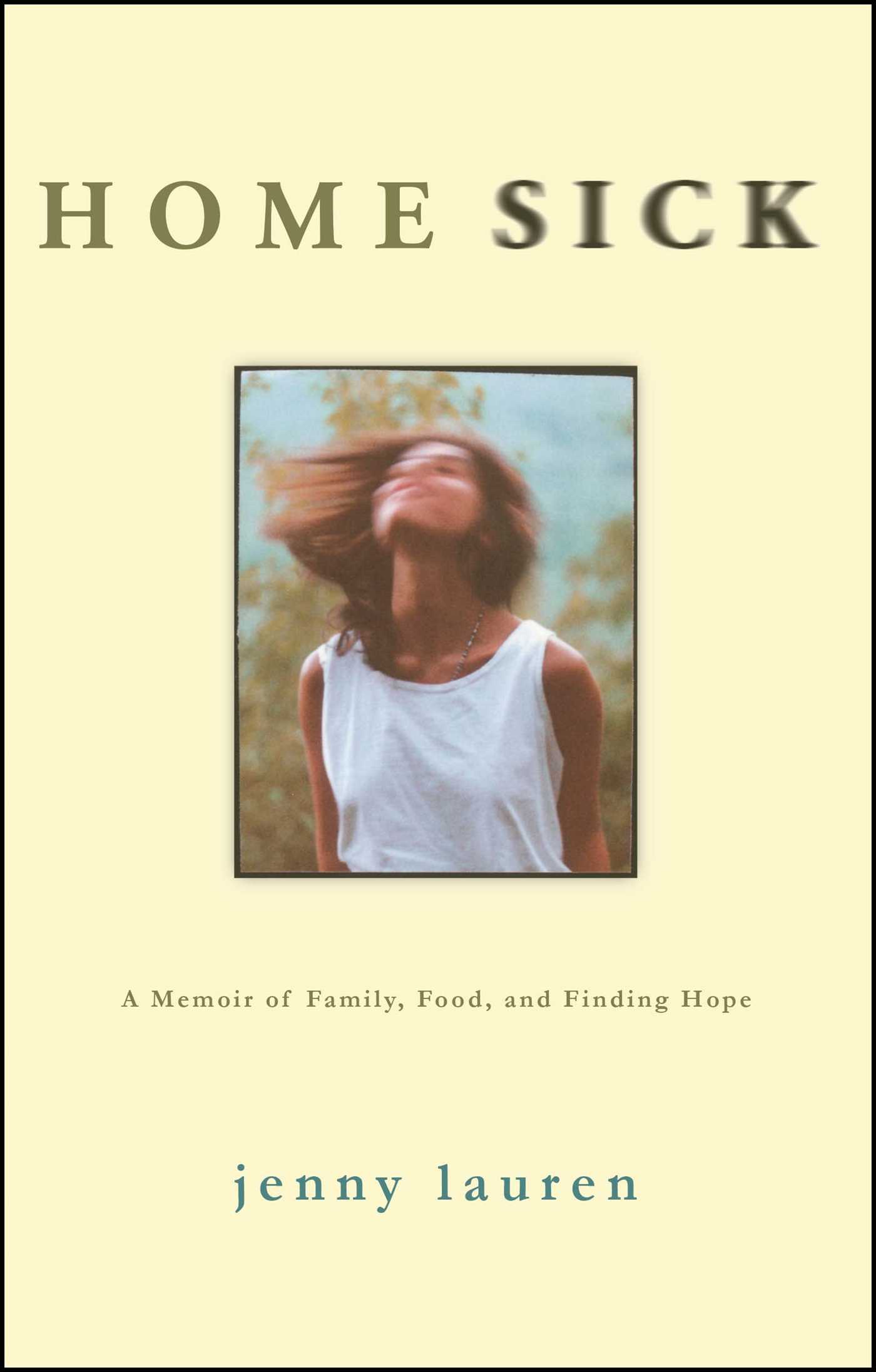 By Jenny Lauren
LIST PRICE $19.99
PRICE MAY VARY BY RETAILER

With captivating blue eyes and dark hair, Jenny Lauren looked as though she'd stepped out of one of the ads for which her uncle, Ralph Lauren, is famous. It was not long, however, before she found herself in a world where it was easy to see herself as less than perfect. She was ten years old when she first starved herself. After many years of bingeing, purging, and compulsively exercising, her body fell apart. Her colon herniated and she was forced to undergo surgery. At twenty-four, living in chronic pain, she wrote Homesick as a cautionary tale that she hoped would touch many.
This unflinching account details her struggle with anorexia and bulimia, yet is also a much larger story that focuses on universal issues: the intricacies of family ties, the pressures of society, the search for selfhood, and ultimately the power of hope. With flashes of wit and a knowing beyond its young writer's years, Homesick is a riveting and emotionally complex story of pain and hard-won recovery that no reader will forget.

By clicking 'Sign me up' I acknowledge that I have read and agree to the privacy policy and terms of use. Free ebook offer available to NEW US subscribers only. Offer redeemable at Simon & Schuster's ebook fulfillment partner. Must redeem within 90 days. See full terms and conditions and this month's choices.
Homesick
Jenny Lauren

1)      Jenny Lauren cleverly entitles her memoir “Homesick.”  How is this title significant? Does it reflect the themes she focuses on in her book?

2)      It is very important to Jenny (for understandable reasons) that her doctors take her physical ailments seriously and not treat her as though she is insane.  Finally, in Dr. P, it seems that Jenny gets the kind of treatment she is looking for.  But why do so many other medical professionals incorrectly assume her problems are mostly mental?  Is this medical hubris—do the doctors simply dismiss what they cannot understand in order to protect their own egos?—or is there something larger going on in terms of how doctors (many of them male) relate to their female patients?  In the not so distant past, the medical community at large dismissed a whole host of female problems as “hysteria”—a phenomenon that the Greeks believed was caused by a wandering uterus.  Is this the modern equivalent?

3)      At one point, Jenny explains to Dr. P, who is somewhat skeptical about alternative healing: “Alternative medicine understands that everything in a person’s constitution is connected, and that one internal function depends on another” (194).  Unlike Western medicine, where you see a different doctor for every area of your body (as Jenny mentions), alternative medicine seeks to treat the person as a whole, treating the patient, not the disease or disorder.  What lies at the heart of Western medicine’s desire to compartmentalize the body?  Do you think there are things to be learned from a non-Western approach?  Are the two mutually exclusive?

4)      At the healing seminar, Jenny encounters many alternative points of view; one that seems to resonate with her is the idea that: “illness is a metaphor for unhappiness” (196).  In your opinion, does this seem likely to you—that disease is simply a state of mind?  In what ways might a point of view like this be dangerous, in essence, blaming the victim for that which he or she cannot control?  It is natural to want to assign blame for an illness—but is it constructive to do so?

5)      For Jenny, this idea prompts her to do some soul searching and ultimately supports her already pervasive suspicion that she has brought this illness on herself.  Jenny struggles with this guilt throughout her memoir.  Why do you think she feels responsible?  It is clear that Jenny does not wish to be sick—that her eating disorder was a compulsion over which she had little control.  Why then does she blame herself?  Does blaming herself complete the cycle of guilt and self hatred that she is trapped in?

6)      While trying to figure out why she has feelings for Doctor P, and why she often feels compelled to challenge the boundaries between herself and older men, Jenny writes: “I think it’s because I find them strong, wise, and passionate about what they do.  They’re lustful for life…but I think it’s also because many older men have already dealt with their own demons” (199).  Do you think this is true, or does Jenny place the older men in her life on pedestals?  Does the kind of wisdom she describes generally characterize men of a certain age?  What about women?

7)      Throughout her memoir, Jenny contends with the fear of losing her parents.  During a psychiatric session with both of them she even admits: “Sometime I’m so scared of my parents dying, that sometimes I think if they died, I’d start living.” (163)  It’s normal for people to be anxious about the idea of losing their parents, but why does this idea consume Jenny to the point where it becomes debilitating?

8)      Discuss Jenny’s time in Brazil and the various meditation exercises that she took part in there.  Although she does not appear to receive a miracle cure, Jenny returns to New York rejuvenated.  In fact, upon coming back to her family, it almost seems that she has finally reached the end of her long, arduous journey.  What do you think John of God and the people at his healing center did for Jenny that the entire medical community of New York City could not?

9)      “I am a kept woman suffocating on guilt, lacking a sense of identity, wondering if that is why I’m sick” (81). In what ways does this quote, which comes early on in the book, get to the heart of much of Jenny’s mental suffering?  Talk about Jenny’s sense of identity and how it fluctuates as her story progresses.  Although Jenny wholeheartedly embraces her family and, to some extent, embraces the public image that the Lauren Empire has created, she also feels extremely stifled by it, so much so that she spends most of her youth coming to terms with these feelings.  What ultimately brings Jenny to a place where she can separate the world of Lauren and her own sense of self?

10)  According to the National Center for Health Statistics an estimated 65 percent of U.S. adults are either overweight or obese; yet, if you turn on the television or open a magazine thin figures are everywhere.  What accounts for this growing discrepancy between the ideal and the reality?  Is one fueling the other?

11)  The topic of eating disorders has received significant media and popular culture attention over the past few years. But although this problem receives a fair degree of lip service, mass media still encourage women to idolize unrealistically thin body types.  Do you think this trend will ever go away?  Why do women, more than men, face this pressure to be thin?

12)  In her early teens, Jenny is very anxious about getting her period.  “I was afraid they would make me fat…and, yeah, obviously maybe I didn’t want to grow up.  (161) Does her epiphany shed light on a larger problem?  Many young girls develop eating disorders while they are going through puberty and their bodies begin to change.  Do you think they fear becoming women?  Is our cultural fear of fat actually a fear of the female?

13)  Jenny says at one point, “I’ve always wanted to believe I was smart and capable.  But of course it was more important to be thin and beautiful.” (175) Is this an extreme attitude, or do you think many women feel this way in our culture?  Do you think people in higher socioeconomic groups are more or less susceptible to this kind of narcissism? 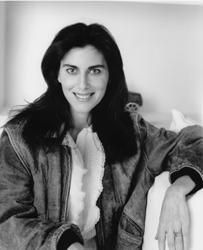 Jenny Lauren grew up in New York City and earned her B.A. from Barnard College. A writer and painter, she currently lives in Manhattan. Visit her website at www.jennylauren.com.

"Jenny Lauren's memoir should be required reading for every teenage girl in America. Like the author, this book is honest, hilarious, brave, tenacious, and shameless, in all the right ways."
-- Pam Houston, author of Sight Hound

"[A] story about learning to accept one's body as one's home."
-- Teen Vogue

"Lauren is intelligent, creative, and a skilled writer, and she evokes empathy."
-- Publishers Weekly

"[O]ne of the most harrowing personal accounts of living with an eating disorder ever published."
-- The Daily Telegraph (London)

"Homesick should be required reading for all pre- and adolescent girls...and any parent who wants to know what's really going on with their daughters."

"As urgent and intimate as a best friend's phone call, Homesick chronicles Jenny Lauren's descent into an Alice in Wonderland medical nightmare. But Homesick is not about sickness. It's about persistence, strength, and the awesome power of one woman's will to fight for herself and get better."

"Almost every girl wakes up one morning wondering whether she's too fat -- but if you're Jenny Lauren, that's a particularly loaded question. The niece of fashion icon, Ralph Lauren, Homesick is a home run for the issue of eating disorders in America. Jenny Lauren courageously chronicles her own battle with bulimia in this raw account, which finally lead me to understand the intricacies of this illness. Her story will certainly help others like herself and their families and actually help save lives."

- Andy Behrman, author of Electroboy: A Memoir of Mania

"Never have I read a more honest account of a life in turmoil and the powerful desire to reshape it. In Homesick Jenny Lauren confronts her 'fashion world' family, her doctors, therapists, and -- most of all -- herself, and her ruling passion to starve. This memoir is bare-bones beautiful."

- Barbara Robinette Moss, author of Change Me into Zeus's Daughter

By Jenny Lauren
LIST PRICE $19.99
PRICE MAY VARY BY RETAILER