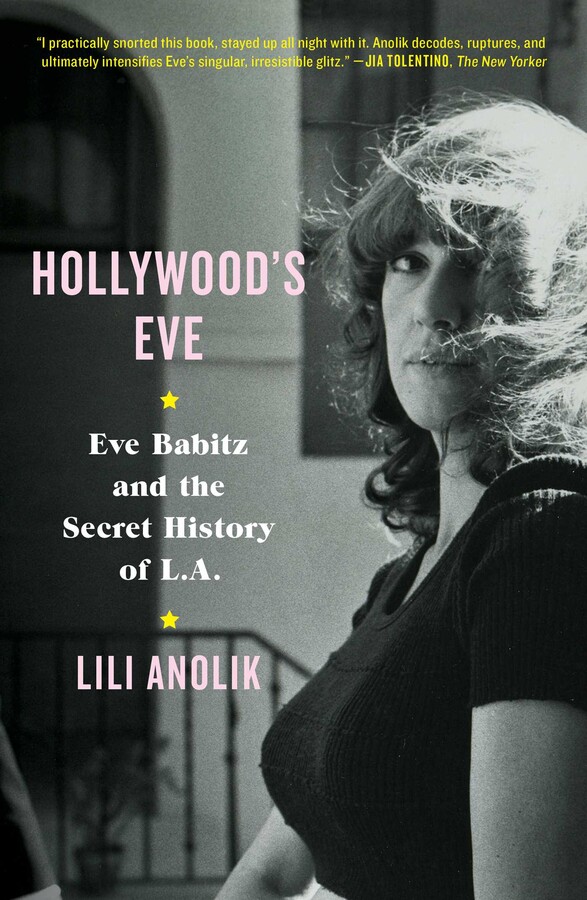 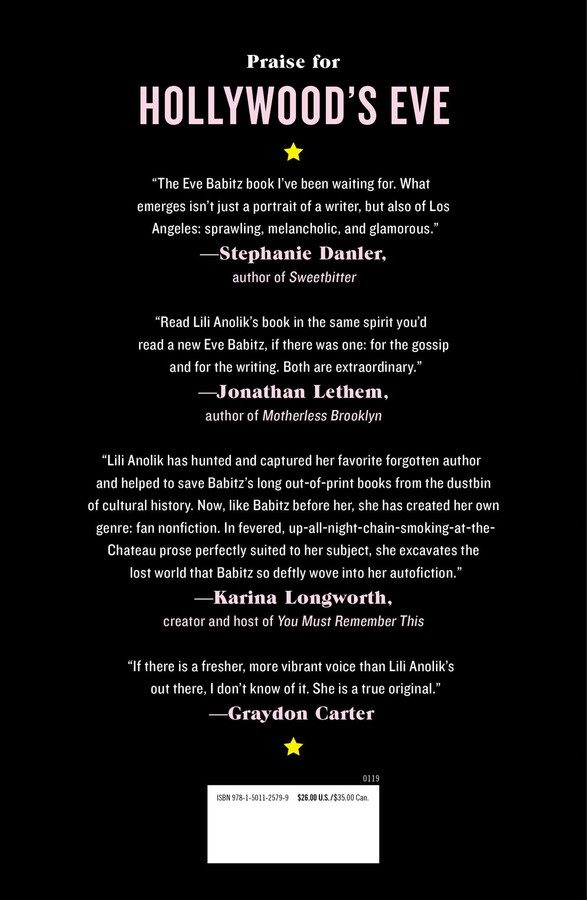 By Lili Anolik
LIST PRICE $26.00
PRICE MAY VARY BY RETAILER

“I practically snorted this book, stayed up all night with it. Anolik decodes, ruptures, and ultimately intensifies Eve’s singular irresistible glitz.” —Jia Tolentino, The New Yorker

“The Eve Babitz book I’ve been waiting for. What emerges isn’t just a portrait of a writer, but also of Los Angeles: sprawling, melancholic, and glamorous.” —Stephanie Danler, author of Sweetbitter

Los Angeles in the 1960s and 70s was the pop culture capital of the world—a movie factory, a music factory, a dream factory. Eve Babitz was the ultimate factory girl, a pure product of LA.

The goddaughter of Igor Stravinsky and a graduate of Hollywood High, Babitz posed in 1963, at age twenty, playing chess with the French artist Marcel Duchamp. She was naked; he was not. The photograph, cheesecake with a Dadaist twist, made her an instant icon of art and sex. Babitz spent the rest of the decade rocking and rolling on the Sunset Strip, honing her notoriety. There were the album covers she designed: for Buffalo Springfield and the Byrds, to name but a few. There were the men she seduced: Jim Morrison, Ed Ruscha, Harrison Ford, to name but a very few.

Then, at nearly thirty, her It girl days numbered, Babitz was discovered—as a writer—by Joan Didion. She would go on to produce seven books, usually billed as novels or short story collections, always autobiographies and confessionals. Under-known and under-read during her career, she’s since experienced a breakthrough. Now in her mid-seventies, she’s on the cusp of literary stardom and recognition as an essential—as the essential—LA writer. Her prose achieves that American ideal: art that stays loose, maintains its cool, and is so sheerly enjoyable as to be mistaken for simple entertainment.

For Babitz, life was slow days, fast company until a freak fire in the 90s turned her into a recluse, living in a condo in West Hollywood, where Lili Anolik tracked her down in 2012. Anolik’s elegant and provocative new book is equal parts biography and detective story. It is also on dangerously intimate terms with its subject: artist, writer, muse, and one-woman zeitgeist, Eve Babitz.

Hollywood’s Eve A Note, Slipped to the Reader
Hollywood’s Eve isn’t a biography—at least not in the traditional sense. It won’t attempt to impose narrative structure and logic on life, which is (mostly) incoherent and irrational, lived moment-by-moment and instinctively rather than by grand design and purposefully; or to provide explanations, which (mostly) dull and diminish; or to reach conclusions, which are (mostly) hollow and false. In other words, it doesn’t believe, or expect you to, that facts, dates, timelines, firsthand accounts, verifiable sources tell the tale.

Here’s what Hollywood’s Eve is: a biography in the nontraditional sense; a case history as well as a cultural; a critical appreciation; a sociological study; a psychological commentary; a noir-style mystery; a memoir in disguise; and a philosophical investigation as contrary, speculative, and unresolved as its subject. Here’s what Hollywood’s Eve is above all else: a love story. The lover, me. The love object, Eve Babitz, the louche, wayward, headlong, hidden genius of Los Angeles.

A book can be infatuated—hopelessly, helplessly, heedlessly—same as a person. I’m telling you this not as a way of asking for allowances, but for understanding. In the following pages, things might get a little heated, a little weird, a little out of hand. Now you know why. 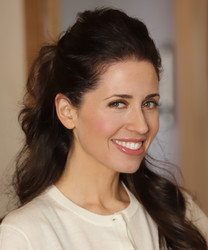 This book is many things—a biography, a critical appreciation, a philosophical investigation, a sociological study, a cultural commentary, a memoir-in-disguise. What it is above all else though, is a love story: the lover, Lili; the love object, Eve Babitz. —Colin H., VP, Editor in Chief on Hollywood’s Eve

“This gripping and glamorous biography is the riveting page-turner you’ve been looking for.” —Andrea Ledgerwood, Esquire, The Best Books of 2019

“A biography of a fascinating and unusual subject…at the heart of this book beats the hard, strong pulse of Babitz’s life and prose, one funny, erratic and unabashed sentence after another.”—Los Angeles Times

“Unputdownable in the way of a great piece of gossip, but it goes much deeper, into the curious relationship between subject and author, genius and acolyte, eccentric and orbiting caregivers.” —Goop

“I finished Hollywood's Eve with my writer's crush on Babitz intact, and with a secondary crush on her biographer” —Shondaland

By Lili Anolik
LIST PRICE $26.00
PRICE MAY VARY BY RETAILER