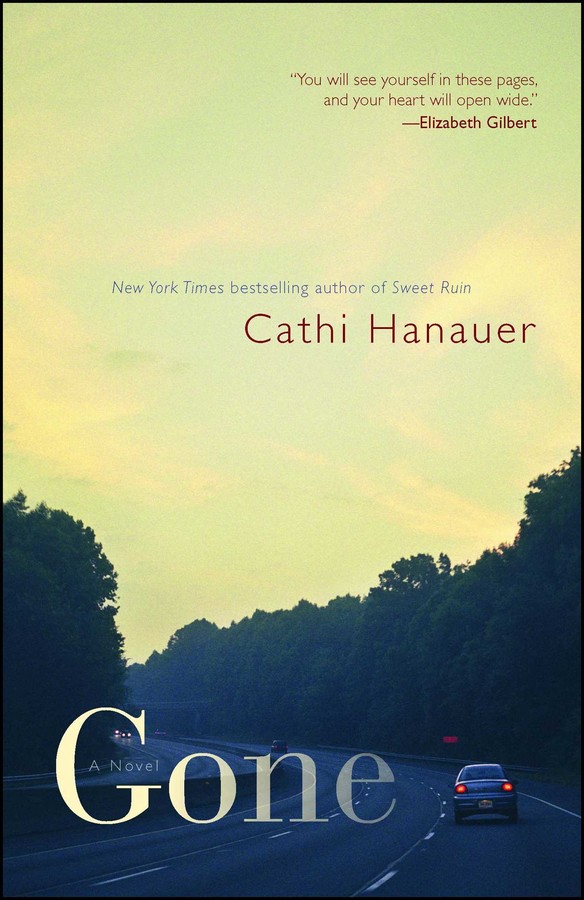 From the editor of the New York Times bestselling essay anthology The Bitch in the House and the novel Sweet Ruin comes a heart-pounding drama about a woman who must hold her family together after her husband disappears.

Called “beautiful, complicated, and often funny” by O, The Oprah Magazine, “clear-eyed” by Vanity Fair, and “rich with relatable characters” by Kirkus Reviews, Cathi Hanauer’s stirring novel is about redefining, in middle age, one’s marriage, one’s career, and even one’s role as parent and friend.

For fourteen years, Eve Adams has worked part-time while raising her two children and emotionally supporting her sculptor husband, Eric. Now, at forty-two, she has a growing private nutritionist practice and a book deal, and Eric’s once-thriving career has hit a slump. When he simply does not come home one night, Eve is forced to shift her family in possibly irreparable ways and to realize that competence in one area of life doesn’t always keep things from unraveling in another.

This reading group guide for Gone includes an introduction, discussion questions and ideas for enhancing your book club. The suggested questions are intended to help your reading group find new and interesting angles and topics for your discussion. We hope that these ideas will enrich your conversation and increase your enjoyment of the book.

Introduction Eve Adams’s husband is gone. After leaving to take the babysitter home, he simply never returns. With two children to raise, a budding career, and plenty of bills that need to be paid, Eve has no choice but to hold herself and her family together. In Gone, New York Times bestselling author Cathi Hanauer presents an honest and compelling story of what it means to grow—both together and apart; what it takes to thrive as individuals; and ultimately, what it means to forgive.


1. Consider the title of this novel. What comes to mind when you think of the word “gone”? Discuss how the concept of leaving and saying goodbye reappears throughout the novel. Who or what is gone, and in what way?

2. The novel opens with Eve’s point-of-view. Were you surprised when the narrative switched to Eric’s perspective? How did the split point-of-view and change in narration affect your reading of the novel? Did you prefer one to the other? Discuss your answer.

3. “She would not talk to him now. It was after 10, she had a big day tomorrow, and though the ringing hadn’t woken the kids, a conversation surely would. No. He had made her wait six days to talk to him. She would call him tomorrow.” (pg. 116) Do you agree with Eve’s decision to ignore Eric’s phone call? How does this decision impact what happens later in the novel? Do you think things would have been different if Eve did just pick up Eric’s call? Why or why not?

. Discuss Eve’s decision to sell The Contradiction. Do you think she made the right choice? What would you have done if you were in her position?

5. Minor characters such as Alexis and Keisha come and go throughout the course of the novel. Though they don’t play significant roles, are there some ways in which they affect the plot or main characters? What do you think Gone would be like without these characters?

6. Eric “Because for what you give up for marriage—autonomy and—you’d better get something good in return. You’d better get a lot. Financial support, great friendship, a good parenting partner…one of them at very least.” (pg. 130). How do other characters define what it means to have a “good marriage”? Discuss the other interpretations of marriage described in Gone. Do you agree with Penelope’s assessment of marriage? Why or why not?

7. On pg. 273, Eric reflects on a scene he witnessed in New York City, in which a man fell on the street and was helped up. Read this passage again. Whose reaction to the story do you identify with more: Eve’s or Eric’s? What does Eric’s and Eve’s different responses tell you about their characters?

8. Discuss Penelope’s character and role in Gone. How would you describe her as a mother? Do you think she is a mirror or a foil to Eve’s character?

9. The notion of forgiveness plays an important role in Eve’s and Eric’s relationship. Discuss how they forgive each other and themselves. Discuss your idea of what it means to forgive. Is there anything that you would consider to be unforgivable? Why or why not?

10. How did you react to Eve’s decision to go to New York after Eric finally returns? Do you believe she always intended to return home? How would you classify this decision? Was it brave? Fair? Selfish?

11. Discuss how the characters in Gone deal with issues like the overwhelming presence of technology, medication, and obesity in our modern lives. How does the author confront and integrate these issues into the narrative? Did your opinions on these issues change in anyway after reading Gone? Why or why not?

12. What did you think of the conclusion of the novel? What unanswered questions, if any, do you have? What do you think is in store for Eve, Eric, and their family?

1. The poem “A Marriage” by Michael Blumenthal is included at the end of the novel in Cathi Hanuaer’s “Note to the Reader.” Take turns reading the poem aloud with your book club members. How do you interpret the poem? How does this poem relate to Eve and Eric’s relationship? Do you think this is an accurate metaphor for marriage? Come up with your own metaphors for being married or for being in a committed relationship to share with the group. 2

. Re-read “Eve’s Simple Ten” on pg. 13–14. Do you agree with her rules for healthy living? What are some of your own rules? Make your book club meeting a healthy one by serving only health-smart snacks. For ideas for what to serve and recipes, visit: http://www.tipsonhealthyliving.com/

3. Cathi Hanauer is also the editor of The Bitch in the House: 26 Women Tell the Truth About Sex, Solitude, Work, Motherhood, and Marriage. Choose one or two essays from collection to discuss at your book club meeting as well. How do these women’s experiences compare to Eve’s? 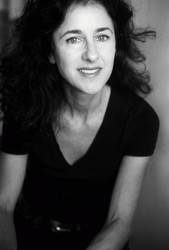 Cathi Hanauer is the author of the novels My Sister’s Bones and Sweet Ruin and the editor of the New York Times bestselling essay anthology The Bitch in the House. Her articles, essays, and/or criticism have appeared in The New York Times, Elle, O, The Oprah Magazine, Glamour, Self, Parenting, Whole Living, and other magazines. She lives with her family in western Massachusetts. Visit her online at CathiHanauer.com.