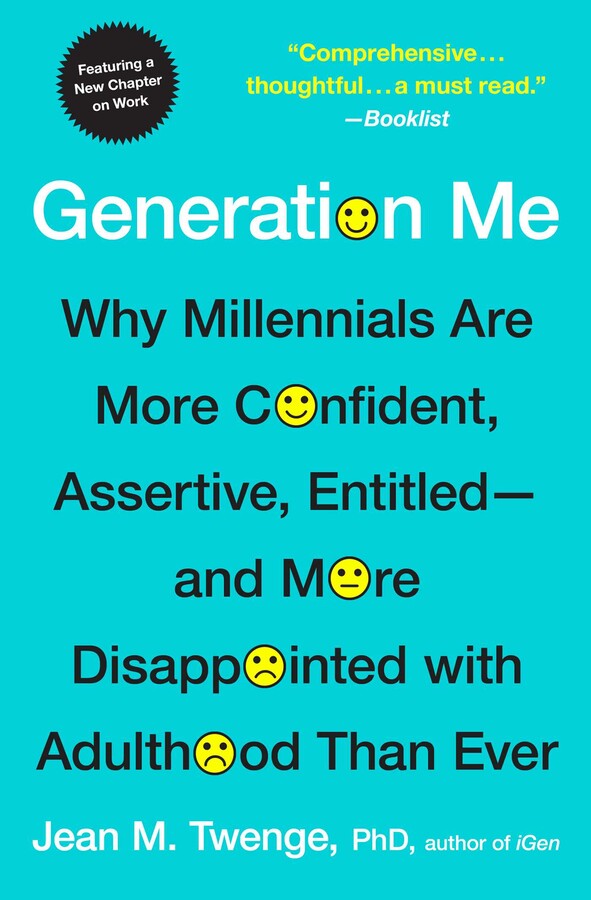 Generation Me - Revised and Updated

Why Today's Young Americans Are More Confident, Assertive, Entitled--and More Miserable Than Ever Before

The Associated Press calls them "The Entitlement Generation," and they are storming into schools, colleges, and businesses all over the country. They are today's young people, a new generation with sky-high expectations and a need for constant praise and fulfillment. In this provocative new book, headline-making psychologist and social commentator Dr. Jean Twenge documents the self-focus of what she calls "Generation Me" -- people born in the 1970s, 1980s, and 1990s. Herself a member of Generation Me, Dr. Twenge explores why her generation is tolerant, confident, open-minded, and ambitious but also cynical, depressed, lonely, and anxious.

Using findings from the largest intergenerational study ever conducted -- with data from 1.3 million respondents spanning six decades -- Dr. Twenge reveals how profoundly different today's young adults are -- and makes controversial predictions about what the future holds for them and society as a whole. But Dr. Twenge doesn't just talk statistics -- she highlights real-life people and stories and vividly brings to life the hopes and dreams, disappointments and challenges of Generation Me.With a good deal of irony, humor, and sympathy she demonstrates that today's young people have been raised to aim for the stars at a time when it is more difficult than ever to get into college, find a good job, and afford a house -- even with two incomes. GenMe's expectations have been raised just as the world is becoming more competitive, creating an enormous clash between expectations and reality. Dr. Twenge also presents the often-shocking truths about her generation's dramatically different sexual behavior and mores.

GenMe has created a profound shift in the American character, changing what it means to be an individual in today's society. Engaging, controversial, prescriptive, and often funny, Generation Me will give Boomers new insight into their offspring, and help GenMe'ers in their teens, 20s, and 30s finally make sense of themselves and their goals and find their road to happiness.

Generation Me at Work

New York investment banks such as Goldman Sachs were known for working young employees hard. Analysts were hired straight out of college on two-year contracts, paid around $100,000 a year, and expected to work 100 hours a week. Until now. In October 2013, Goldman Sachs began discouraging young analysts from working weekends. Instead of two-year contracts, they are permanent employees from the start. Why the change? Many young employees were leaving for private equity funds and start-ups, so the company’s “junior banker task force” suggested ways to keep young employees from quitting.
Chegg, Inc., an online textbook-rental company, had a similar experience—many of its young employees left the company after a year or less. In their exit interviews, GenMe workers said they wanted to be more involved in projects, wanted more time off, and wanted to be able to work wherever they wanted. The company moved quickly to change things, giving younger workers more important roles in projects and instituting unlimited paid vacation. It worked: Turnover among GenMe employees fell by 50% a year for two years.
In our over-time analysis, the largest generational difference appeared in the importance of work and views of work-life balance. More in GenMe said they “worked to live,” unlike the Boomers, who “lived to work.” In 1976, 3 out of 4 (74%) high school senior Boomers said they expected work to be “a central part” of their lives, but by 2012 only 2 out of 3 (66%) felt that way. Under 1 in 4 (23%) Boomers agreed that “work is just making a living,” but 1 out of 3 (32%) GenMe’ers thought so in 2012.
GenMe is also more likely to say they wouldn’t work if they had enough money (28% vs. 23% in 1976). In a small over-time study of adult workers, those in the 2000s (versus the 1970s) were significantly less likely to agree that “rich people should feel an obligation to work even if they do not need to” and “work should be one of the most important parts of a person’s life.” Catalina, 20, reflects, “My generation views work as if it does not matter. It is not taken as seriously as it should be.”
More in GenMe said it was important to have a job with a lot of vacation time, that allowed them to work at an easy pace, and that left a lot of time for other things in their lives. Fifty-three percent of GenMe in 2012 agreed they were “willing to work overtime to do a good job,” down from 60% in earlier years. In one study, college career counselors named “flexible schedules” and “want balance of life and work” among the top three characteristics GenMe wants out of a job. Bill George, a professor at Harvard Business School, says that his students “want an integrated life” and “are committed to having life the way they want it.” How you interpret this trend is a matter of perspective. Americans take much less vacation than most Europeans, who place more value on enjoying life. Perhaps GenMe is taking a page out of that book, wanting to focus on things other than work. Balanced workers may also be better workers. On the other hand, people have to earn a living—and recall that 82% of GenMe thinks it’s important to “be very well-off financially.” So how is GenMe going to achieve these riches while working fewer hours? That’s unclear. 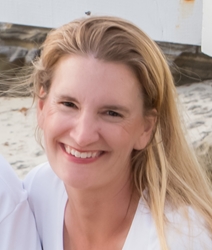 Jean M. Twenge, PhD, a professor of psychology at San Diego State University, is the author of more than a hundred scientific publications and two books based on her research, Generation Me and The Narcissism Epidemic, as well as The Impatient Woman’s Guide to Getting Pregnant. Her research has been covered in Time, The Atlantic, Newsweek, The New York Times, USA TODAY, and The Washington Post. She has also been featured on the Today show, Good Morning America, Fox and Friends, CBS This Morning, and National Public Radio. She lives in San Diego with her husband and three daughters.

"Jean Twenge is not only dedicated as a researcher and social scientist, she is clearly passionate about it. In this forward-thinking, clear-eyed book, she immediately stands out as a social critic of substance, in a world of dogmatic and chattering media pundits who are only guessing when they are 'covering' major social trends and generational changes."

"In this startling, witty, and refreshing book, a pioneering researcher explains how the very personality of the average American is different....Based on careful, groundbreaking research, but filled with touching and amusing stories, this book explains exactly how the American character is changing and evolving, sometimes for the better, sometimes not."

Generation Me - Revised and Updated

Why Today's Young Americans Are More Confident, Assertive, Entitled--and More Miserable Than Ever Before