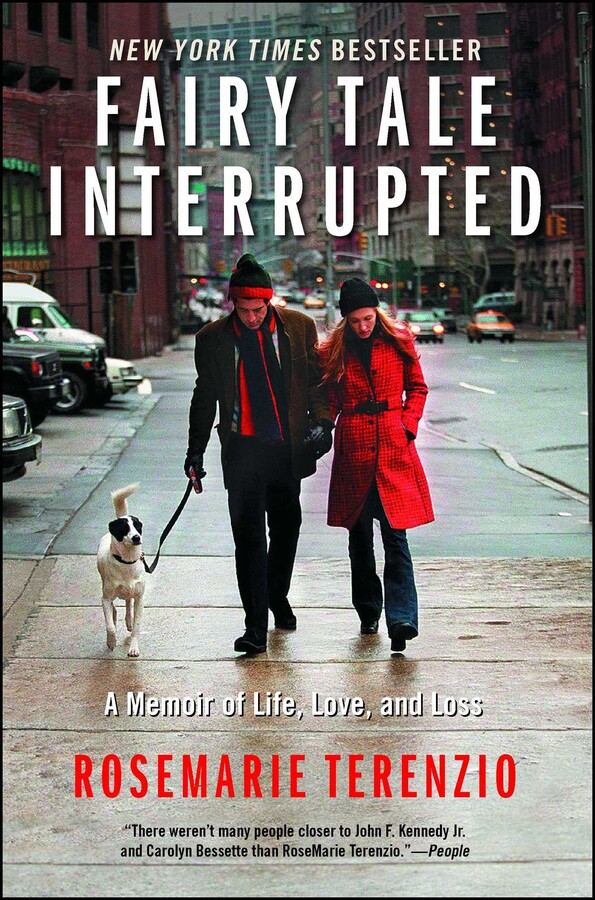 Working Girl meets What Remains in this New York Times bestselling, behind-the-scenes story of an unlikely friendship between America’s favorite First Son, John F. Kennedy Jr. and his personal assistant, a blue-collar girl from the Bronx. Featured in the documentary I Am JFK Jr.!

From the moment RoseMarie Terenzio unleashed her Italian temper on the entitled nuisance commandeering her office in a downtown New York PR firm, an unlikely friendship bloomed between the blue-collar girl from the Bronx and John F. Kennedy Jr.

Many books have sought to capture John F. Kennedy Jr.’s life. None has been as intimate or as honest as Fairy Tale Interrupted. Recalling the adventure of working as his executive assistant for five years, RoseMarie portrays the man behind the icon—patient, protective, surprisingly goofy, occasionally thoughtless and self-involved, yet capable of extraordinary generosity and kindness. She reveals how he dealt with dating, politics, and the paparazzi, and describes life behind the scenes at George magazine. Captured here are her memories of Carolyn Bessette, how she orchestrated the ultra-secretive planning of John and Carolyn’s wedding on Cumberland Island—and the heartbreak of their deaths on July 16, 1999, after which RoseMarie’s whole world came crashing down around her. Only now does she feel she can tell her story in a book that stands as “a fitting personal tribute to a unique boss . . . deliriously fun and entertaining” (Kirkus Reviews).

This reading group guide for Fairy Tale Interrupted includes an introduction, discussion questions, and ideas for enhancing your book club. The suggested questions are intended to help your reading group find new and interesting angles and topics for your discussion. We hope that these ideas will enrich your conversation and increase your enjoyment of the book.

RoseMarie Terenzio was just a typical Italian girl from the Bronx. She grew up, went to college, got a job, and moved into an affordable apartment in Manhattan. That alone could be considered any girl’s dream, and the fact that her job involved daily contact with one of the most famous men in the world certainly put it over the top. As the assistant to John F. Kennedy, Jr., RoseMarie was in the unique position of knowing John as a boss and a friend. She kept his calendar, sorted his mail, sat courtside with him at Knicks games, and provided advice. With fondness and respect, RoseMarie gives a glimpse into the work, marriage, and daily life of JFK Jr., and recounts what it was like to be in the inner circle of America’s most famous couple. Of course there were amazing perks—the best one being John and Carolyn’s friendship—but on that devastating day in July 1999, it all came to a tragic end.

1. How do you interpret the title Fairy Tale Interrupted? What fairy tales could the title refer to?
2. RoseMarie’s role as John’s assistant was more than a full time job, and with it came glamour and excitement, but also sacrifice. Discuss the pros and cons of her job and whether you think the benefits outweighed the costs.

3. Discuss RoseMarie’s relationship with John. Why do you think she was starstruck by other celebrities, but not JFK, Jr.?

4. RoseMarie credits her mother for the way she turned out. How might the specifics of her background and upbringing have prepared her for the world of John Kennedy?

5. It’s clear that the media and the paparazzi were hard on Carolyn, especially after she and John were married. Do you think it was fair for people to say that Carolyn knew what she was getting into?

7. As John’s assistant, RoseMarie often had to be the one to say no, play the bad cop, be the gatekeeper. Do you think she enjoyed this part of her job—looking out for John’s best interests? How did it affect her?

8. Was there anything revealed about John in RoseMarie’s story that surprised you?

9. When Barbara Walters called asking RoseMarie to say something for 20/20 about John’s death, she replied, “Anyone who is going to come on the air tonight doesn’t know anything and is not a close friend of John’s. Trust me.” (p.206) What do you think of her reaction? Do you agree?

10. Why do you think RoseMarie decided to write this book so long after the death of John and Carolyn?

11. The end of the book includes a lot of death. Discuss the different hardships RoseMarie goes through in grieving for Frank, John, Carolyn, and her parents.

12. How has your perspective on John, Carolyn, and the Kennedy family changed after reading this book?

13. RoseMarie writes, “The entire world knew John or, rather, wanted to feel as if they knew him.” (p.229) What do you think she means by this, and do you think it’s true?

1. If you were going to be the assistant to someone famous, who would it be? Go around the group and share your answers.

2. Go online and research some of the George covers that are mentioned in the book: Cindy Crawford on the inaugural issue, Drew Barrymore as Marilyn Monroe, and RoseMarie’s favorite, Howard Stern chopping down the cherry tree. Which cover is your favorite?

3. The death of JFK, Jr. has become one of those moments in history that we can remember where we were when it happened or when we found out. Where were you when you heard of his death? Share your responses with your group members. For more information about the plane crash that killed John and Carolyn, read the Washington Post’s coverage of the tragedy at www.washingtonpost.com/wp-srv/national/longterm/jfkjr/stories.htm. 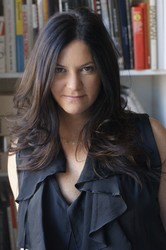 RoseMarie Terenzio was born in the Bronx and served as personal assistant, publicist, and confidante to John F. Kennedy, Jr.

“A window into the time a president’s son tried to make it in New York publishing, in the final giddy years before the Internet changed everything.”
—The Washington Post


“Terenzio doesn’t dwell any longer than necessary on Kennedy’s death . . . but she was in his apartment that night and has a story to tell.”
—The Boston Globe


“No one is better at observing the affairs of a magazine than the boss’s assistant: with sprezzatura to spare, Terenzio delivers tantalizing accounts of staff cattiness and celebrity dealings. . . . A case study of the fascinating relationship between the often unsentimental executive who requests the impossible and the loyal, fiercely protective assistant.”
—Macleans


“Candid. . . . Terenzio deftly reconstructs the wonderfully addictive yet strange and high-pressure world in which she worked. . . . She chronicles her time with Kennedy within the glorious but often brutal bubble that encircled his world, and what he taught her about living.”
—Publishers Weekly


“A memoir of the late nineties, and an era gone by. . . . A suitably emotional ending, an up-close-and-personal account.”
—Celebrity Books


“Fairy Tale Interrupted joins a long list of books about one of America’s most tragic families. It’s probably one of the most personal and heartfelt narratives. . . . It makes Kennedy more human and shows a lovable side that should be regarded as sweet tribute to his memory.”
—Austin American-Statesman