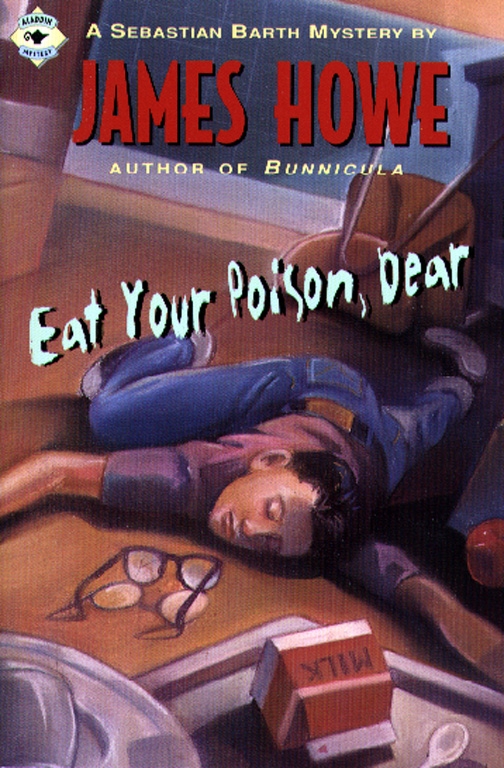 Cafeteria food may be hazardous to your health.
Poor Milo Groot -- he's sprawled on the cafeteria floor, his cracked glasses inches away from his white face. Could it be the apple chili dogs?
Could it be poison?
Kids at the middle school are dropping like flies, and Sebastian Barth suspects there's something fishier than tuna dreamboats behind the epidemic. The trouble is, too many cooks have had the chance to spoil the stew.
Sebastian finds out.
At least he thinks he does, but he soon discovers that whipping up a dramatic disclosure without all the ingredients is a recipe for disaster.


“ . . . Hilarious and poignant . . . An upbeat and reassuring novel that encourages preteens and teens to celebrate their individuality.” —Publishers Weekly

« “Howe tells the truth about the pain and anger caused by jeers and name-calling in a fast, funny, tender story that will touch readers.” —Booklist, starred review

Bobby, Skeezie, Addie, and Joe are “the misfits.” Bobby is fat. Skeezie dresses like it’s 1957. Addie is tall, brainy, and outspoken. And Joe is gay. They’re used to being called names, but they know they’re better than the names they’re called.

Besides, they’ve always had each other when times got tough. And surviving seventh grade looks like it’s not going to be easy. Starting with Addie’s refusal to say the Pledge of Allegiance and her insistence on creating a new political party to run for student council, the Gang of Five, as the four friends call themselves, is in for the year of their lives. It’s a year in which they learn about politics and popularity, love and loss, and what it means to be a misfit. After years of insults, the Gang of Five is determined to stop name-calling at their school. Finally, they are going to stand up and be seen—not as the one-word jokes their classmates have tried to reduce them to, but as the full, complicated human beings they are just beginning to discover they truly are.


• Why do you think the author chose the character of Bobby Goodspeed to tell the story of The Misfits? Could you see another character narrating the novel instead? How would the novel be different with another narrator? How is Bobby wise beyond his years?

• The Misfits is a uniquely written novel. Part of the story is written in prose and part of it is in a play format. Do you like this style of writing? Did it help you to learn more about the characters as you were reading?

• Celebrating one’s individuality is a strong theme throughout The Misfits. Which characters “celebrate their individuality” more than others?

• Other characters in The Misfits have also endured a loss. These losses have shaped their personalities and have affected each of them differently. Discuss how this is so. Is there a “right” way to deal with loss?

• How do you feel about the character of Addie? Do you find her frustrating, or refreshingly honest? Would you be friends with Addie if you had the opportunity? Can you sympathize with Ms. Wyman regarding her feelings toward Addie? Do you think that Ms. Wyman was once a little like Addie when she was younger? And how is Addie ultimately like Ms. Wyman?

• Bobby, Skeezie, Addie, and Joe rebel against name-calling and base the platform for their new political party on banishing name-calling. However, they are guilty of calling people names themselves. Cite examples throughout the book where they fall into this trap. Do you think they realize that they are name-callers? Is name-calling a natural part of who we are or is it learned? Can name-calling ever be a positive thing?

• Examine and discuss the following pairings: Bobby and Mr. Kellerman, Addie and Ms. Wyman, Joe and Colin. How does each relationship demonstrate how people who seem outwardly very different can actually be very much alike?

• The role of family is significant in the development of each character in The Misfits. Talk about each character’s connection with his or her family. How do the families help to define each character?

• Bobby is surprised to discover that Pam was not popular when she was his age. How is this eye-opening and ultimately inspiring for Bobby? Do you think that Ms. Wyman, Mr. Kellerman and Bobby’s dad were “popular” when they were in seventh grade, or do you think they were more like the Gang of Five?

• Bobby tells his friends that his dad says, “It’s better to just get along [and] not make waves . . . [B]ringing attention can be a dangerous thing.” Why do you think he said this to Bobby?

• Mr. Kellerman makes the comment that “we’re all so ready to believe the worst about ourselves . . . we just accept them without even thinking about what they mean or even if they’re true.” Do you agree or disagree with him?

• The ending of The Misfits gives a glimpse into the Gang of Five’s future. What surprised you about the ending of the story? Can you try to predict how your circle of friends at school will end up one day? • After finishing the story, do you think Addie, Bobby, Skeezie, and Joe are really misfits?

• Does The Misfits present a realistic portrayal of life in middle school or junior high? Why or why not?

• After reading the book, do you wish that any of the characters were your friends? Who and why?

• Do you think it’s possible for two boys or two girls to go out together in your school? Why or why not?

• What do you think of the expression, “That’s so gay,” or “He/she is so gay”? Does being gay or not affect your opinion?

• Is your school and/or your community a safe place to be a “misfit”?

• What is the difference between seeing someone as “different” from you and “less than” you?

• Do you think it’s possible for a mixed-race couple to date in your school? Why or why not?

• Why does Addie refuse to say the Pledge of Allegiance? What do you think of her position? Do you agree or disagree with the position of the principal, Mr. Kiley?

• Of all the characters in the book, who do you think shows the most courage and why?

• Do you think the resolution of the story is realistic or a fairy-tale ending? Is it better for fiction to reflect the way things are or point the way to how things could be?

• Is it possible for unpopular kids to be friends with—or go out with —popular kids? If not, what gets in the way of making this possible?

• Addie, Joe, Bobby, and Skeezie are strong characters. What are their strengths and how do these strengths help them?

• Addie makes assumptions about DuShawn. What are they and what does she learn that’s different from what she thought? Discuss other assumptions the characters make and what they’re based on. What assumptions do you make about groups or types of people?

• Discuss the character of Kelsey. What is it that makes someone “painfully” shy?


• Research the history of name-calling. Did you know that in the past, people were jailed or even killed for calling people names? Research historical situations where this was an outcome of name-calling. Can name-calling still carry significant consequences in today’s world? When has name-calling been used to oppress people?

• Cite situations today where name-calling is used to ruin a person’s reputation. Provide current examples involving celebrities, members of the media, politicians, or local figures by reading the newspaper or scanning the Internet for several days or a week.

• Find out more about the different political parties that exist in the United States, other than the Republican and Democratic parties. Why and when were these political parties launched, and what do they stand for? What party would you join?

• If you had the opportunity to create a new political party for a school election, what would your platform be? How would you promote the party? Design several potential election posters with different logos and share them with your classmates.

• Talk with your parents, grandparents, a teacher, or an older sibling about their experiences in middle school or junior high. Do they reveal anything surprising? Did you have any preconceived notions about that time in their lives, only to find out that they were actually very different?

• Research the history of the Pledge of Allegiance and the controversies that have arisen over its use in schools and students’ refusal to participate in its recital.

• Research the experiences of gay students in the past and the present. An excellent resource is www.GLSEN.org, the website of GLSEN (the Gay, Lesbian, and Straight Education Network).

• Write about your own experiences of being a misfit, or what you imagine it is like for others who don’t fit into the mainstream in your school. 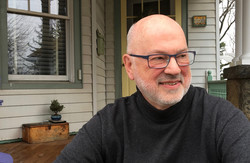 James Howe is the author of more than ninety books for young readers. Bunnicula, coauthored by his late wife Deborah and published in 1979, is considered a modern classic of children’s literature. The author has written six highly popular sequels, along with the spinoff series Tales from the House of Bunnicula and Bunnicula and Friends. Among his other books are picture books such as Horace and Morris but Mostly Dolores and beginning reader series that include the Pinky and Rex and Houndsley and Catina books. He has also written for older readers. The Misfits, published in 2001, inspired the nationwide antibullying initiative No Name-Calling Week, as well as three sequels, Totally Joe, Addie on the Inside, and Also Known as Elvis. A common theme in James Howe’s books from preschool through teens is the acceptance of difference and being true to oneself. Visit him online at JamesHowe.com.