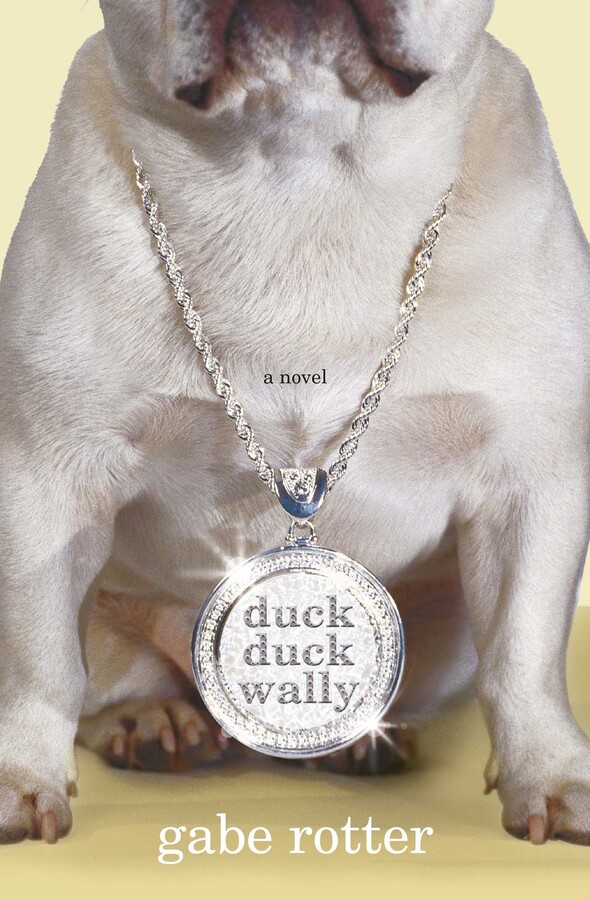 By Gabe Rotter
LIST PRICE $14.99
PRICE MAY VARY BY RETAILER

GET SHORTY MEETS THE BIG LEBOWSKI IN THIS ROLLICKING MODERN COMEDY BY A CLEVER AND HILARIOUS NEWCOMER.

Meet Wally Moscowitz. His day job is top secret. As ghostwriter for Oral B, the most famous gangsta rapper in the world, Wally is the real mastermind behind Godz-Illa Records' best-selling artist, and the best-kept secret in the Industry. But if word gets out about Wally's true profession, Godz-Illa's kajillion-dollar rap empire will be sunk, and Wally will be dead meat.

When Wally comes home one particularly bizarre afternoon to find a ransom note and his best friend and dog, Dr. Barry Schwartzman, missing, Wally goes to great lengths to stop the dognappers while keeping the big secret under wraps. He must, if he wants to walk away with his job, not to mention his life, intact.

The hunt for Dr. Schwartzman and the blackmailing thug who is trying to reveal hip-hop's biggest conspiracy becomes a wild-goose chase in which everyone becomes a suspect: Sue Schadenfreude, Wally's girlfriend, who makes a pretty penny massaging Barbra Streisand's papillon, Yenta; Pardeep Vishvatma, Wally's neighbor, who keeps a watchful eye on all the suspicious characters lurking about the hood; Jerry Silver, Wally's slick-rick, self-styled superagent; Abraham "Dandy" Lyons, Wally's boss and Godz-Illa's CEO-badass with Suge Knight's street cred and Tony Soprano's "friends"; Jem, the fiery, achingly familiar vixen who steals Wally's heart; Yo Yo Pa and Teddy Bizzle, Oral B's entourage; and the mysterious mob crew: Five-two Lou, Six-seven Kevin, and Balsamic Vinny, who show up when Wally needs them most.

Duck Duck Wally is a hilarious romp through the absurdities of Los Angeles, the bombastic details of hip-hop culture, and a day in the life of what was supposed to be the painfully ordinary existence of Wally Moscowitz. 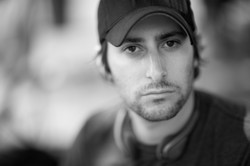 A native of New York, Gabe Rotter now permanently resides in Los Angeles with his wife and two children. He graduated from the film school at The University of Southern California, and since has worked in television, produced a feature film, penned the novels Duck Duck Wally and The Human Bobby, published a comic book, and is currently a producer on the 2016 reboot of The X-Files on Fox. He has several of his own projects in development for film and television adaptation.

"Gabe Rotter will revolutionize the current political landscape with this authoritative, influential analysis of America's policy agenda. Okay, maybe not. But Wally Moscowitz for President."

-- Arianna Huffington, cofounder and editor in chief of The Huffington Post and author of On Becoming Fearless

"I thought I was funny. But after reading Duck Duck Wally, I'm not funny at all. Gabe Rotter is. (Even his name sounds funny.)"

-- Chuck Barris, author of The Big Question and Confessions of a Dangerous Mind

"I thoroughly enjoyed the hilarious, original, and very strange Duck Duck Wally. Gabe Rotter is hugely talented, extremely funny, and, I suspect, a complete lunatic -- a lunatic who sure can rhyme. Read this book fo shizzle."

"Duck Duck Wally brilliantly exploits the absurdities of modern pop culture. Rotter's menagerie of oddball characters will have readers hooked from page one."

"In addition to being a kick-ass debut novel, Duck Duck Wally is a complete abs workout that will tone and tighten your entire core! I haven't laughed this hard in a long time."

-- Will Clarke, author of The Worthy and Lord Vishnu's Love Handles

"[Duck Duck Wally] pays entertaining dividends in this slapstick send-up of show business in general and hip-hop in particular...there are plenty of laughs in this debut novel"

By Gabe Rotter
LIST PRICE $14.99
PRICE MAY VARY BY RETAILER