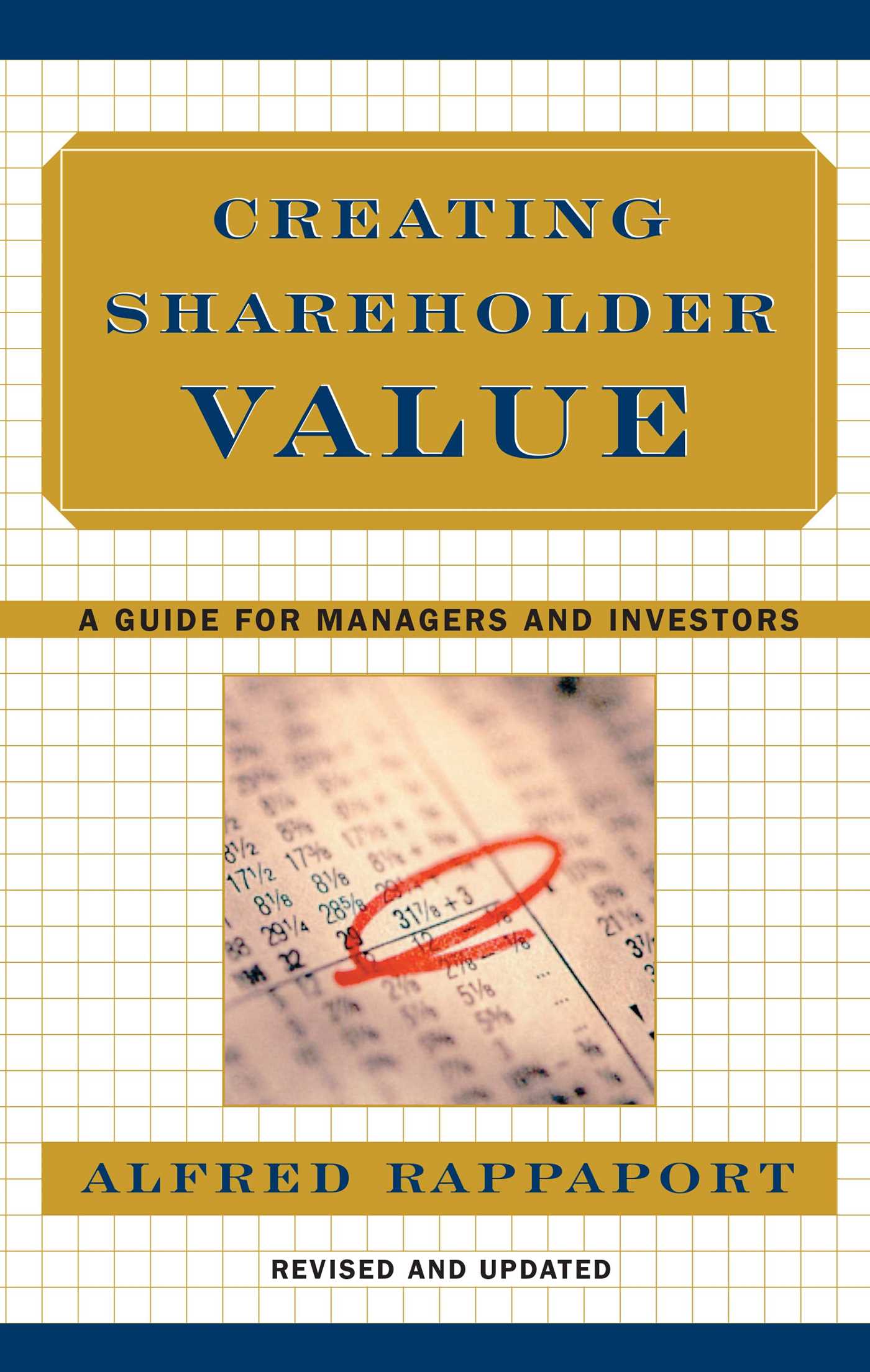 A Guide for Managers and Investors

By Alfred Rappaport
LIST PRICE $38.00
PRICE MAY VARY BY RETAILER

A Guide for Managers and Investors

By Alfred Rappaport
LIST PRICE $38.00
PRICE MAY VARY BY RETAILER