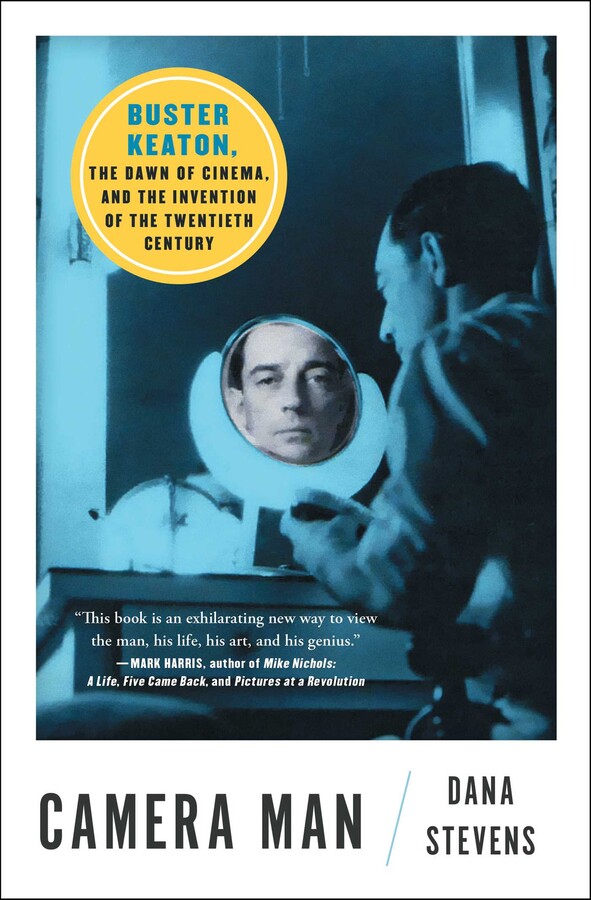 By Dana Stevens
LIST PRICE $14.99
PRICE MAY VARY BY RETAILER

In this genre-defying work of cultural history, the chief film critic of Slate places comedy legend and acclaimed filmmaker Buster Keaton’s unique creative genius in the context of his time.

Born the same year as the film industry in 1895, Buster Keaton began his career as the child star of a family slapstick act reputed to be the most violent in vaudeville. Beginning in his early twenties, he enjoyed a decade-long stretch as the director, star, stuntman, editor, and all-around mastermind of some of the greatest silent comedies ever made, including Sherlock Jr., The General, and The Cameraman.

Even through his dark middle years as a severely depressed alcoholic finding work on the margins of show business, Keaton’s life had a way of reflecting the changes going on in the world around him. He found success in three different mediums at their creative peak: first vaudeville, then silent film, and finally the experimental early years of television. Over the course of his action-packed seventy years on earth, his life trajectory intersected with those of such influential figures as the escape artist Harry Houdini, the pioneering Black stage comedian Bert Williams, the television legend Lucille Ball, and literary innovators like F. Scott Fitzgerald and Samuel Beckett.

In Camera Man, film critic Dana Stevens pulls the lens out from Keaton’s life and work to look at concurrent developments in entertainment, journalism, law, technology, the political and social status of women, and the popular understanding of addiction. With erudition and sparkling humor, Stevens hopscotches among disciplines to bring us up to the present day, when Keaton’s breathtaking (and sometimes life-threatening) stunts remain more popular than ever as they circulate on the internet in the form of viral gifs. Far more than a biography or a work of film history, Camera Man is a wide-ranging meditation on modernity that paints a complex portrait of a one-of-a-kind artist. 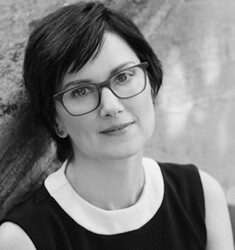 Dana Stevens has been Slate’s film critic since 2006. She is also a cohost of the magazine’s long-running culture podcast, Culture Gabfest, and has written for The New York Times, The Washington Post, The Atlantic, and Bookforum. She lives with her family in New York. Camera Man is her first book. You can follow her on Twitter @TheHighSign.

“In this innovative, exciting combo of biography, history, essay, and acute cultural analysis, Dana Stevens does something I would have thought impossible—she tells the story of Buster Keaton’s life as if it were a Buster Keaton movie. This book is an exhilarating new way to view the man, his life, his art, and his genius.” —MARK HARRIS, author of Mike Nichols: A Life, Five Came Back and Pictures at a Revolution

"This book is as dazzling as a silent movie flickering before you in a dark room. Stevens has managed the rare feat -- conjuring a life in all its specific detail while placing it in a modern context so that it becomes newly vital. Buster Keaton leaps off the page.” —RACHEL SYME, staff writer, The New Yorker

“In her brightly written and incredibly well-researched book, Dana Stevens celebrates the enduring filmic presence of Buster Keaton—"The Great Stone Face"—even while transforming him into a guidepost and compass from which to survey the spectacular rise of American popular culture in the modern era. Camera Man offers a unique kaleidoscope of cultural history, film criticism, and fascinating stories and anecdotes, filtered through Stevens’ distinctly modern sensibility and held together, in the end, by the slight but mesmerizing figure of Keaton himself.” —JAMES SANDERS, author of Celluloid Skyline: New York and the Movies and co-writer of the award-winning PBS series New York: A Documentary Film

"The world has been waiting for a Buster Keaton chronicler like Dana Stevens, who unfolds the great man’s archetypal American life with uncommon wit and grace. But Camera Man offers so much more than biography, revealing its subject as the embodiment, and the instigator, of a turbulent century’s transformations. Vaudeville and Hollywood, disruptive technologies and shifting mores, the complications of race and class and gender, the collisions of art and commerce—Stevens packs it all into an electric, genre-busting book that tosses up new ideas, arguments, and aperçus on every page. It’s a literary highwire act in the spirit of Buster’s famous cinematic set-pieces: a stunt with soul.” —JODY ROSEN, author of Two Wheels Good: The History and Mystery of the Bicycle

"Buster didn't talk, but luckily Dana Stevens is here to tell us how the Great Stone Face invented a new film language. This rollicking read vivifies the era of innovation and upheaval that shaped the artist who shaped cinema for the next century and counting.” —AMY NICHOLSON, author of Tom Cruise: Anatomy of an Actor and the forthcoming Extra Girls

"I have written three books on Buster Keaton’s work, and have barely scratched the surface of his deep and amazing talent. Stevens' book fills in a lot of gaps with a fan’s passion and a scholar’s insight.  It is a fine contribution to the continuing scholarship on one of cinema’s most brilliant comedians and filmmakers. “ —JAMES L. NEIBAUR, author of Buster Keaton's Silent Shorts: 1920-1923, Arbuckle and Keaton, and The Fall of Buster Keaton

"An inspired merger of biography, film criticism and social history, this smartly-written, impressively researched book, with its worldly, intelligent grasp of the aesthetic and business sides of movies, deserves a place in every movie-lover's library." —PHILLIP LOPATE, film critic and author of The Art of the Personal Essay: an Anthology from the Classical Era to the Present

"More than a biography of Buster Keaton, this is a stunning, extensively researched, and eminently readable cultural history." —Library Journal (starred review)

By Dana Stevens
LIST PRICE $14.99
PRICE MAY VARY BY RETAILER