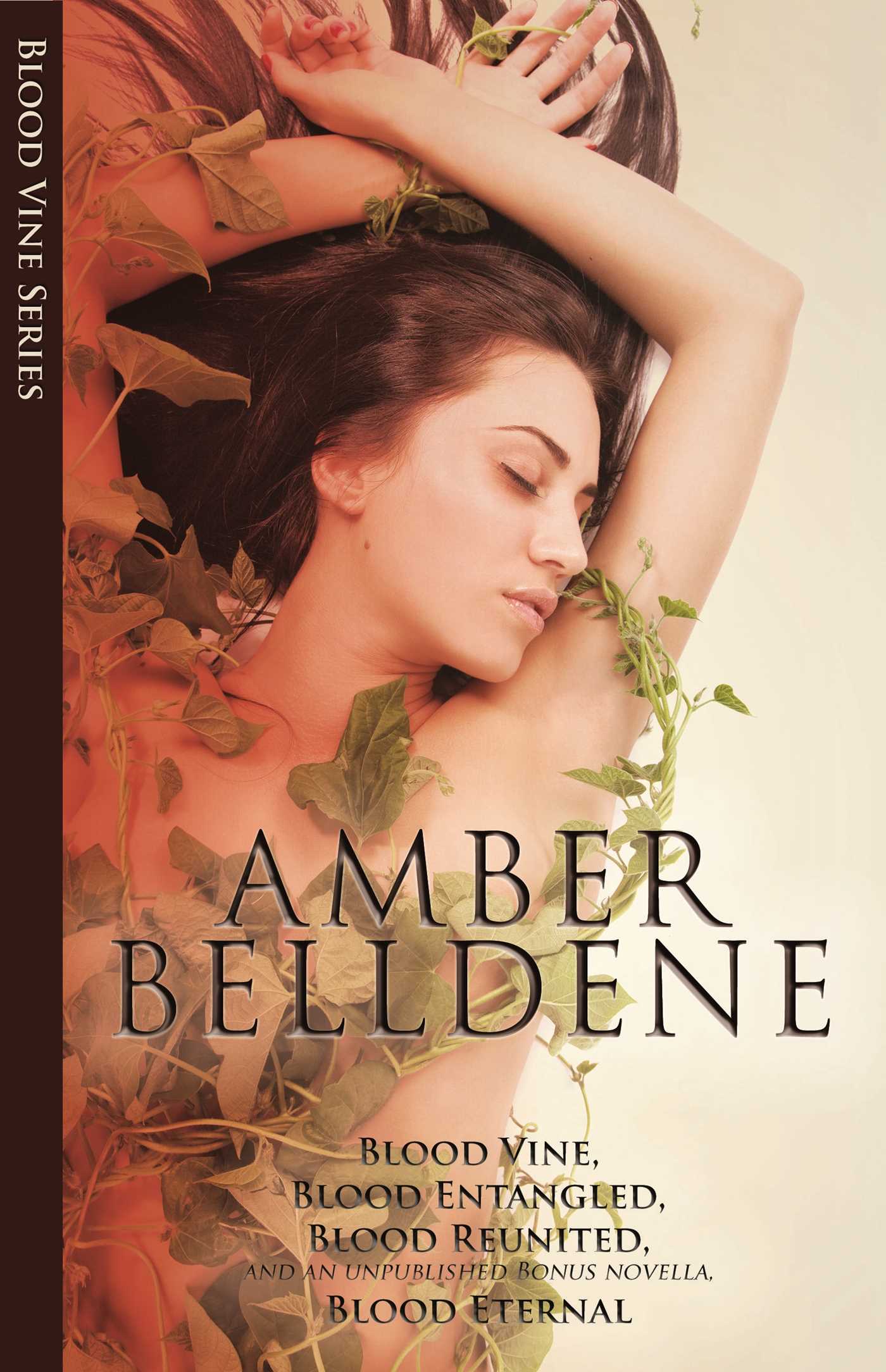 Book #4 of The Blood Vine Series
By Amber Belledene
LIST PRICE $4.99
PRICE MAY VARY BY RETAILER

Blood Vine: In Blood Vine, bites are an inconvenient bliss, exiled vampires are wasting away, and the fate of their kind depends on the perfect PR campaign.

When public relations pro Zoey Porter arrives at an enchanting California winery, she discovers her sexy new client is the almost one-night stand she can't forget. After her husband's suicide, Zoey has vowed never to risk her heart again. But can she walk away from the intriguing winemaker a second time?

Driven from Croatia by his ancient foes, vampire Andre Maras has finally made a blood-like wine to cure his fellow refugees. Now he needs Zoey's PR expertise to reach them. After his wife's death, Andre has a vow of his ownâ€”never to risk another painful blood bond. And one taste of the tempting Zoey would bind him to her eternally.

His secrets stall her PR plans. Her jealousy is stoked by the blissed-out beauties leaving his bedroom. At every turn, he utterly fails to resist her. When she discovers he is a vampire, will she be lost to the golden-eyed Hunters, or lose herself to the emptiness in her heart, before she can help him save his kind?

Blood Entangled : Kos Maras's orderly life is in shambles--he must distribute Blood Vine to a population of ailing vampires, but Hunters block him at every turn. To make matters worse, each night he watches over a temptingly beautiful woman sleeping in his bed. He is convinced love cannot last a vampire-long lifetime and an entanglement will only cause them grief, but he doesn't have the heart to send her away.

From a long line of blood servants, Lena Isaakson is destined to serve a vampire, but a string of humiliating rejections thwarts her pleasure. When Kos shows her kindness, she hopes he will claim her. Instead he proves himself a coward in the face of love and sends her to serve another.

Will the dark seduction of a rakish new vampire finally bring Lena the pleasure she desires or deliver her into the hands of Hunters who want to destroy everything the Maras family has worked for?

Blood Reunited: Brooding vampire halfling and biologist Bel Maras is determined to create a cure for the wasting disease that plagues his vampire family. His work becomes essential as the Hunters intensify their global and bloody campaign. When Bel's cure fails, only his ancient and estranged godmother Uta Ilirije can help. But seeing the ice-cold Uta reveals something shocking--she is his bonded mate.

She may be a dangerous warrior, but Uta feels her failures acutely. She has been unable to protect her kind from Hunters, and vampires are dying out. Worse, she tied Bel to her long ago in an accident of blood, then abandoned him for his own good--a choice he has never forgiven. Many days, she is convinced Bel and the vampires would be better off if she just walked into the sun.

Biology has fated them to be mates. Now these old enemies must overcome their past to save the vampires and come to peace with the bond they never chose.

Book #4 of The Blood Vine Series
By Amber Belledene
LIST PRICE $4.99
PRICE MAY VARY BY RETAILER

More books in this series: The Blood Vine Series