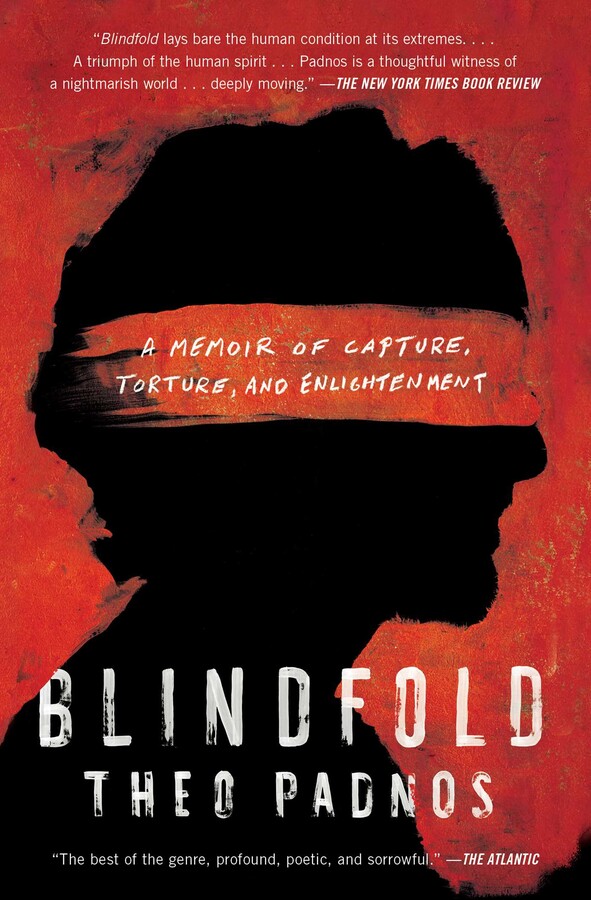 A Memoir of Capture, Torture, and Enlightenment

By Theo Padnos
LIST PRICE $12.99
PRICE MAY VARY BY RETAILER

An award-winning journalist’s extraordinary account of being kidnapped and tortured in Syria by al Qaeda for two years—a revelatory memoir about war, human nature, and endurance that’s “the best of the genre, profound, poetic, and sorrowful” (The Atlantic).

In 2012, American journalist Theo Padnos, fluent in Arabic, Russian, German, and French, traveled to a Turkish border town to write and report on the Syrian civil war. One afternoon in October, while walking through an olive grove, he met three young Syrians—who turned out to be al Qaeda operatives—and they captured him and kept him prisoner for nearly two years. On his first day, in the first of many prisons, Padnos was given a blindfold—a grime-stained scrap of fabric—that was his only possession throughout his horrific ordeal.

Now, Padnos recounts his time in captivity in Syria, where he was frequently tortured at the hands of the al Qaeda affiliate, Jebhat al Nusra. We learn not only about Padnos’s harrowing experience, but we also get a firsthand account of life in a Syrian village, the nature of Islamic prisons, how captors interrogate someone suspected of being CIA, the ways that Islamic fighters shift identities and drift back and forth through the veil of Western civilization, and much more.

No other journalist has lived among terrorists for as long as Theo has—and survived. As a resident of thirteen separate prisons in every part of rebel-occupied Syria, Theo witnessed a society adrift amid a steady stream of bombings, executions, torture, prayer, fasting, and exhibitions, all staged by the terrorists. Living within this tide of violence changed not only his personal identity but also profoundly altered his understanding of how to live.

Offering fascinating, unprecedented insight into the state of Syria today, Blindfold is “a triumph of the human spirit” (The New York Times Book Review)—combining the emotional power of a captive’s memoir with a journalist’s account of a culture and a nation in conflict that is as urgent and important as ever. 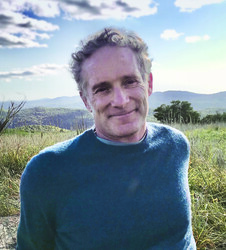 Theo Padnos is the author of Undercover Muslim, which explored everyday life among westerners as they studied in Yemen’s religious academies. He was held prisoner by the Syrian al Qaeda affiliate, Jebhat al Nusra, between 2012 and 2014. A documentary film about his experiences called Theo Who Lived was released in 2016 and was a New York Times Critic’s Pick.

“Lays bare the human condition at its extremes. There is depravity and resilience, rage and revelation, and, ultimately, a triumph of the human spirit…Padnos [is] a thoughtful witness of a nightmarish world…an acutely observed account that is deeply moving in places.”
—New York Times Book Review

"The best of the genre, profound, poetic, and sorrowful."
—The Atlantic

"[I]mmediate and a solid warning to enterprise journalists to give dangerous subjects plenty of distance."
—Kirkus Reviews

“Harrowing and absorbing…Padnos’ exquisitely painful accounts of his torture, and the tortures and deaths of his fellow inmates, both horrify and provoke a strange hope that it can’t get any worse….With emotional clarity, Padnos endows his captors with humanity, casting them as people struggling to survive in a world turned upside down, just as he is.”
—BookPage

“Although this is a book about captivity, suffering and savagery, it is also deeply moving, with shafts of enlightenment on every page. As a testament to the noblest qualities of the human spirit, it is thrilling.”
—Lawrence Wright, author of The Looming Tower: Al-Qaeda and the Road to 9/11

“Theo Padnos was held, isolated, and tortured for almost two years by the al Qaeda affiliate in Syria. It would be hard for such a dramatic account to disappoint, and it doesn’t. But Padnos’s book is so much more. We see a narrator who is deeply human, vulnerable, and compelling. His thoughts are enough like our own that we easily imagine ourselves there, held captive by Islamists. His writing is rich and thoughtful and emotionally revelatory. This is a brilliant book.”
—David Bradley, chairman, Atlantic Media

A Memoir of Capture, Torture, and Enlightenment

By Theo Padnos
LIST PRICE $12.99
PRICE MAY VARY BY RETAILER