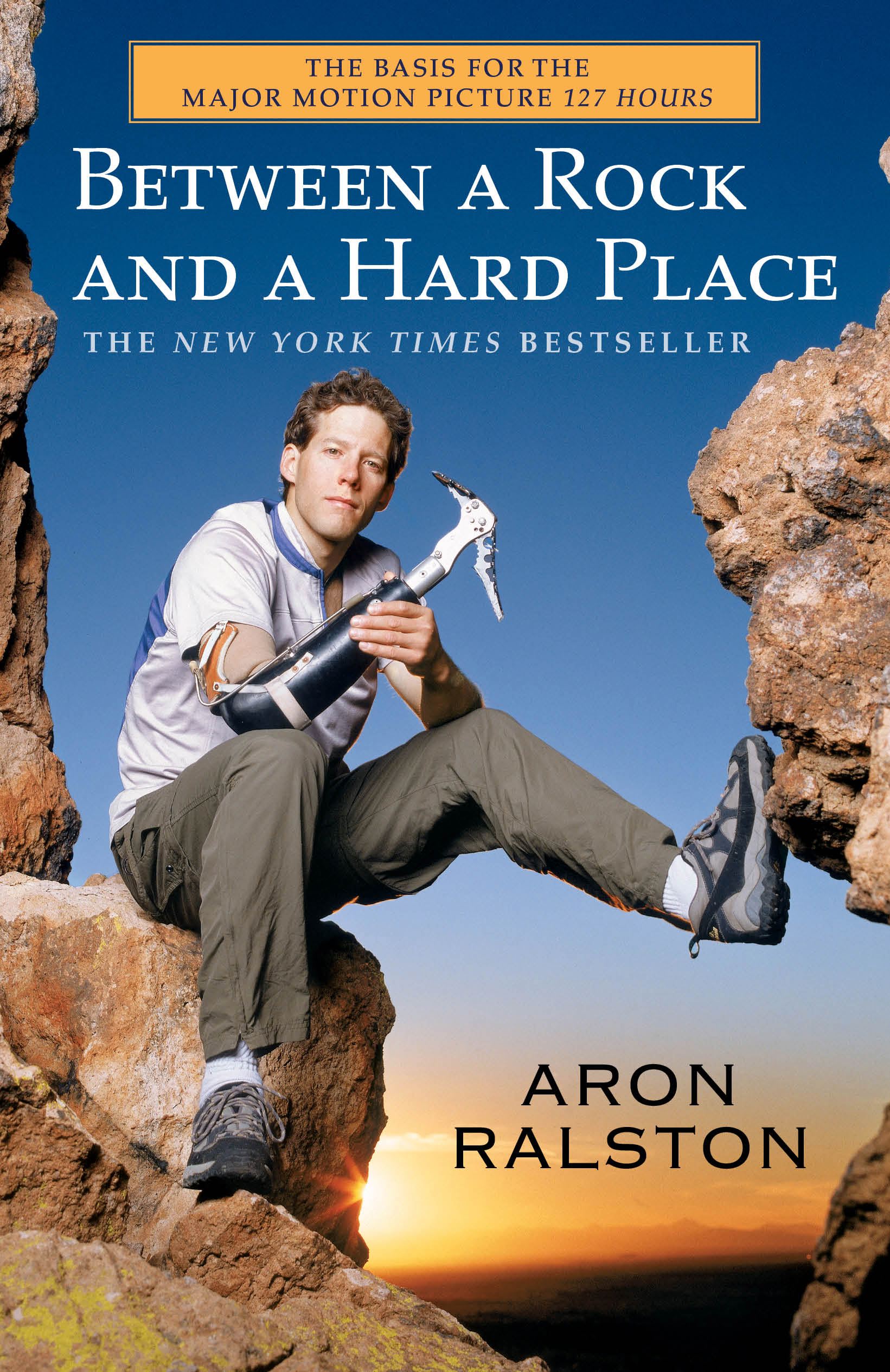 The Basis of the Motion Picture 127 Hours

By Aron Ralston
LIST PRICE $13.99
PRICE MAY VARY BY RETAILER

One of the most extraordinary survival stories ever told -- Aron Ralston's searing account of his six days trapped in one of the most remote spots in America, and how one inspired act of bravery brought him home.
It started out as a simple hike in the Utah canyonlands on a warm Saturday afternoon. For Aron Ralston, a twenty-seven-year-old mountaineer and outdoorsman, a walk into the remote Blue John Canyon was a chance to get a break from a winter of solo climbing Colorado's highest and toughest peaks. He'd earned this weekend vacation, and though he met two charming women along the way, by early afternoon he finally found himself in his element: alone, with just the beauty of the natural world all around him.
It was 2:41 P.M. Eight miles from his truck, in a deep and narrow slot canyon, Aron was climbing down off a wedged boulder when the rock suddenly, and terrifyingly, came loose. Before he could get out of the way, the falling stone pinned his right hand and wrist against the canyon wall.
And so began six days of hell for Aron Ralston. With scant water and little food, no jacket for the painfully cold nights, and the terrible knowledge that he'd told no one where he was headed, he found himself facing a lingering death -- trapped by an 800-pound boulder 100 feet down in the bottom of a canyon. As he eliminated his escape options one by one through the days, Aron faced the full horror of his predicament: By the time any possible search and rescue effort would begin, he'd most probably have died of dehydration, if a flash flood didn't drown him before that.
What does one do in the face of almost certain death? Using the video camera from his pack, Aron began recording his grateful good-byes to his family and friends all over the country, thinking back over a life filled with adventure, and documenting a last will and testament with the hope that someone would find it. (For their part, his family and friends had instigated a major search for Aron, the amazing details of which are also documented here for the first time.) The knowledge of their love kept Aron Ralston alive, until a divine inspiration on Thursday morning solved the riddle of the boulder. Aron then committed the most extreme act imaginable to save himself.
Between a Rock and a Hard Place -- a brilliantly written, funny, honest, inspiring, and downright astonishing report from the line where death meets life -- will surely take its place in the annals of classic adventure stories.

By clicking 'Sign me up' I acknowledge that I have read and agree to the privacy policy and terms of use. Free ebook offer available to NEW US subscribers only. Offer redeemable at Simon & Schuster's ebook fulfillment partner. Must redeem within 90 days. See full terms and conditions and this month's choices.
This reading group guide for 127 Hours includes discussion questions and ideas for enhancing your book club. The suggested questions are intended to help your reading group find new and interesting angles and topics for your discussion. We hope that these ideas will enrich your conversation and increase your enjoyment of the book.

1.         Environmentalist and writer Edward Abbey is something of a hero to Aron Ralston, as Ralston states right near the beginning of his book. “We each hold Edward Abbey—combative conservationist; anti-development; anti-tourism, and anti-mining essayist . . . as a sage of environmentalism [and who said]: ‘Of course, we’re all hypocrites. The only true act of an environmentalist would be to shoot himself in the head. Otherwise he’s still contaminating the place by his mere presence.’” (pp. 11–12)  Where does Aron stand on this particular philosophy? Do you agree with Abbey that we ruin the natural environment by our mere presence within it?

2.         How do the two girls, Megan and Kristi, respond to meeting Aron Ralston? What are their initial reactions to him? Why does he refuse their invitation to attend their gathering? What must he do first?

3.         In Aron’s confrontation with the black bear, we see evidence of extraordinary bravery. “All I could do was keep hiking, hope I didn’t founder in the snow, and pray that the bear would leave me alone . . . I imagined he was sitting there grinning as I struggled to escape him.”  (p. 49) What does this action say about Aron Ralston as a man and about his outlook on life?

4.         Betty Darr, a family friend, suffered from polio, leaving her paralyzed from the waist down. When Aron Ralston and his family went to the Grand Canyon, it was Aron’s responsibility to push her ‘Pony,’ as they called her electric wheelchair. As sunrise neared, Aron had a revelation: “I had never before sat and watched a sunrise for the sake of it, and I wasn’t at all prepared for how majestic it would be.” (p. 60)  What changes occur inside Aron during this experience? How does this event alter his future?

5.         Aron freely admits: “…I developed a passion and urgency to experience and discover the world that borders on obsession.” (p. 60) Do you believe that an “obsession” like this is necessarily a dangerous thing, or is it what pushes you to enjoy life most fully and intensely? Just how far would you go to experience the natural world and all of its wonders? Are there some places and events you are content to witness via a television or movie screen, or do you feel a strong desire to immerse yourself and have all your senses engaged?

6.         As Aron chips away at the boulder that has locked his right hand, he can’t help but reflect on his life before he found himself in this dire predicament, facing starvation and death. What memories from his past occur to him as the days grow longer and his water runs out? How does he cope with facing his own mortality?  Can you imagine how you would react in such circumstances?

7.         Finding himself in precarious situations is nothing new for Aron Ralston. During the winter of 2000 while on a solo expedition to the Kit Carson Mountain and Blanca Peak, a rock shifted under the snow and pinned his leg. With some minor adjustments, he narrowly escaped: “Shrugging off the accident as a brief delay, I nevertheless avoided two other shallowly buried boulder fields during the remainder of the descent.” (p. 94) Did these experiences in some way prepare Aron for the fate that awaited him at Blue John Canyon?   If so, how?

8.         What does Aron mean by the term “deep play?” What is this philosophy? He writes, “Without any potential for any real or perceived external gain—fortune, glory, fame—a person puts himself into scenarios of real risk and consequence purely for internal benefit.” (p. 94) What is gained by the practice of “deep play?” Do you feel a greater admiration for people who undertake dangerous or grueling activities without any expectation of reward?  Or is your appreciation of the activity the same no matter what the person’s motivation was?

9.         Mark Twight, a writer mentioned in 127 Hours, has written two books about alpine mountaineering called Kiss or Kill—Confessions of a Serial Climber and Extreme Alpinism: Climbing Light, Fast and High.” Aron Ralston quotes him as saying “It doesn’t have to be fun to be fun.” (p.94)  What do you think this means? Is such a sentiment the mark of a brave adventurer or a sign of something more ambiguous?   Do you think most people feel this way?

11.       As the hours pass and he considers his choices, Aron concludes that he has only four options left. What are they? What is the option he ultimately chooses?  Could you make a choice like this or would you continue trying to find another alternative?

12.       Aron’s camcorder eventually acts like a small digital confessional. What are some of the things Aron begins to confess into his video camera? If you were to make a recording in similarly dire circumstances, what kinds of things would you choose to talk about?

13.       Aron’s actual cutting of his arm is a visceral and heart-wrenching part of his story. But once he frees himself, he is overwhelmed by a sense of freedom: “This is the most intense feeling of my life. I fear I might explode from the exhilarating shock and ecstasy that paralyze my body for a long moment as I lean against the wall.” (p. 285)  This is truly a moment of mind over matter. What feelings did you experience as you read Aron’s description of his escape from near certain death?

1.         Aron Ralston obviously admires and is inspired by the memoir Desert Solitaire (1968) by Edward Abbey. The book centers on Abbey’s experiences as a park ranger at the Arches National Monument. He discusses, among many other topics, the dangers of hiking alone.

Pick up Desert Solitaire and find out why, more than thirty-five years later, Aron Ralston was still drawn to the writing of this iconic American environmentalist, and compare Abbey’s own experiences and philosophies to those of Aron.

2.         Aron Ralston makes reference to another fearless traveler, Christopher McCandless, whose story was chronicled in the nonfiction account Into The Wild by Jon Krakauer. Sadly, Mr. McCandless did not survive his trek into the Alaskan wilderness. Compare McCandless and Ralston’s journeys and the impulses that propelled them to go into such dangerous and beautiful landscapes alone. 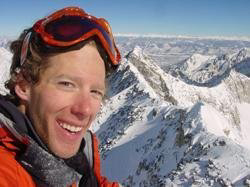 Aron Ralston, a native of the Midwest, retired from a career as a mechanical engineer at age twenty-six before moving to Aspen, Colorado. Since his accident, he has completed his unprecedented project to climb the fifty-nine Colorado peaks of more than 14,000 feet, alone, in winter. His first book, Between a Rock and a Hard Place, was a New York Times bestseller and was adapted into the major motion picture 127 Hours by Danny Boyle. Today, as a father of an infant daughter and four-year-old son, Aron lives in Boulder, Colorado. He continues to travel the world for both adventure and to share his story. Follow his journey at AronRalstonSpeaker.com.

The Basis of the Motion Picture 127 Hours

By Aron Ralston
LIST PRICE $13.99
PRICE MAY VARY BY RETAILER