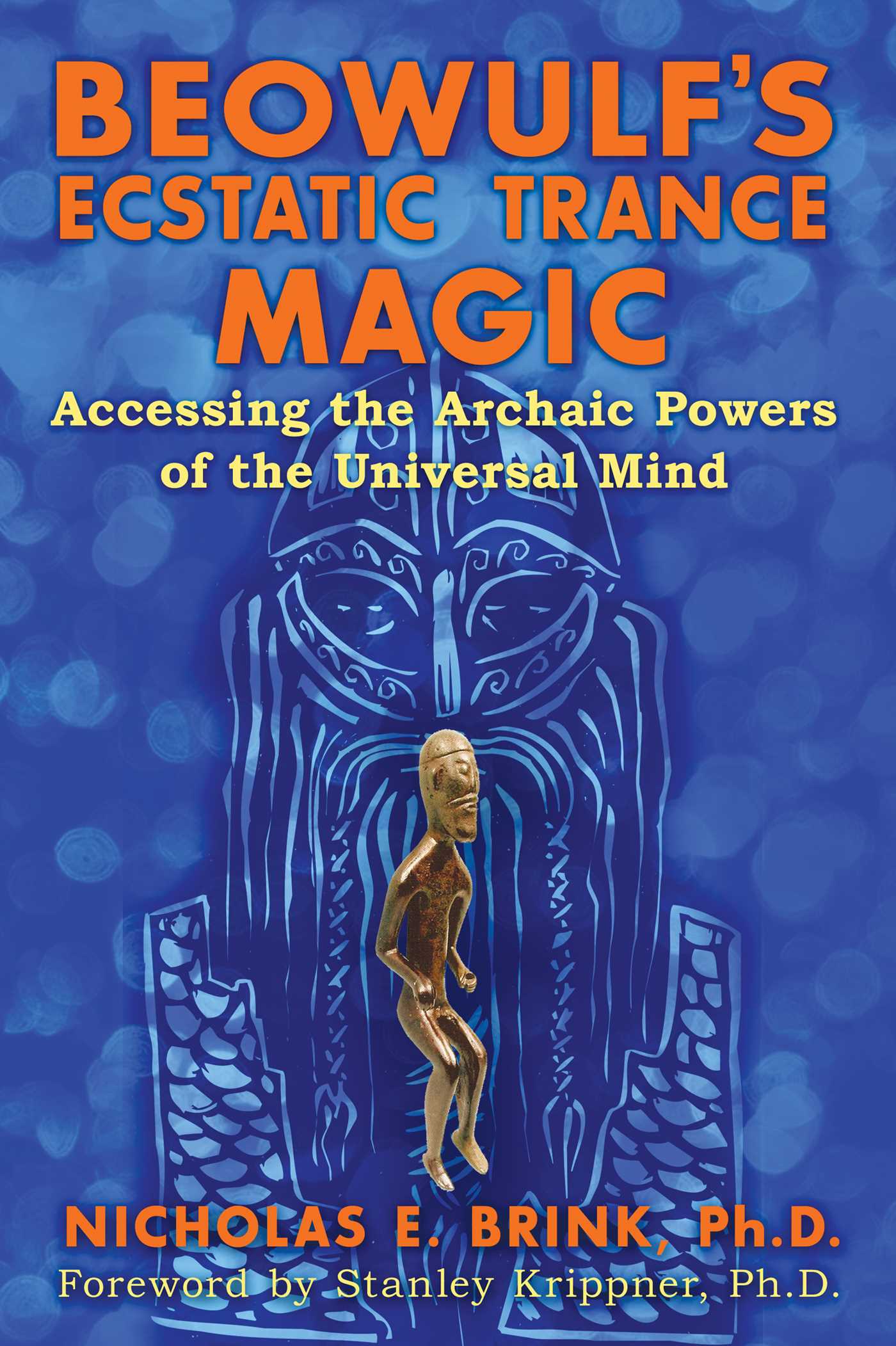 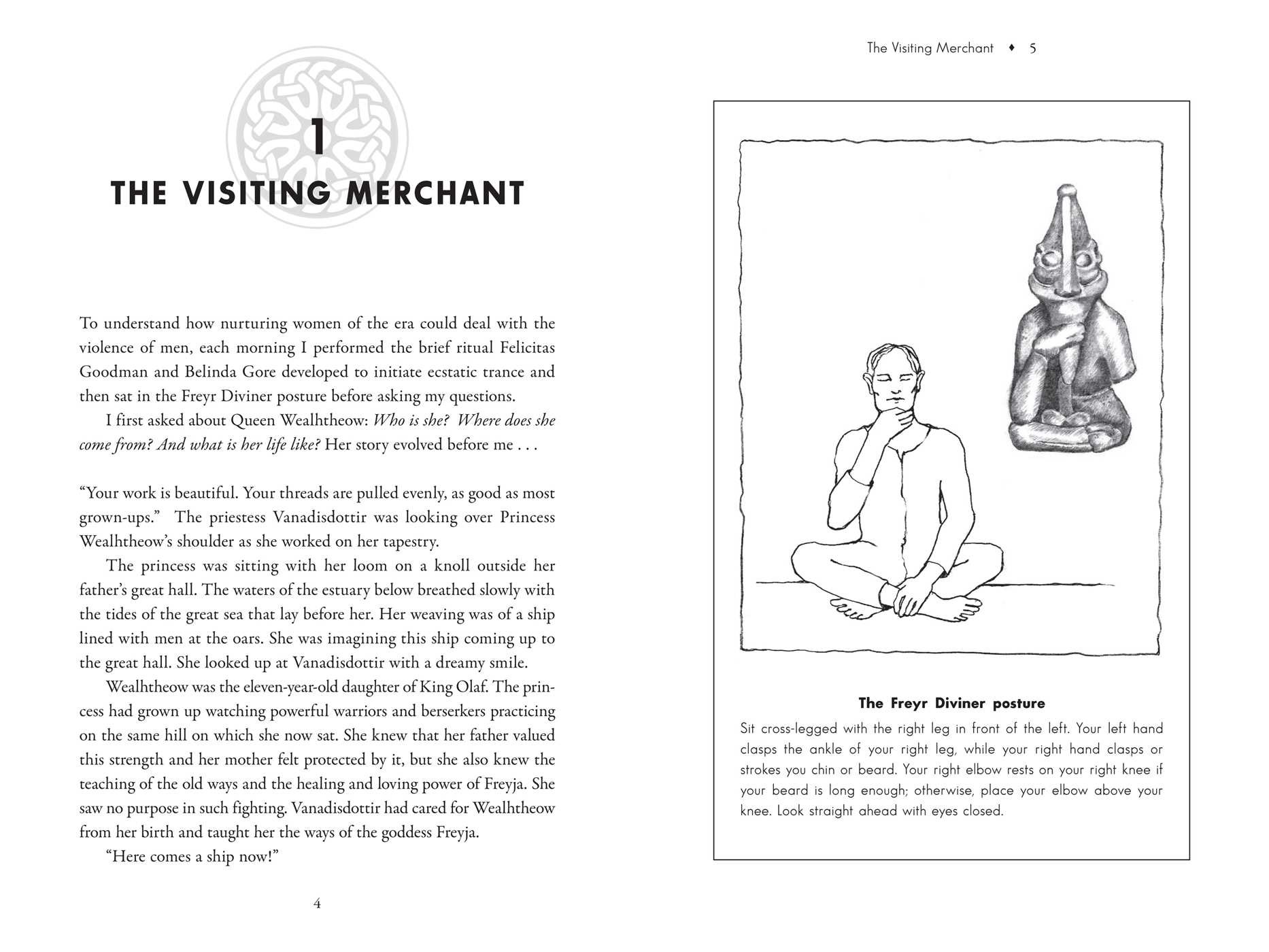 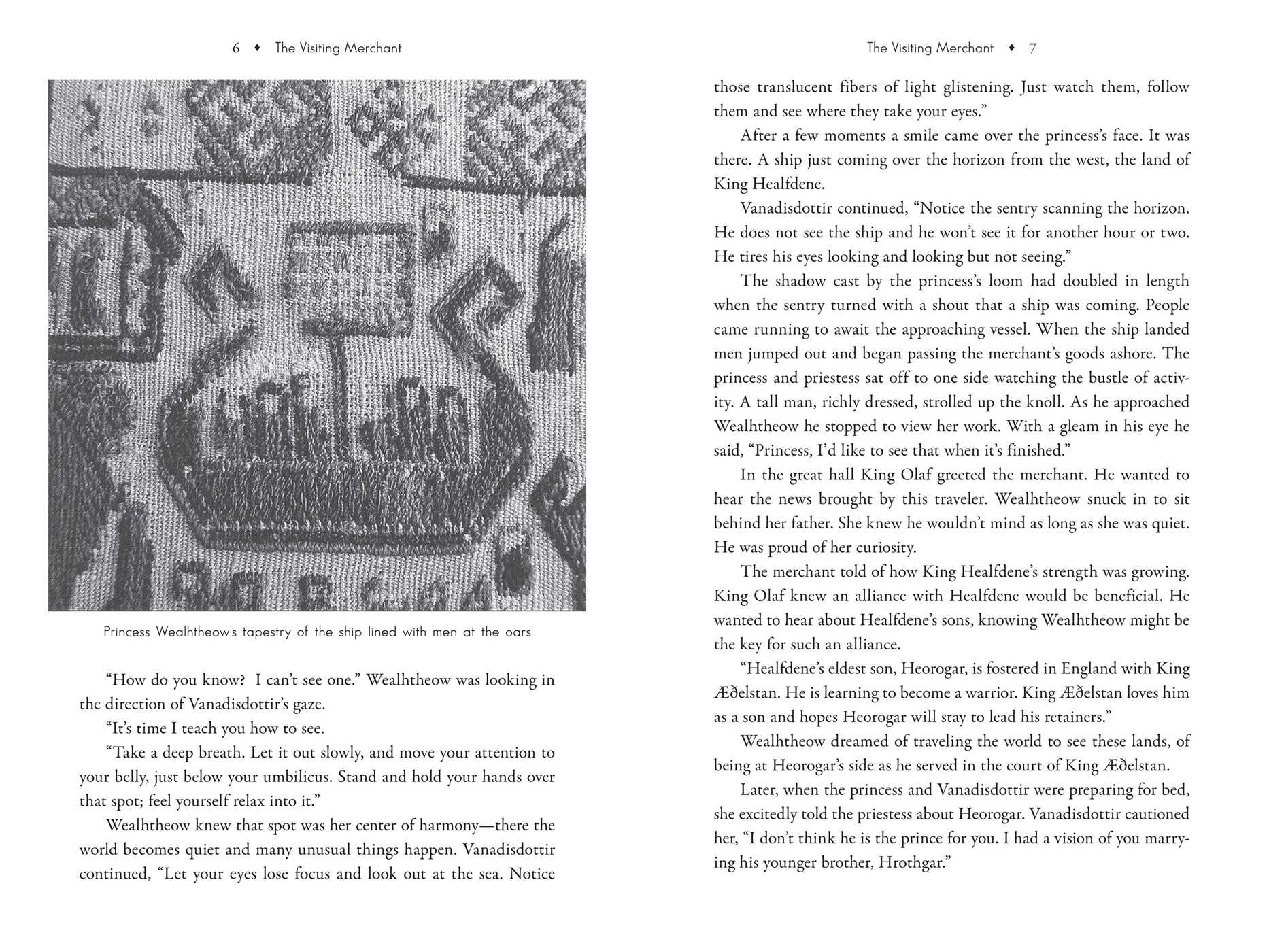 Using the altered state of ecstatic trance to access the memories of the Universal Mind, Nicholas Brink takes us back to ancient Scandinavia, to the time of the epic of Beowulf, the oldest piece of literature written in the English language. Sharing his ecstatic trance techniques along the way, his journey allows us to re-experience the life and shamanic practices of Queen Wealhtheow, the wife of King Hrothgar, the king rescued by Beowulf from the torment of the monster Grendel.

Revealing a hidden side to the epic of Beowulf, Brink details how Grendel respected and would not harm Queen Wealhtheow and her teacher Vanadisdottir, a priestess of the goddess Freyja, for they practiced the ancient magic of the earlier hunter-gatherer era when the Great Mother Earth was worshipped. In the time of the queen the peaceful and compassionate traditions of this era were becoming forgotten, succumbing to settlements, kingdoms, and territorial disputes. We gain first-person experience of Wealhtheow and Vanadisdottir’s veneration of the Great Mother and the ancient magic of the early Nordic people as practiced by the seiðr workers, seers, and spirit travelers, the shamans of the time. These practices include divination through the goddess Freyr, contacting Bear spirits, and spirit journeying to various realms.

As we experience our own time of transition and turmoil much like that of Beowulf’s time, Nicholas Brink reveals how the original magic of our ancestors, as practiced by Queen Wealhtheow, provides a blueprint for our emergence from the warlike nature of the past into a time of peace and compassion for our Great Mother Earth.

To understand how nurturing women of the era could deal with the violence of men, each morning I performed the brief ritual Felicitas Goodman and Belinda Gore developed to initiate ecstatic trance and then sat in the Freyr Diviner posture before asking my questions.

I first asked about Queen Wealhtheow: Who is she? Where does she come from? And what is her life like? Her story evolved before me . . .

“Your work is beautiful. Your threads are pulled evenly, as good as most grown-ups.” The priestess Vanadisdottir was looking over Princess Wealhtheow’s shoulder as she worked on her tapestry.

The princess was sitting with her loom on a knoll outside her father’s great hall. The waters of the estuary below breathed slowly with the tides of the great sea that lay before her. Her weaving was of a ship lined with men at the oars. She was imagining this ship coming up to the great hall. She looked up at Vanadisdottir with a dreamy smile.

Wealhtheow was the eleven-year-old daughter of King Olaf. The princess had grown up watching powerful warriors and berserkers practicing on the same hill on which she now sat. She knew that her father valued this strength and her mother felt protected by it, but she also knew the teaching of the old ways and the healing and loving power of Freyja. She saw no purpose in such fighting. Vanadisdottir had cared for Wealhtheow from her birth and taught her the ways of the goddess Freyja.

“How do you know? I can’t see one.” Wealhtheow was looking inthe direction of Vanadisdottir’s gaze.

“It’s time I teach you how to see.

“Take a deep breath. Let it out slowly, and move your attention to your belly, just below your umbilicus. Stand and hold your hands over that spot; feel yourself relax into it.”

Wealhtheow knew that spot was her center of harmony--there the world becomes quiet and many unusual things happen. Vanadisdottir continued, “Let your eyes lose focus and look out at the sea. Notice those translucent fibers of light glistening. Just watch them, follow them and see where they take your eyes.”

After a few moments a smile came over the princess’s face. It was there. A ship just coming over the horizon from the west, the land of King Healfdene.

Vanadisdottir continued, “Notice the sentry scanning the horizon. He does not see the ship and he won’t see it for another hour or two. He tires his eyes looking and looking but not seeing.”

The shadow cast by the princess’s loom had doubled in length when the sentry turned with a shout that a ship was coming. People came running to await the approaching vessel. When the ship landed men jumped out and began passing the merchant’s goods ashore. The princess and priestess sat off to one side watching the bustle of activity. A tall man, richly dressed, strolled up the knoll. As he approached Wealhtheow he stopped to view her work. With a gleam in his eye he said, “Princess, I’d like to see that when it’s finished.”

In the great hall King Olaf greeted the merchant. He wanted to hear the news brought by this traveler. Wealhtheow snuck in to sit behind her father. She knew he wouldn’t mind as long as she was quiet. He was proud of her curiosity.

The merchant told of how King Healfdene’s strength was growing. King Olaf knew an alliance with Healfdene would be beneficial. He wanted to hear about Healfdene’s sons, knowing Wealhtheow might be the key for such an alliance.

“Healfdene’s eldest son, Heorogar, is fostered in England with King Æðelstan. He is learning to become a warrior. King Æðelstan loves him as a son and hopes Heorogar will stay to lead his retainers.”

Wealhtheow dreamed of traveling the world to see these lands, of being at Heorogar’s side as he served in the court of King Æðelstan.

Later, when the princess and Vanadisdottir were preparing for bed, she excitedly told the priestess about Heorogar. Vanadisdottir cautioned her, “I don’t think he is the prince for you. I had a vision of you marrying his younger brother, Hrothgar.”

“But why? Heorogar is in line to become king, and I want to be his queen.”

Vanadisdottir did not have an answer.

The next morning the excitement continued as people traded for exotic things brought by the merchant. When Wealhtheow inspected the goods her eyes fell on a silver pendant of a woman carrying a basket of apples. She recognized the woman as Idunn. She loved the stories of Idunn that Vanadisdottir told her--stories of healing not just with her golden apples (that story everyone knew) but with herbs and plants.

Wealhtheow called to her father, “Papa, look, look!” She excitedly showed him the pendant. He smiled and gave her a hug but continued talking with the merchant. The merchant told of Healfdene’s other sons. “Hrothgar, the second son, is at home and is becoming a respected warrior for his age. Halga, the youngest, just got his own sword.”

Wealhtheow wanted to hear about the princes, but Vanadisdottir recognized another opportunity to teach her about Idunn’s powers. “Look over there. Feverfew is something we need with all the festivity and drinking. It’s good for headaches, and by morning there will be many.” Vanadisdottir could see that Wealhtheow wanted to return to weaving her tapestry so it would be ready to trade for the pendant, and the priestess understood.

A day or two later Wealhtheow was finally finished. The merchant had already begun packing his wares and she ran to him, hoping no one else had taken the pendant. She was pleased to find he had saved it for her.

Wealhtheow’s tapestry would be traded farther along his route, and many years later it would be found near the Överhogdal church and hung in a nearby museum.
Nicholas E. Brink

Nicholas E. Brink, Ph.D., is a psychologist and a certified teacher of ecstatic trance with the Cuyamungue Institute. Board certified by the American Board of Professional Psychology, he is the author of several books, including The Power of Ecstatic Trance. He lives in Coburn, Pennsylvania.

“With Beowulf’s Ecstatic Trance Magic, Nick Brink has taken one more (big) step in his ‘walk between the worlds’ of contemporary consciousness psychology and ancient Norse lore. He has emerged as an authoritative and influential voice in this under-appreciated but extremely powerful area of esoteric studies. We can all learn from his soul-awakening explorations.”

– Stephen Larsen, Ph.D., author of The Neurofeedback Solution, The Shaman’s Doorway, The Mythic

“Here Brink returns with his lively combination of ancestral imagination, mythology, and historical reality, applying it this time to the oldest known epic poem written in the English language. Again referring to a series of ecstatic trance postures that have been identified elsewhere as having ancient use for facilitating a variety of meditative inquiries, the book becomes a detailed, novel-length account of the author’s own ecstatic trance journeys into the story of Beowulf. The author, as he should, leaves the reader to form his or her own opinion as to the degree to which the amplifications of the story can be taken literally or as metaphor, as reality or imaginal fantasy, as personal or collective. As James Hillman suggested, imagination and soul are fundamentally the same thing, and in that sense this book is another soul-focused journey into some of the long ago roots of modern civilization.”

“Brink presents an interesting system of inducing trance by means of ritual postures and uses it to present an imaginative look at an Anglo-Saxon legend.”

“As we experience our own time of transition and turmoil much like that of Beowulf’s time, Nicholas Brink reveals how the original magic of our ancestors, as practiced by Queen Wealhtheow, provides a blueprint for our emergence from the warlike nature of the past into a time of peace and compassion for our Great Mother Earth.”

“This is a must read for anyone interested in Ecstatic Trance, for anyone seeking ways to save our planet, and for students of Beowulf.”