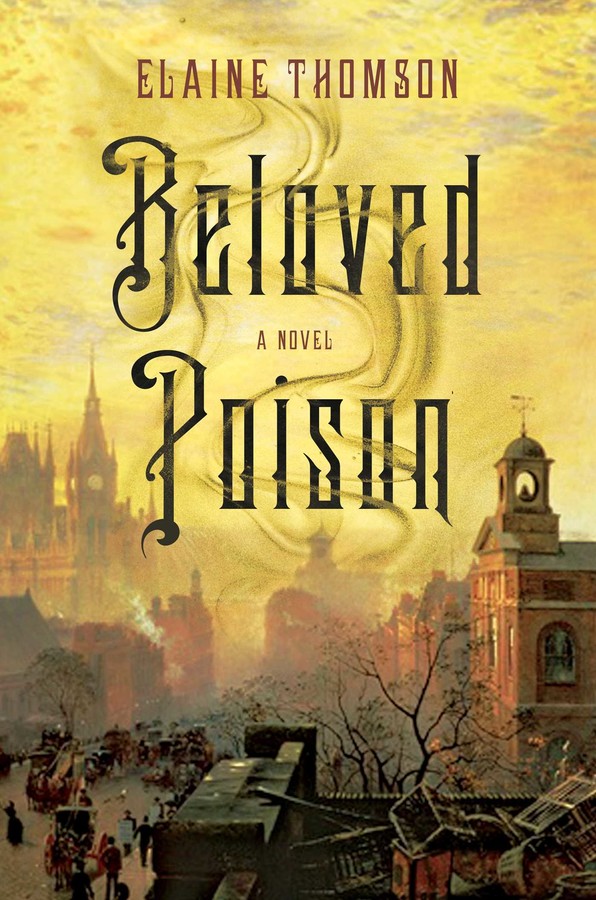 Set in a crumbling 1850s London infirmary, a richly atmospheric Victorian crime novel where murder is the price to be paid for secrets kept.

Ramshackle and crumbling, trapped in the past and resisting the future, St. Saviour’s Infirmary awaits demolition. Within its stinking wards and cramped corridors, the doctors bicker and backstab. Ambition, jealousy, and loathing seethe beneath the veneer of professional courtesy. Always an outsider, and with a secret of her own to hide, apothecary Jem Flockhart observes everything but says nothing.

And then six tiny coffins are uncovered, inside each a handful of dried flowers and a bundle of mouldering rags. When Jem comes across these strange relics hidden inside the infirmary’s old chapel, her quest to understand their meaning prises open a long-forgotten past—with fatal consequences.

In a trail that leads from the bloody world of the operating room and the dissecting table to the notorious squalor of Newgate Prison and the gallows, Jem’s adversary proves to be both powerful and ruthless. As St. Saviour’s destruction draws near, the dead are unearthed from their graves while the living are forced to make impossible choices. And murder is the price to be paid for the secrets to be kept.

"Rich atmospherics and a Dickensian portrayal of the underbelly of Victorian London elevate Thomson’s superb whodunit above most other historical debuts. Thomson excels in evoking the claustrophobic feel of the back alleys Jem must tread in search of the truth."

"After a while the Grand Guignol effects start to get under your skin—unless that’s just the ­leeches crawling out of their jar."

"A debut mystery chock full of mysterious doings, riveting historical detail, and so many horrifying anecdotes about the state of medicine in the mid-1800s that you can almost feel the evil miasma rising from the pages."

"This outstanding debut historical enthralls with its meticulously researched details of 19th-century hospitals; the result is a dismal portrait of unrelenting bleakness that will make readers grateful to be living in the 21st century. This is Showtime’s Penny Dreadful, brought to life!"

"E. S. Thomson mixes the perfect potion for a dark and mysterious read."

"A beautifully dark portrait of Victorian London that Charles Dickens would feel right at home in. With macabre portrayals of anatomy, science, and death, this Dickensian crime novel is not to be missed, especially if you’re missing Showtime’s Penny Dreadful and are looking to fill the loss."

"Beloved Poison introduces a major talent. An absorbing read on many levels, sure to enthrall readers and leave them anxious for her next book."

"The narrative is excellent and the story utterly enthralling – quite simply a page-turner!"