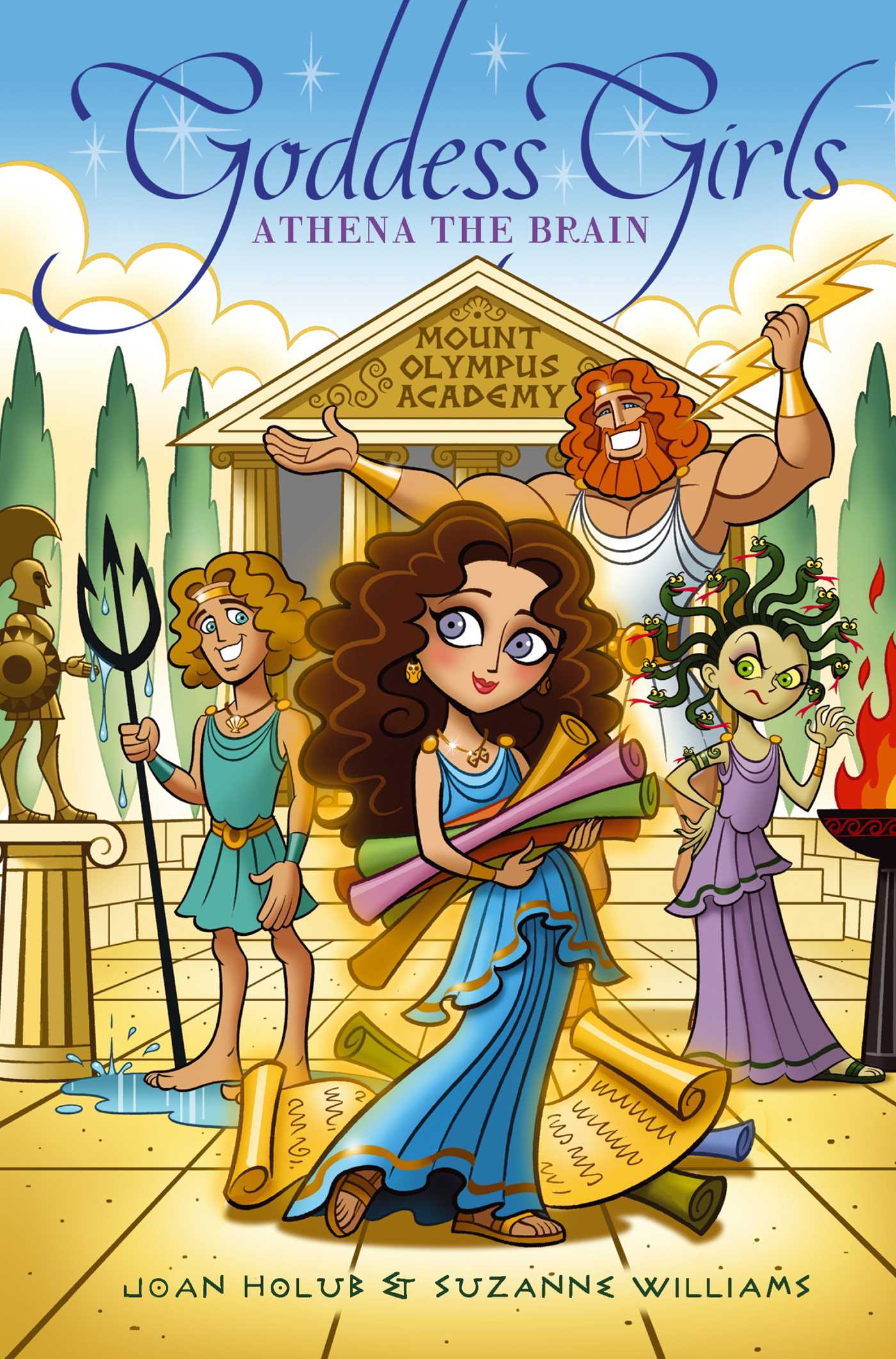 In Athena the Brain, Athena always knew she was smart and special, but she didn’t realize that she was a goddess! When she’s whisked away to Mount Olympus Academy, she worries about fitting in and dealing with her dad (Zeus). Luckily, she meets the Goddess Girls and finds the best friends she’s ever had.

Chapter1
The Letter
A strange, glittery breeze whooshed into Athena’s bedroom window one morning, bringing a rolled-up piece of papyrus with it. She jumped up from her desk and watched in amazement as it swirled above her.
"A message for Athena from Mount Olympus!" the wind howled. "Art thou present?"
"Yes, I’m thou. I’m present. I mean—I’m Athena," she replied in a rush.
Abruptly the breeze stilled, and the scroll dropped right in the middle of her science homework. A thrill swept over her. She’d never gotten a message from the gods before! No human she knew ever had. The gods and goddesses on Mount Olympus ruled Earth, but only made their powers known for important matters. What could they want? Was she being given an urgent mission to save the world?
She unrolled the scroll as fast as she could and began to read.
Dear Athena,
This may come as a shock to you, but I, Zeus—King of the Gods
and Ruler of the Heavens—am your father. And that, of course,
makes you a goddess.

"Huh?" Athena’s knees wobbled so hard that she plopped back into her chair. She read on:

"Try twelve," she mumbled under her breath. And for most of those years, she had yearned to know who her parents were. She’d spun endless stories in her head, imagining how they looked and what they were like.
At last a piece of the puzzle had dropped into her lap. Or onto her desk, anyway. Her eyes raced across the rest of the letter as she continued:

On top of Mount Olympus, the authors intertwine an enchanting mythological world with middle-school woes compounded by life as a deity or blessed mortal. The books should be popular with fans of girly, light fantasy. -- School Library Journal