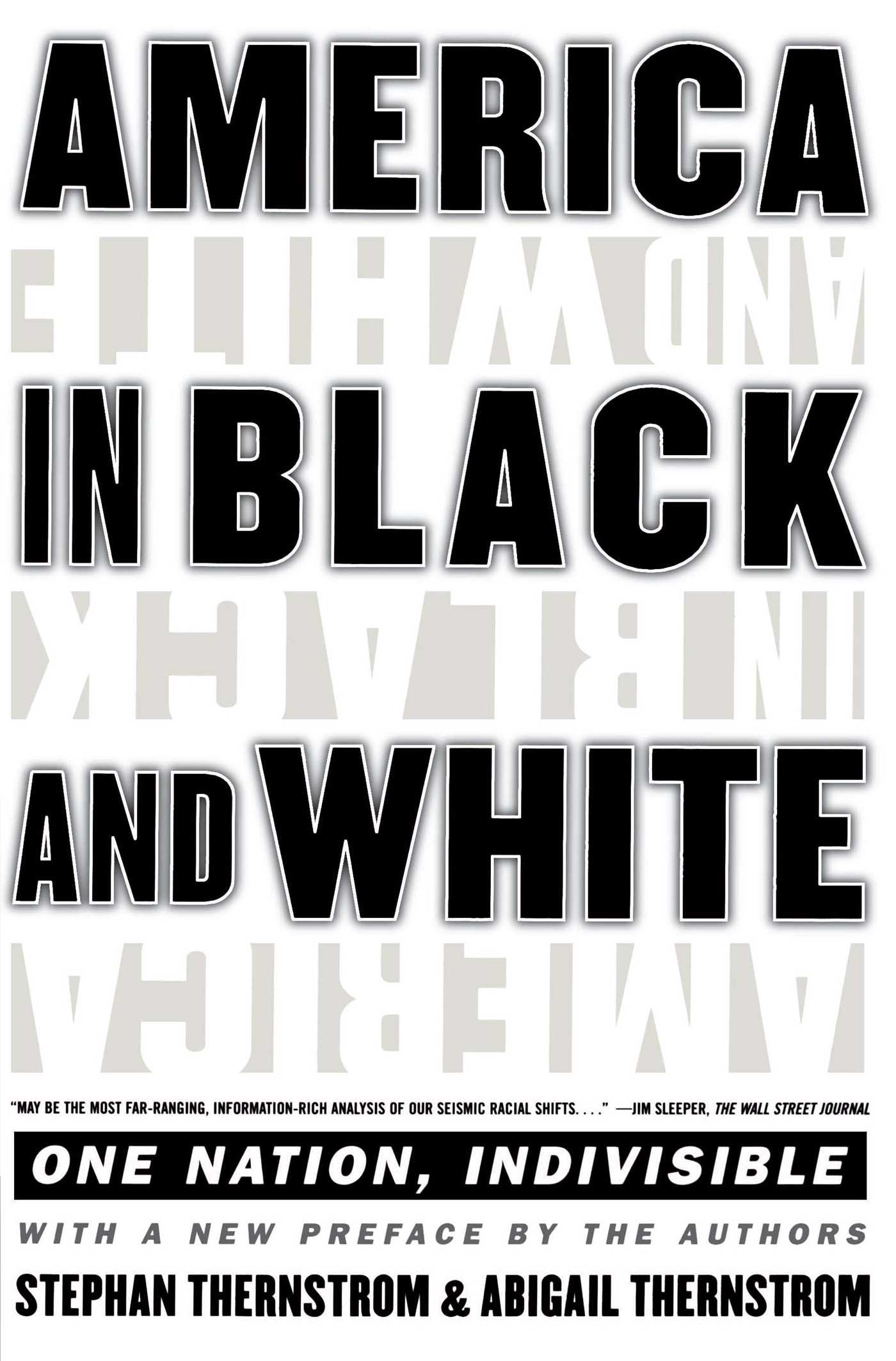 By Stephan Thernstrom and Abigail Thernstrom
LIST PRICE $39.99
PRICE MAY VARY BY RETAILER

In a book destined to become a classic, Stephan and Abigail Thernstrom present important new information about the positive changes that have been achieved and the measurable improvement in the lives of the majority of African-Americans. Supporting their conclusions with statistics on education, earnings, and housing, they argue that the perception of serious racial divisions in this country is outdated -- and dangerous.

Jim Sleeper The Wall Street Journal May be the most far-ranging, information-rich analysis of our seismic racial shifts....

Roger Lane The Philadelphia Inquirer On their chosen issue [the Thernstroms] have served a high hard one, a statistical missile into the other court. It will take more than rhetoric to answer them.

Henry Louis Gates, Jr. Chairman, Department of Afro-American Studies, Harvard University This book is essential reading for anyone wishing to understand the state of race relations.

Thomas Sowell Forbes A very through history of contemporary race relations and racial policies in the United States....America in Black and White is a penetrating analysis, as well as a superb history. It should be "must" reading for anyone concerned about race relations in America.

David W. Reinhard The Oregenian A conversation-stopper in the best sense. The guts of this book will cause those on the left and right to stop and think before issuing the grand pronouncement or withering indictment.

By Stephan Thernstrom and Abigail Thernstrom
LIST PRICE $39.99
PRICE MAY VARY BY RETAILER