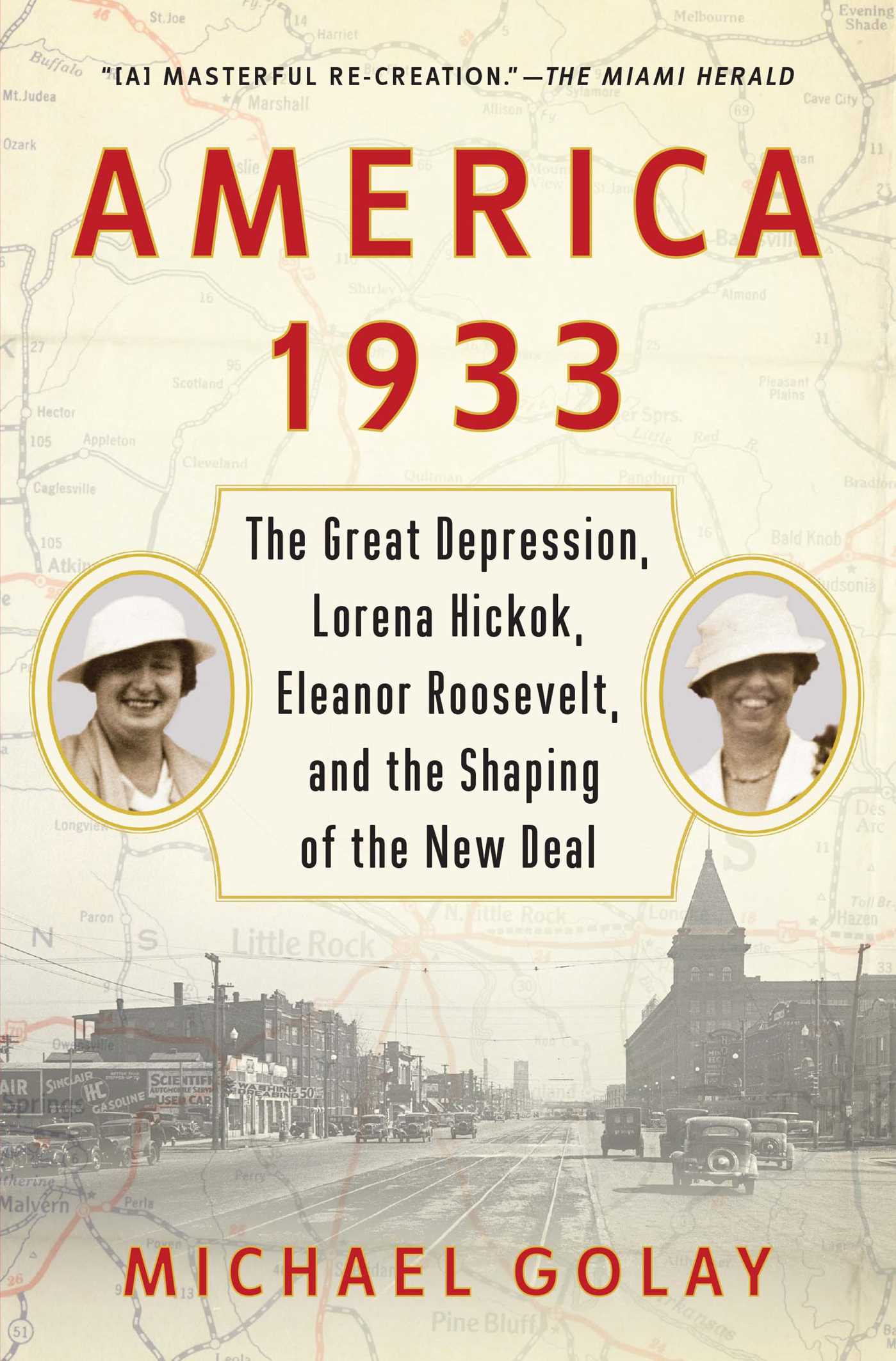 By Michael Golay
LIST PRICE $12.99
PRICE MAY VARY BY RETAILER

The first account of the remarkable eighteen-month journey of Lorena Hickok, intimate friend of Eleanor Roosevelt, throughout the country during the worst of the Great Depression, bearing witness to the unprecedented ravaged.

During the harshest year of the Great Depression, Lorena Hickok, a top woman news reporter of the day and intimate friend of Eleanor Roosevelt, was hired by FDR’s right hand man Harry Hopkins to embark upon a grueling journey to the hardest hit areas across the country to report back about the degree of devastation.

Distinguished historian Michael Golay draws on a trove of original sources—including moving and remarkably intimate almost daily letters between Hickok and Eleanor Roosevelt—as he re-creates that extraordinary journey. Hickok traveled almost nonstop for eighteen months, from January 1933 to August 1934, driving through hellish dust storms, rebellion by coal workers in Pennsylvania and West Virginia, and a near revolution by Midwest farmers. A brilliant observer, Hickok’s searing and deeply empathetic reports to Hopkins and her letters to Mrs. Roosevelt are an unparalleled record of the worst economic disaster in the history of the country. Historically important, they crucially influenced the scope and strategy of the Roosevelt Administration’s unprecedented relief efforts.

America 1933 reveals Hickok’s pivotal contribution to the policies of the New Deal, and sheds light on her intense but ill-fated relationship with Eleanor Roosevelt and the forces that inevitably came between them. 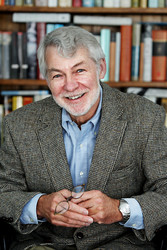 Michael Golay teaches history at Phillips Exeter Academy in Exeter, New Hampshire. He is the author of a number of books, including A Ruined Land: The End of the Civil War, a finalist for the Lincoln Prize in American History, The Tide of Empire: America’s March to the Pacific, and Critical Companion to William Faulkner. He lives in Exeter and Old Lyme, Connecticut.

“Provides an intimate glimpse into the afflicted heartland as Hickok crisscrossed the nation…An invaluable contribution to the scholarship of the era.”

"A moving and memorable account of the impact of the Great Depression."

“A gem of narrative history. Michael Golay weaves together Lorena Hickok's beautifully observed field reports for Roosevelt public works czar, Harry Hopkins, with her moving personal letters to Eleanor Roosevelt, to give us a powerful account of the immense human tragedy of the Great Depression. He shines new light on the inventiveness of the Roosevelt relief efforts and provides an inspiring tale of a government that worked effectively to meet the needs of its people. This book should be assigned reading for the Obama White House and for all those in Congress who stand in the way of the president's efforts to lead us through our own challenging times.”

– Ellen Chesler, Senior Fellow at the Roosevelt Institute and author of Woman of Valor

“During Lorena Hickok’s harrowing journey among angry farmers, defeated miners, and frightened shop owners, a desperate old woman took her arm and whispered: ‘Don’t forget me, honey. Don’t forget me.’ No one who reads America 1933 will forget her or the rest of them. There may be no finer documentary account of the Great Depression—not only the material deprivation but the psychic costs.”

“A vivid and event-filled snapshot of a pivotal year during some of the darkest days in U.S. history. With fluid and affecting prose, Golay looks at the role Eleanor Roosevelt and her intimate friend Lorena Hickok played in helping shape some of the most important aspects of FDR’s New Deal. America 1933 offers historical delights, outsized characters, wonderful vignettes, two seductive central characters, and a feeling that you are really seeing America as it was then. It is particularly resonant as the country once again tries to emerge from a profound economic crisis and its concomitant social unease.”

“In vivid detail, [Golay] conveys the suffering and poverty that overwhelmed Americans as they coped with the greatest economic crisis the nation had ever faced. . . . In his portrait of day-to-day life in the first year of FDR’s first term, Golay puts this sobering reality back at center stage, where it belongs.”

“Golay’s elegantly written book gives a granular account of [Eleanor Roosevelt’s] three-year mission, focusing on its most intense portion, from July 1933 to September 1934.”

By Michael Golay
LIST PRICE $12.99
PRICE MAY VARY BY RETAILER