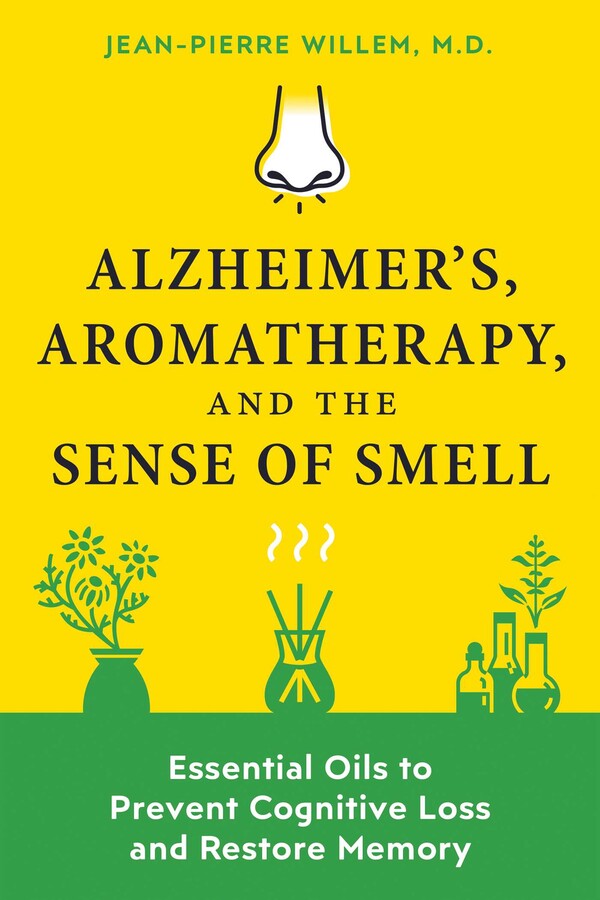 Alzheimer's, Aromatherapy, and the Sense of Smell

• Details how to use essential oils to stimulate memory, prevent cognitive loss, and counter the isolation, withdrawal, and depression of Alzheimer’s patients

While there is still no known cure for Alzheimer’s, new research and trials from France reveal that it is possible to slow down its progression, ameliorate some of its direct and secondary effects, and improve the quality of life for those suffering from this degenerative condition--all through the sense of smell.

Citing years of clinical evidence, Jean-Pierre Willem, M.D., shows how Alzheimer’s is critically bound with the sense of smell. He explains how the olfactory system is tightly connected to the limbic area of the brain, which holds the keys to memory and emotion and is the area of the brain most severely afflicted by Alzheimer’s. He reveals how one of the very first signs of Alzheimer’s, long before any noticeable memory loss or behavior change, is the loss of the sense of smell. Sharing the striking results seen in French hospitals and senior living homes where aromatherapy has been used as a therapy for Alzheimer’s for more than 10 years, Dr. Willem details how to use essential oils to stimulate memory, prevent cognitive loss, and counter the isolation, withdrawal, and depression these patients are likely to feel. He explains how essential oils make a direct connection with the cerebral structures involved in emotion and memory and make it possible for the patient to bring deeply buried memories back to the thinking surface. This allows the patient to recover a portion of their identity, which can become the foundation for additional healing, including regaining the ability to communicate and reducing behavioral issues. Tracing the evolutionary links between smell and taste, he also explores the effects of diet and nutrition on Alzheimer’s and other forms of dementia, explaining the benefits of raw foods, what foods to avoid, and what supplements can help.

Offering a hands-on and medication-free way to help those suffering from Alzheimer’s, this scientifically backed guide shows how aromatherapy provides a way for Alzheimer’s patients and their families to recover the joy of living again.

Jean-Pierre Willem, M.D., is the founder of the French Barefoot Doctors movement, which brings traditional healing techniques back into clinical settings. The author of several books in French on natural healing for degenerative diseases, he lives in France.

Alzheimer's, Aromatherapy, and the Sense of Smell