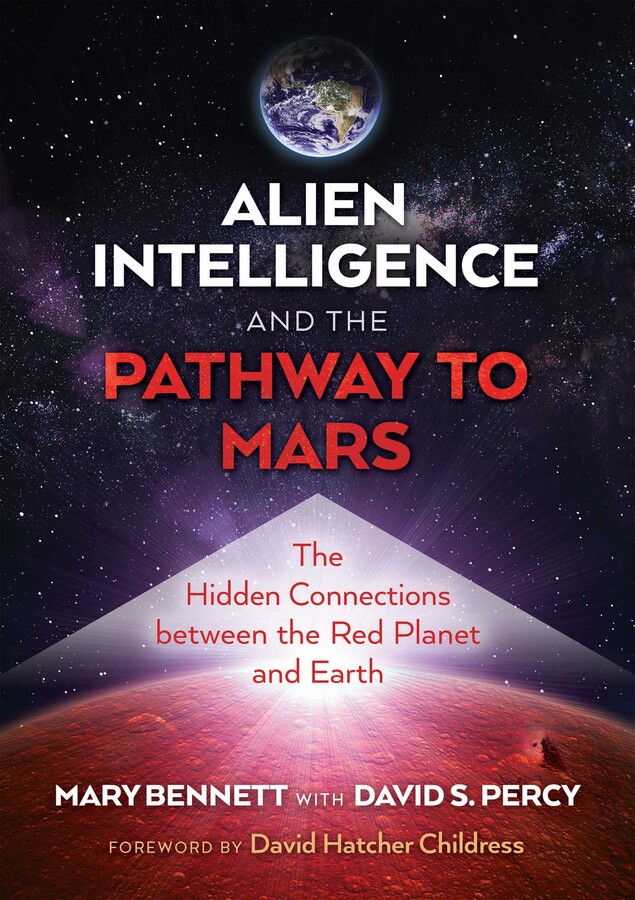 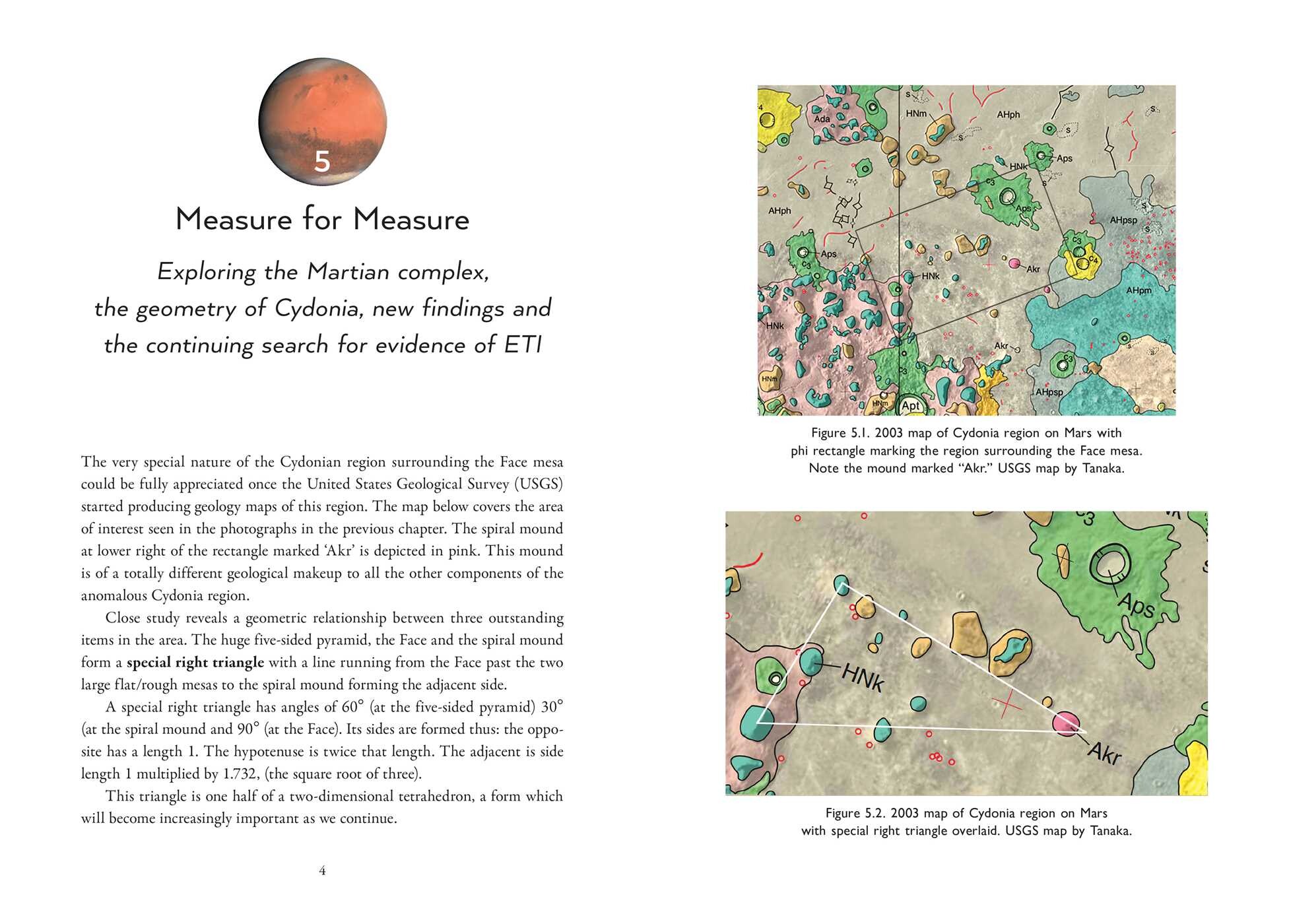 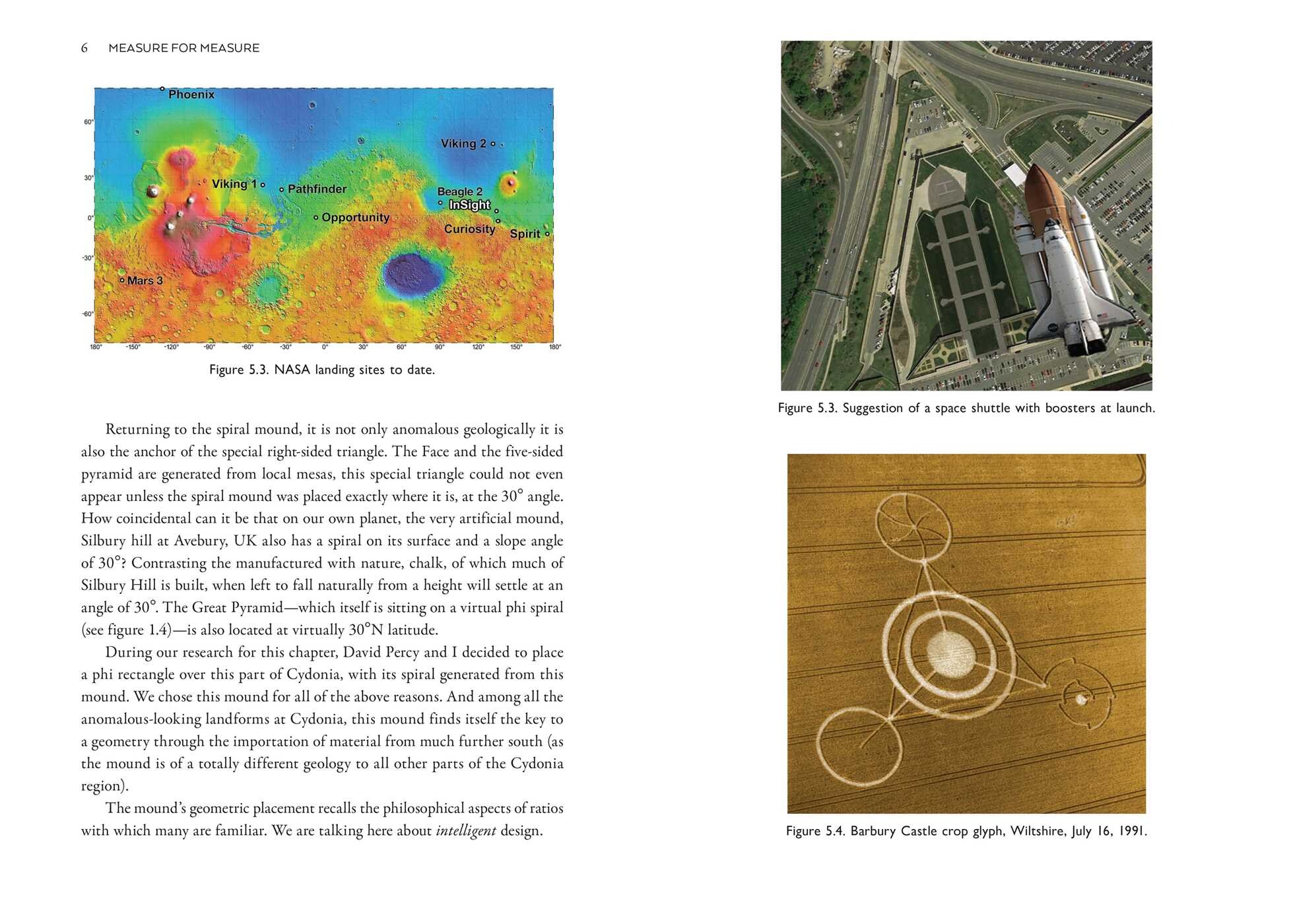 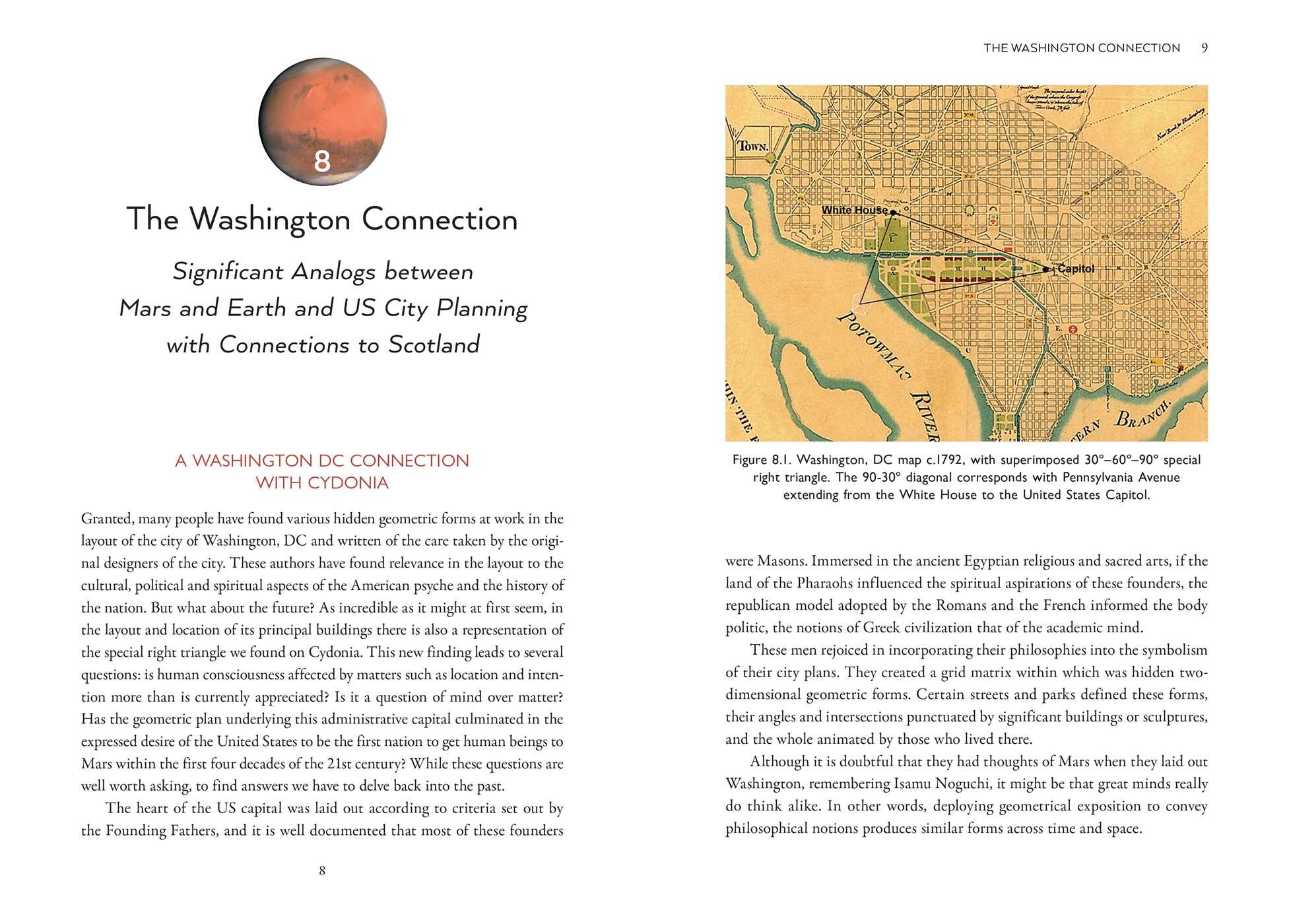 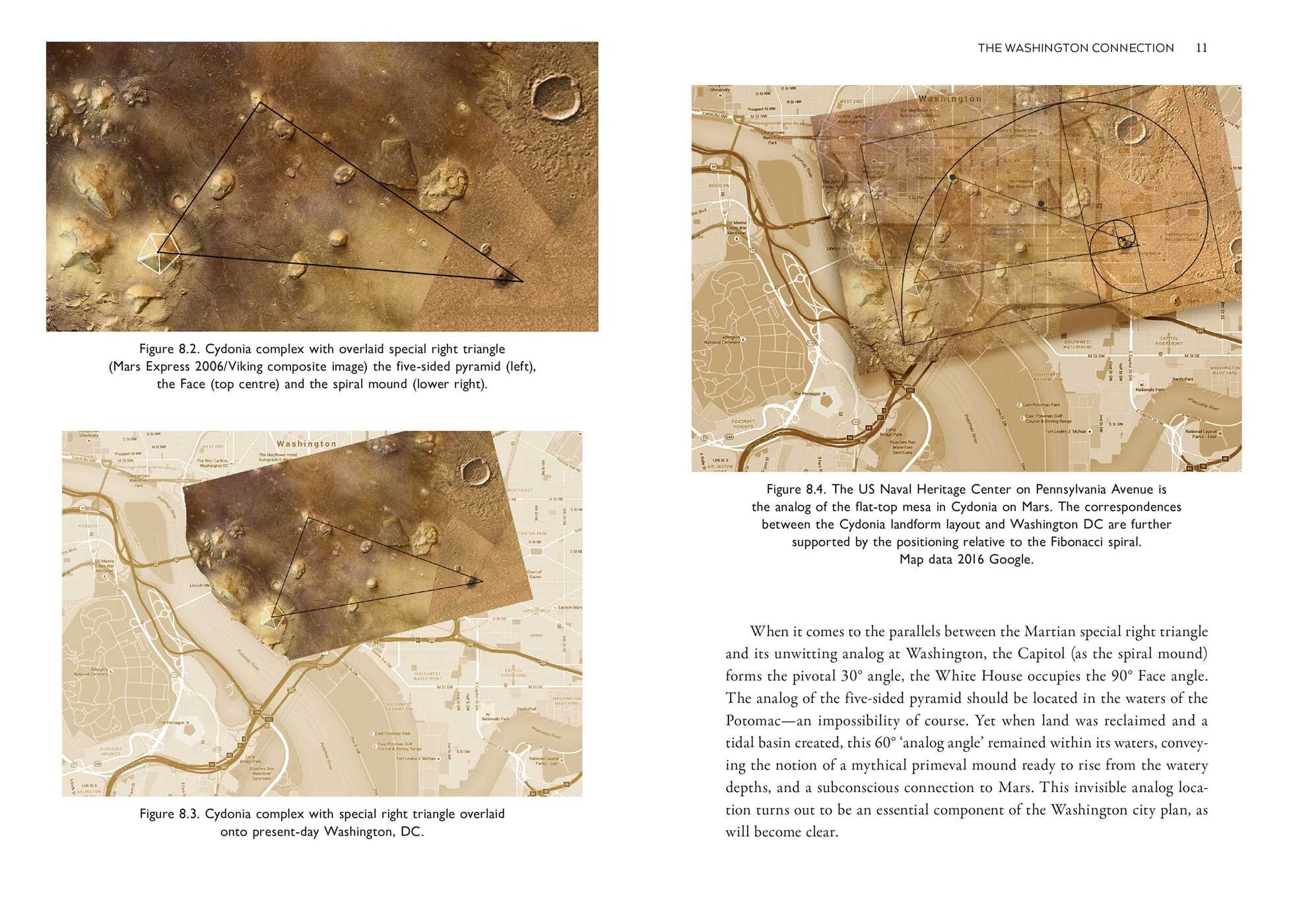 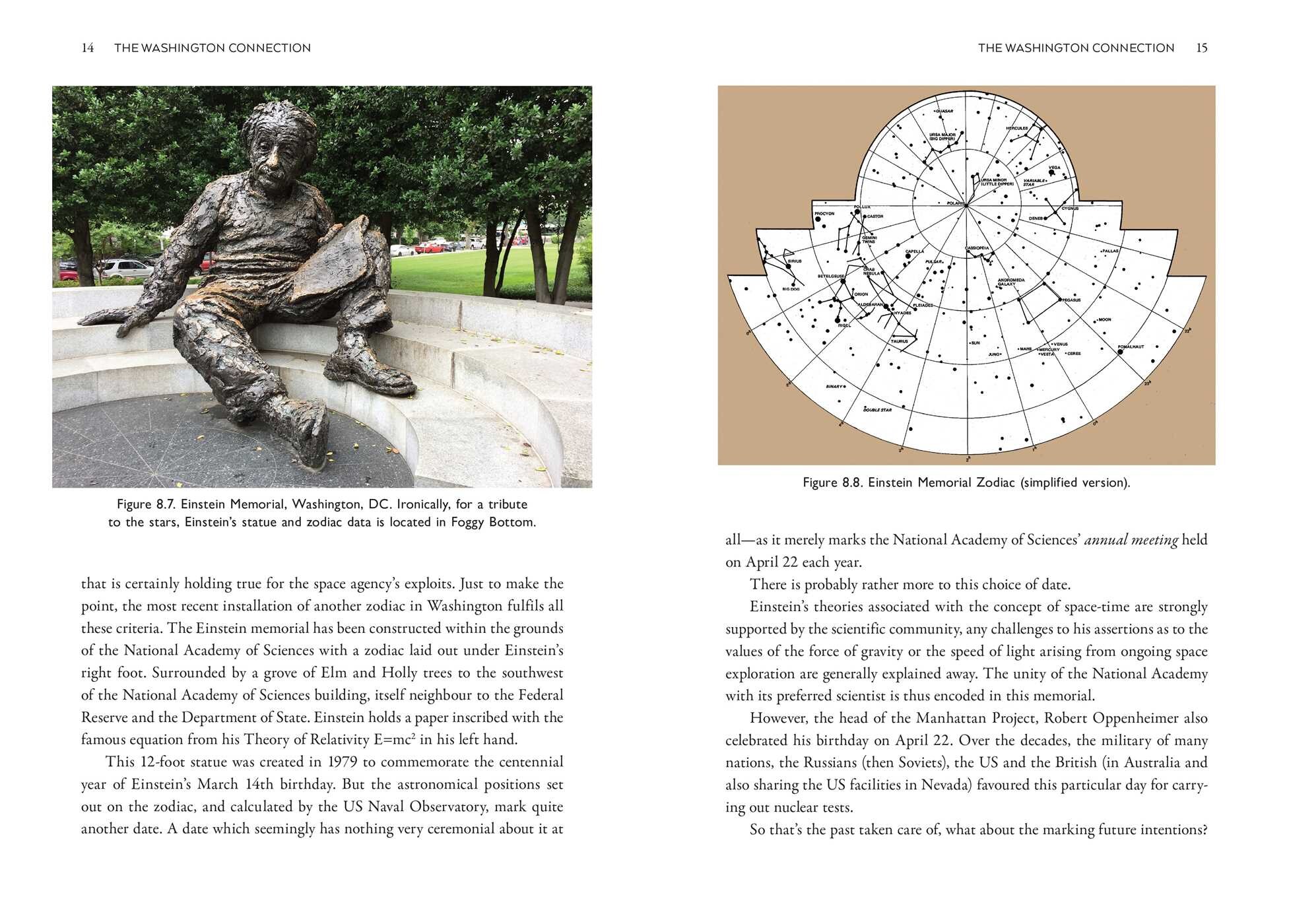 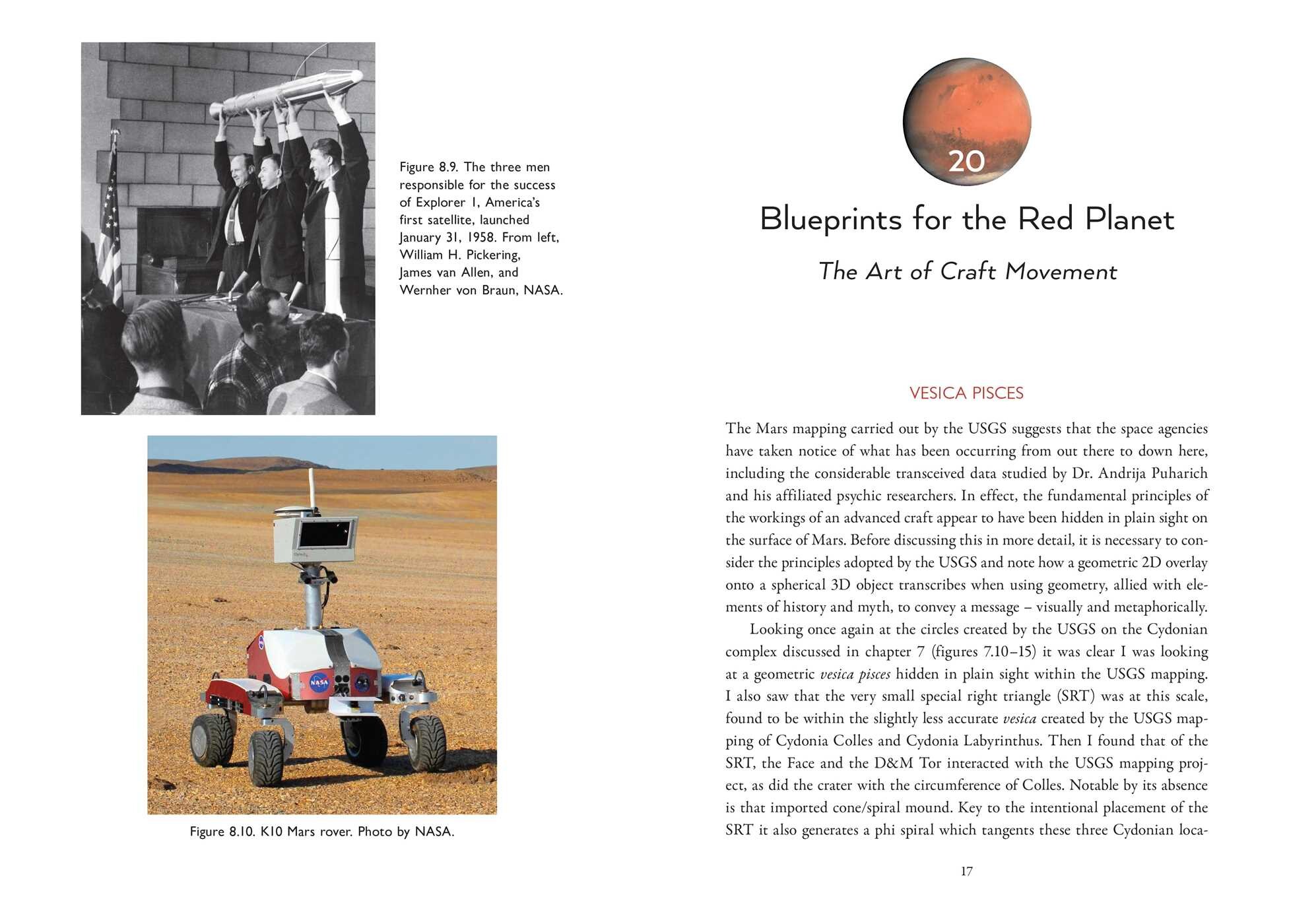 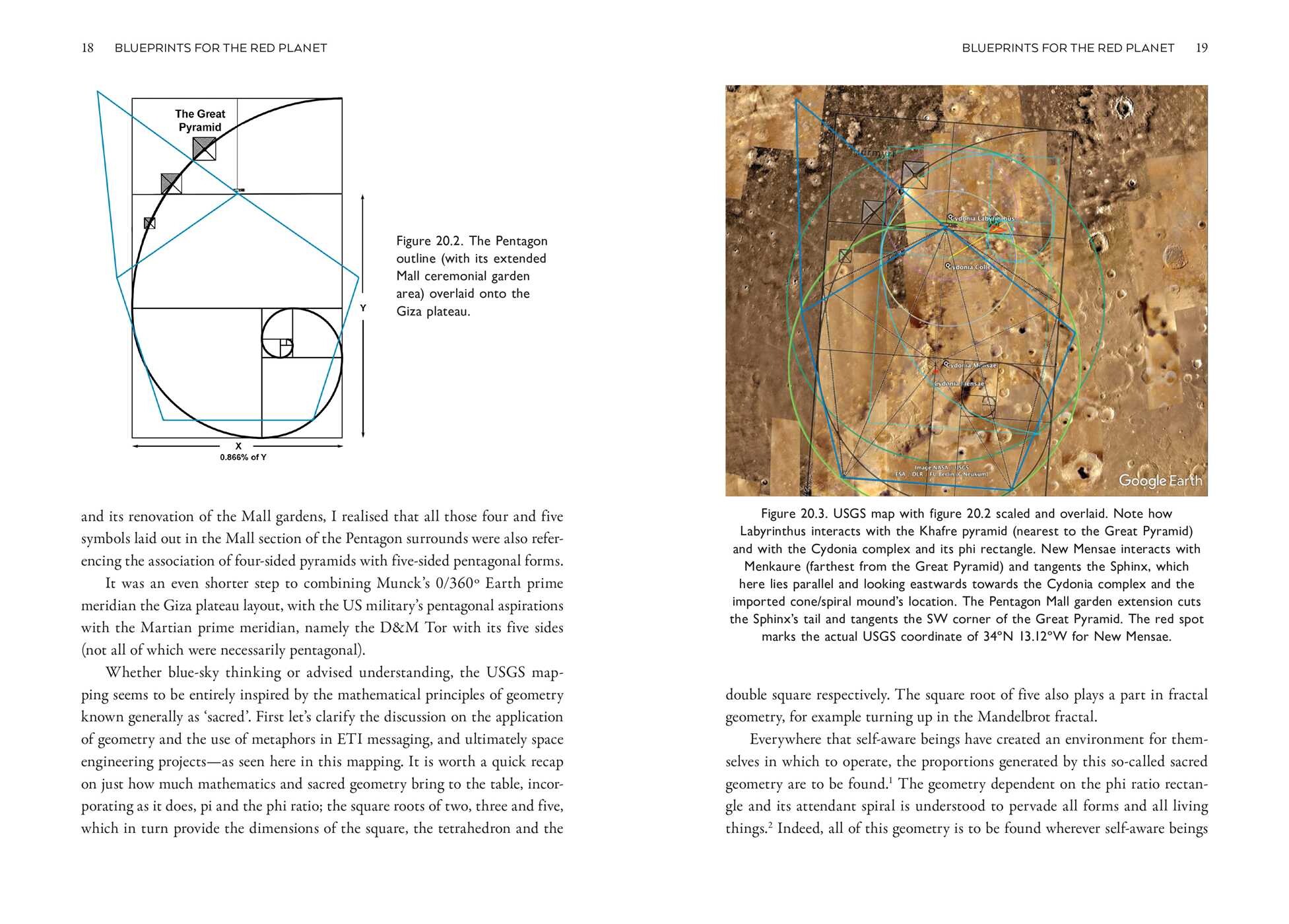 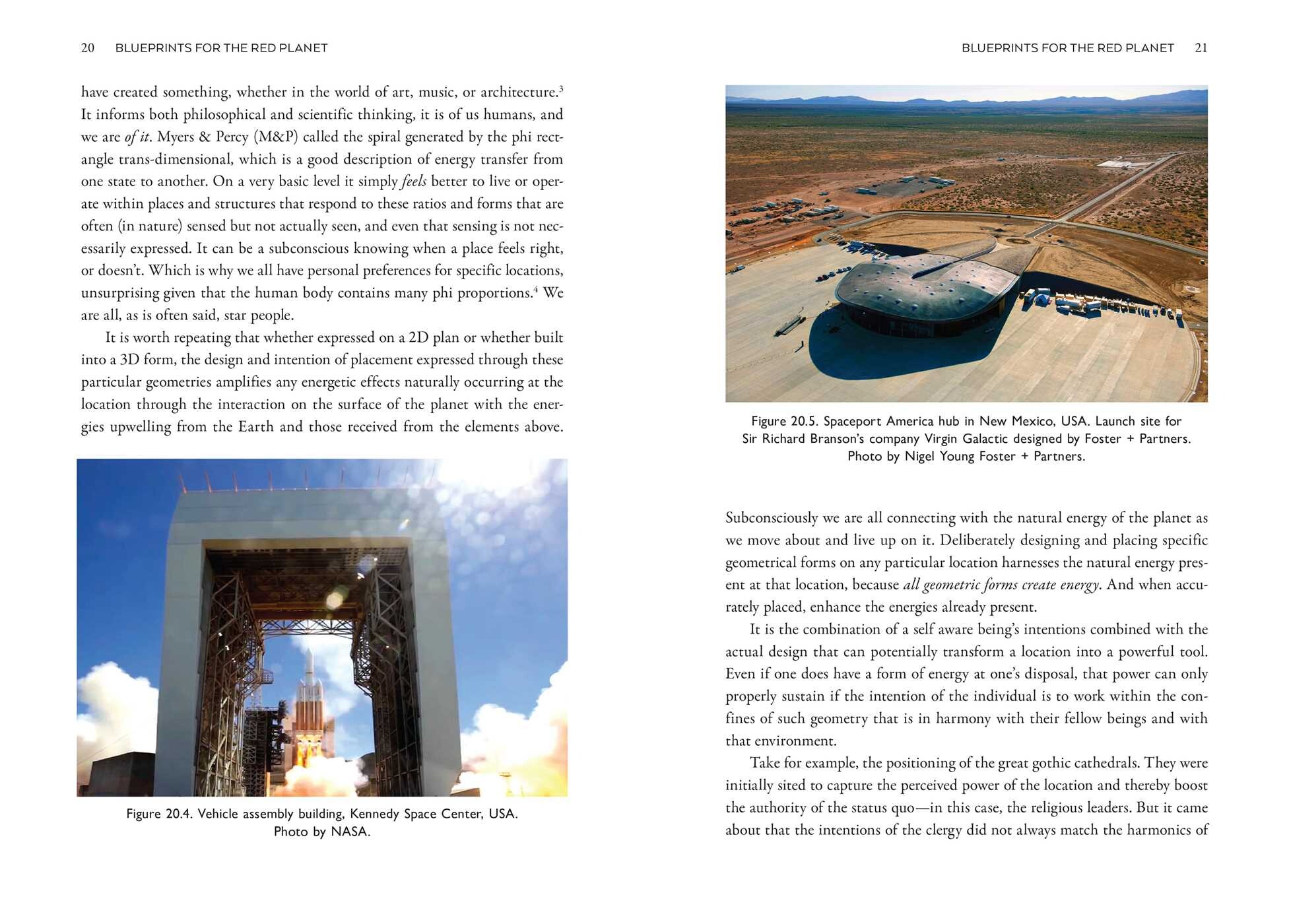 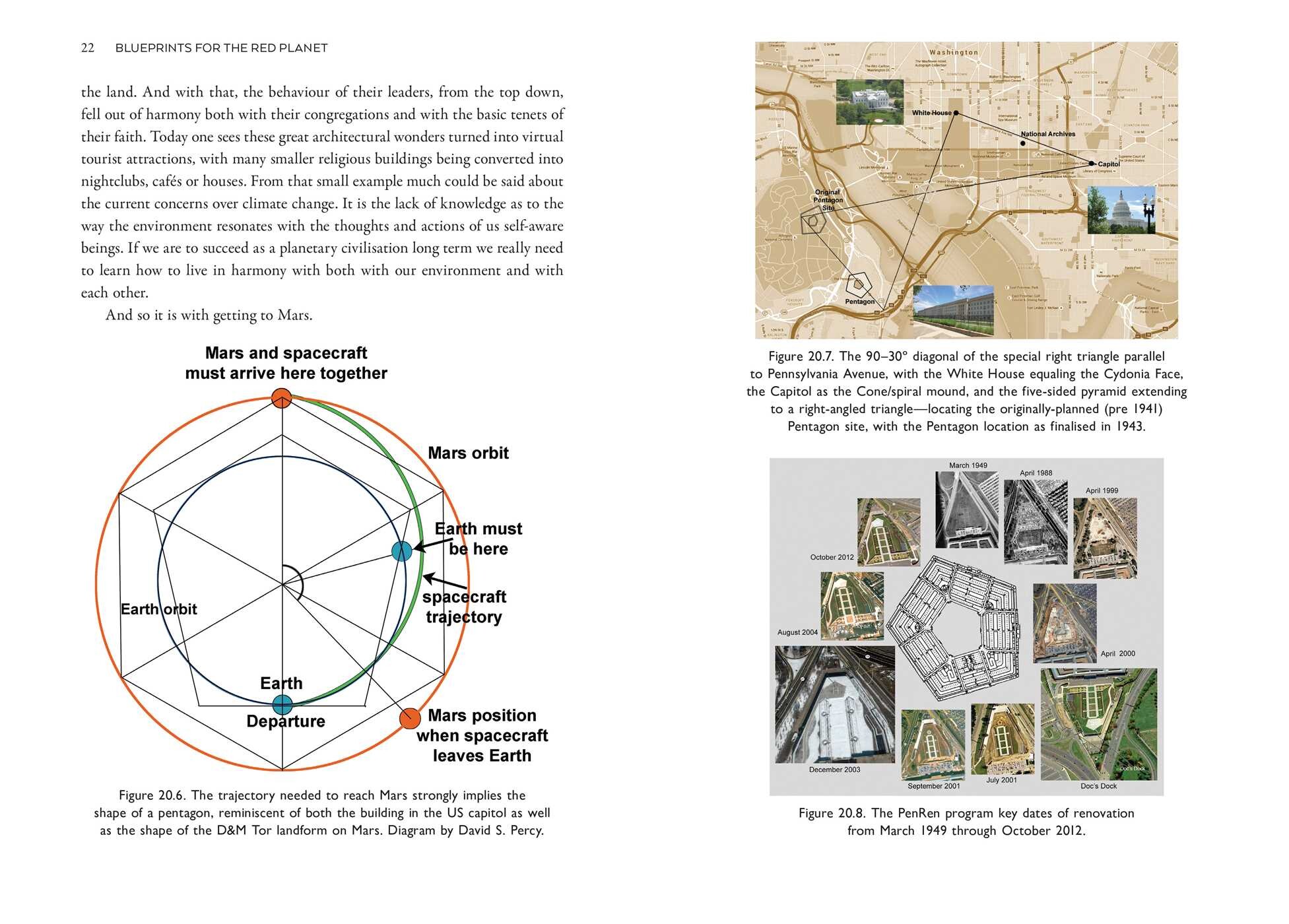 Alien Intelligence and the Pathway to Mars

The Hidden Connections between the Red Planet and Earth

• Details how exploratory probes sent to Mars in the 1970s triggered a plethora of anomalous events, particularly crop circles (glyphs), and how these events are messages from ET intelligence to help us send a human mission to Mars

• Illustrated throughout with color photographs, maps, and diagrams

In this full-color study based on 25 years of research, Mary Bennett explores the ancient and modern connections between Mars and Earth as well as how extraterrestrial intelligences are trying to assist us in constructing a viable spacecraft to take a human crew swiftly and safely to Mars. She details how exploratory probes sent to Mars in the 1970s triggered over three decades of anomalous yet scientifically validated events, including crop circles, or crop glyphs. She explains how these formations, along with related events, encode advanced engineering concepts that offer solutions to the fundamental problems presently hindering long-haul crewed ­spaceflight--whether to the Moon, Mars, or beyond.

Looking at the red planet itself, the author reveals the scientifically verifiable evidence pointing to intelligent design on the surface of Mars, specifically in the Cydonia region, which fits the Golden Ratio Spiral. She looks at the covert links between the Martian formations and Earth’s ancient sites, such as the Avebury landscape in England and the Giza Complex. She describes how agencies concerned with space travel have been quietly mirroring areas of Mars through construction projects here on Earth, revealing that many of the ET messages have already been partially decoded.

Taking you from a complex on Mars to the Teotihuacán pyramids in Mexico, from phi ratios to the Pentagon, from the Great Pyramid to quantum computing, this exploration of the hidden influence of Mars shows that our abilities as a future space-faring species began in the ancient past and are now coming to fruition.

The people of Earth have long been fascinated by Mars, and the notion that there might be life on the red planet has absorbed astronomers ever since Giovanni Schiaparelli observed its channels, over 150 years ago.

In the 1970s we began physically interacting with Mars, first launching probes to fly past and orbit Mars, then sending small craft to touch down and, in more recent times, sending robots and roving vehicles to explore its surface. As a result of all this activity Mars has been photographed and imaged extensively, but the next step - getting humans all the way there and landing them alive and in a healthy state - is a totally different matter. . . .

It is the premise of this book that the achievement of successfully landing a probe on the surface of Mars demonstrated to extraterrestrial intelligence (ETI) that as a species we are now on the verge of addressing the challenge of sending human astronauts to land on another planet. But in reality, however good automated probes might be, the lack of progress in crewed deep space flight has demonstrated that existing rockets and spacecraft technology are woefully inadequate when it comes to protecting human beings anywhere beyond low-Earth orbit.

During the 1970s the US and the USSR managed to send probes to Mars equipped with cameras to make planetary observations. And as NASA’s Mariner 9 was travelling towards the red planet, space engineers, having decided that mathematics would be understood by any civilisation advanced enough to interface with the probes, were preparing messages for ETI. Greetings plaques were attached to Pioneer craft numbers 10 and 11. Launching in 1972 and 1973 respectively, both of these deep space probes bore an aluminium plaque engraved with the diagrams encoding mathematical, biometric, and locating data.

Simultaneously in June 1972, exactly the same month that Mariner 9, during its extended mission, re-imaged the Cydonia region of Mars for the second time, anomalous events occurred on Earth, indicating interactions from ETI, which, as the following chapters will show, have continued in various forms.

Four years after Mariner 9, the Viking probes were observing Mars once again, and photographing the Cydonian region. In July 1976 an image was returned that looked so much like an upturned sphinx-like face that it was specifically mentioned at a press briefing - despite being dismissed as “a trick of the light.” Coincidentally a committee, led by Carl Sagan, was in the process of selecting elements to be incorporated into a sound recording with the finished product to be attached to the Voyager probes launching in 1977.

After collating the available evidence during research for this book, it has become abundantly clear that communications and messages from Earth have not gone unheeded. Just as humans have sent out encoded and engraved diagrams and disks of recorded sound, messages have been returned to us here on Earth, using the same methods that we adopt to send messages from Earth into space, incising into our material world symbols and shapes containing layers of decipherable meaning.

. . . Today, humans can only travel a fraction of the distance to the Moon--and NASA, the agency that built the rockets and modules of the ’60s, had to retire the Space Shuttle program after it failed to make significant advances and now has to rely on Russian spacecraft to transport astronauts to and from the International Space Station, orbiting a mere 250 miles off the surface of the Earth--just one thousandth of the way to the Moon.

During the 1960s when the term “Rocket Science” became shorthand for doing something really brainy and clever, the public were encouraged to leave the difficult stuff to the scientists. But with the hindsight of 20/20 vision, maybe we should all start asking the awkward questions--since clearly there are profound challenges to be overcome when designing, building, and launching a craft for journeying into deep space with a full crew aboard and a fit-for-purpose lander.

The stagnating technology underscores the necessity for a big rethink. A totally new approach to human space travel is seriously overdue and a paradigm shift is needed to make a genuine breakthrough.

In February 2020, SETI (the Search for Extra-terrestrial Intelligence Institute) announced that the search for ETI had finally “gone mainstream” when it was granted access to real time data coming from the Very Large Array (VLA) Observatory in New Mexico. Should this SETI-VLA collaboration succeed then a change of perspective is on the horizon.

This book suggests that energetic interactions with our world (some via the VLA but mostly by events considered anomalous by scientists) are actually encoded aspects of physics that, to date, mainstream science and the space agencies appear not to have fully grasped.

The messages sent from Earth encode factual information for ETI about the people of Earth, with a sprinkling of culture added to the mix, for example, the first two bars of Beethoven’s String Quartet No.13 in B♭ major. The messages received on Earth contain extra content addressed to creative rather than linear minds, forming neural pathways capable of change and development.

This book contains the story of how we got to where we are today in the matter of ETI and the quest to travel into space and it also suggests how we might proceed in decoding the data and information held within those anomalous events described. It further proposes that the knowledge transmitted can assist us in overcoming present technological difficulties both here on Earth and in space, so that ultimately humans can construct a viable spacecraft sufficiently advanced to take pioneering humans swiftly and safely to somewhere we really want to go--to Mars.
Mary Bennett

Mary Bennett is an author, editor, translator, and former executive for several major brand corporations, including Les Must de Cartier and l’Oreal subsidiary Artcurial. Gifted with psychic abilities, she began scientifically investigating crop glyphs in 1989. The coeditor of Aulis Online, she is the coauthor of Dark Moon: Apollo and the Whistle-Blowers. She lives in Wiltshire, UK.

“Wow! What a fascinating book, full of intrigue and surprises, brimming with meticulous research and explosive revelations. From the secrets of crop circles to the hidden code on Mars, from megalithic geometry to the technology behind spacecra propulsion drives, Alien Intelligence and the Pathway to Mars will keep you turning the pages and wondering about it all.”

– John Martineau, geometer, author of A Little Book of Coincidence in the Solar System, and publisher

"The book contains an impressive full-color array of photos and illustrations from front to back. It represents a quarter of a century of the author’s research into ancient terrestrial earthworks, from Avebury to the Giza Complex, to the Teotihuacan pyramids of Mexico, and other remote sites, making comparisons to sites on the surface of Mars, particularly the Cydonia region, along with clues from crop circles and crop glyphs studied here on earth, putting forth her theory that there are extraterrestrial clues that point to connections between our planet and Mars."

Alien Intelligence and the Pathway to Mars

The Hidden Connections between the Red Planet and Earth