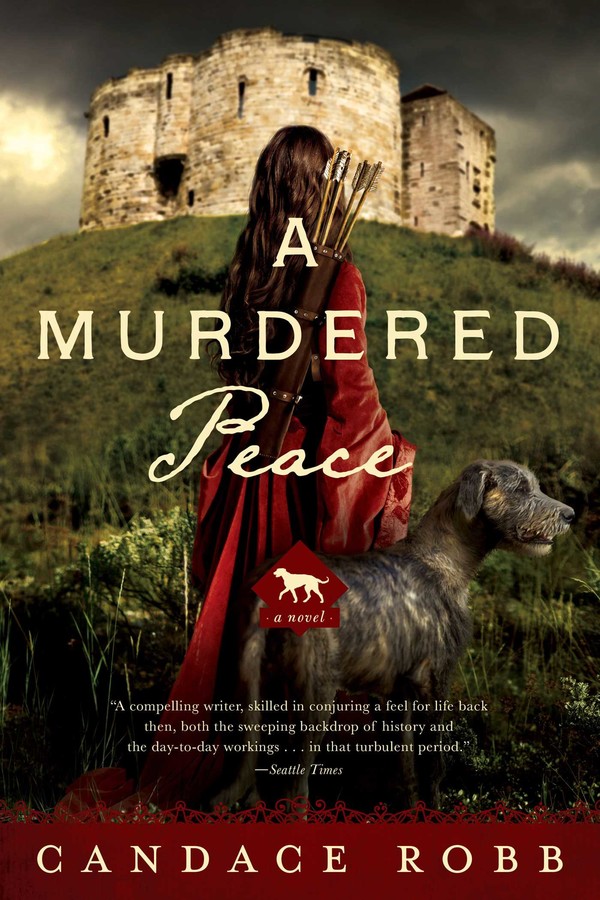 By Candace Robb
LIST PRICE $15.95
PRICE MAY VARY BY RETAILER

England still in tumult at the start of the fifteenth century, as Kate Clifford finds herself working to prove the innocence of her longtime confidante.

It is deep winter in York, 1400, the ground frozen, the short days dimmed with the smoke from countless fires, the sun, when it shines, low in the sky. It is rumored that the Epiphany Uprising, meant to relieve the realm of the Henry the usurper and return King Richard to the throne has, instead, spelled his doom. As long as Richard lives, he is a threat to Henry. So, too, the nobles behind the plot. The ringleaders have been caught, some slaughtered as they fled west by folk loyal to Henry, and the king’s men now search the towns for survivors.

A perilous time, made worse for Kate Clifford by the disappearance of Berend, her cook and confidante, shortly after Christmas. Her niece saw his departure in a dream—he said he was honor bound to leave. Honor bound—to a former lord? One of the nobles who led the uprising? Is he alive? She is hardly consoled when Berend reappears, wounded, secretive, denying any connection to the uprising, but refusing to explain himself. When he is accused of brutally murdering a spice seller in the city, Kate discovers a chest of jewels in his possession. Some of the jewels belong to her old friend Lady Margery, wanted by the king for her husband’s part in the uprising. For the sake of their long friendship, and the love she and her wards bear for him, Kate wants to believe his innocence. So, too, does Sir Elric. And he has the powerful backing of the Earl of Westmoreland. All she need do is confide in him. If only she trusted her heart.

Candace Robb is the bestselling author of 13 crime novels set in 14th century England, Wales, and Scotland, including the acclaimed Owen Archer series and the Margaret Kerr trilogy. Writing as Emma Campion, Candace has published historical novels about two fascinating women she encountered while researching the Owen Archer mysteries: Alice Perrers (The King's Mistress) and Joan of Kent (A Triple Knot). Candace lives in Seattle, Washington.

"Superior. Robb effortlessly integrates the era’s intrigues into a whodunit framework and peoples the plot with a wide array of characters readers will come to care about."

"Those who meddle in the affairs of kings live to regret it. A convoluted tale of love and murder set in a turbulent period when death and betrayal lurk around every corner."

"A Murdered Peace is an absorbing addition to Robb’s Kate Clifford series: it serves up timeless issues in a fascinating medieval setting."

"A fine flowing narrative and a genuine sense of mystery and peril."

"Robb deftly weaves in historical background and details, ranging from political context to facets of daily life. Kate Clifford is an intriguing character in Robb’s oeuvre, privileged enough to mix with the upper classes, yet streetwise and welcoming to the poor. Through her, readers are afforded a well-rounded view of 15th-century life, as well as a page-turner of a tale."

"A detailed and haunting historical saga. Kate begins unraveling a maze of mysteries in this compelling and rich page-turner."

By Candace Robb
LIST PRICE $15.95
PRICE MAY VARY BY RETAILER