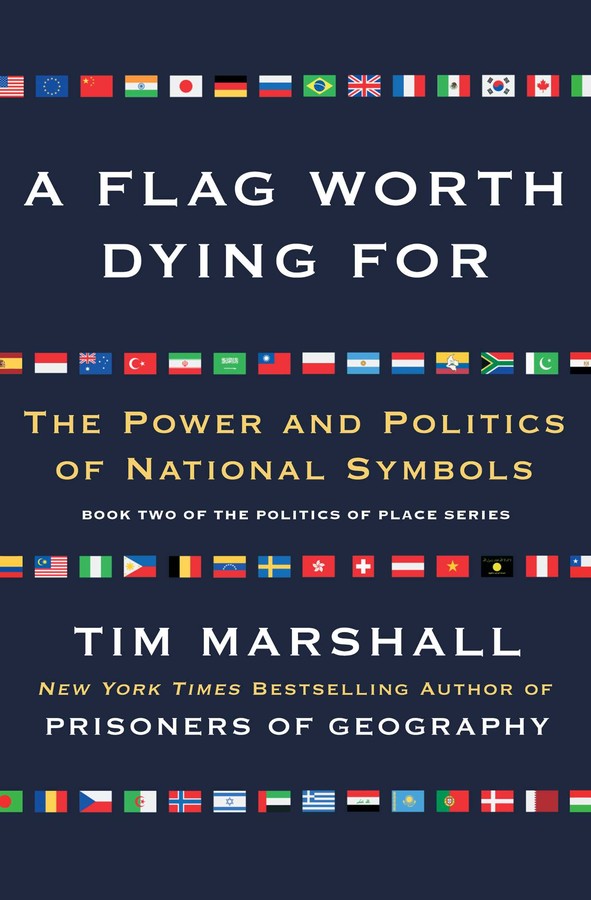 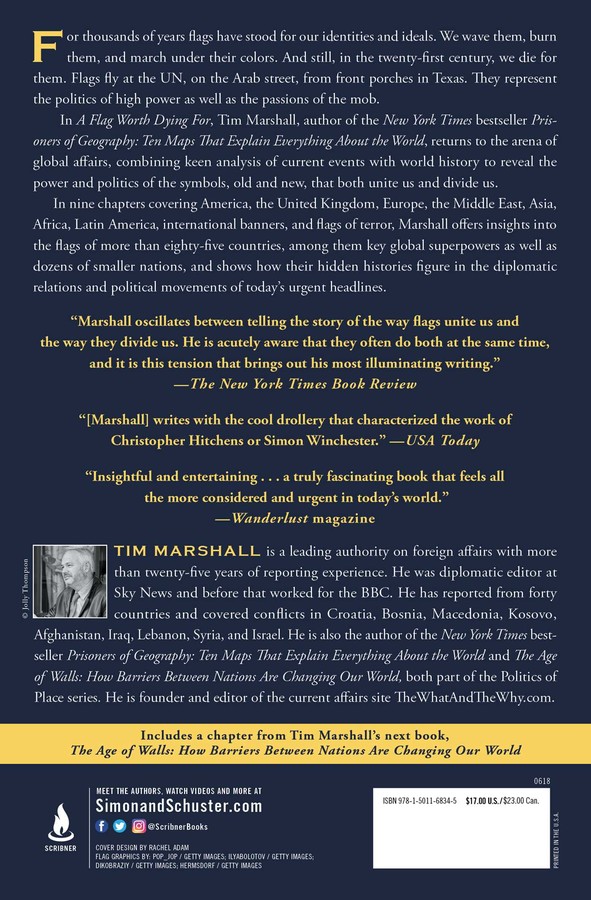 A Flag Worth Dying For

The Power and Politics of National Symbols

For thousands of years flags have represented our hopes and dreams. We wave them. Burn them. March under their colors. And still, in the twenty-first century, we die for them. Flags fly at the UN, on Arab streets, from front porches in Texas. They represent the politics of high power as well as the politics of the mob. From the renewed sense of nationalism in China, to troubled identities in Europe and the USA, to the terrifying rise of Islamic State, the world is a confusing place right now and it’s important to understand the symbols, old and new, that people are rallying around.

In nine chapters (covering the USA, UK, Europe, Middle East, Asia, Africa, Latin America, international flags, and flags of terror), Tim Marshall’s A Flag Worth Dying For is a “brisk, entertaining read…that successfully answers a puzzling question: how can a simple piece of cloth come to mean so much? Marshall presents an informative survey of these highly visible symbols of national or international pride” (Publishers Weekly), representing nation states and non-state actors (including ISIS, Hezbollah, and Hamas), and explains how they figure in diplomatic relations and events today.

Drawing on more than twenty-five years of global reporting experience to reveal the true meaning behind the symbols that unite us—and divide us—Marshall “writes with the cool drollery that characterized the work of Christopher Hitchens of Simon Winchester” (USA TODAY). The “illuminating” (The New York Times) A Flag Worth Dying For is a winning combination of current affairs, politics, and world history and “a treasure vault for vexillologists, full of meaning beyond the hue and thread of the world’s banners” (Kirkus Reviews). 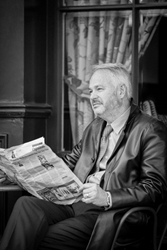 © Jolly Thompson
Tim Marshall
Tim Marshall is a leading authority on foreign affairs with more than 30 years of reporting experience. He was diplomatic editor at Sky News, and before that was working for the BBC and LBC/IRN radio. He has reported from 40 countries and covered conflicts in Croatia, Bosnia, Macedonia, Kosovo, Afghanistan, Iraq, Lebanon, Syria and Israel. He is the author of five books including the no.1 Sunday Times bestseller Prisoners of Geography; Worth Dying For: The Power and Politics of Flags; and Divided: Why We’re Living in Age of Walls. He is the founder and editor of TheWhatandtheWhy.com.

“Bristling with historical trivia and commentary on current events, this entertaining survey of vexillology, the study of flags, examines the banners of more than eighty-five nations, as well as those of the Islamic State, the L.G.B.T.Q. community, and pirates.” —The New Yorker

“[Marshall] writes with the cool drollery that characterized the work of Christopher Hitchens or Simon Winchester. He tackles a topic that many people take seriously without taking himself seriously, and the result is a book that explains where many of the flags that capture the world's imagination come from and why.” —USA Today

“In this brisk, entertaining read, Marshall successfully answers a puzzling question: how can a simple piece of cloth come to mean so much? Marshall presents an informative survey of these highly visible symbols of national or international pride.”
—Publishers Weekly

“Country by country the author considers the great diversity of the world's flags, serving up with offhand affection a lively text full of interesting anecdotes and telling details. A treasure vault for vexillologists, full of meaning beyond the hue and thread of the world's banners.”
—Kirkus Reviews

"A fascinating tour of the world's ensigns, their histories and meanings…a sobering lesson in just how silly we human beings can be."
—Daily Mail (UK)

"Insightful and entertaining ... a truly fascinating book that feels all the more considered and urgent in today's world of Brexit, Trump, China and ISIS."
—Wanderlust magazine (UK)

"Marshall points out that we often forget the aggressive symbolism of established flags ... [they] are a quick, visual way of communicating loyalties, power and ideas."
—The Times (UK)

"A must read for anyone wishing to grasp the meanings behind today's international affairs."
—Human Security Centre (UK)

"Marshall has drawn on 25 years as a reporter in 40 countries to produce an engagingly written, veritable page-turner. Whether the topic is ethnic identity, Japanese imperialism, Panamanian shipping law or the defeat of Nazism, flags speak volumes about our human condition."
—The Jewish Chronicle

“Marshall oscillates between telling the story of the way flags unite us and the way they divide us. He is acutely aware that they often do both at the same time, and it is this tension that brings out his most illuminating writing.” —New York Times Book Review

A Flag Worth Dying For

The Power and Politics of National Symbols

More books in this series: Politics of Place