Engineer/novelist/journalist/entrepreneur Wil McCarthy is a former contributing editor for WIRED magazine and science columnist for the SyFy channel (previously SciFi channel), where his popular "Lab Notes" column ran from 1999 through 2009. A lifetime member of the Science Fiction and Fantasy Writers of America, he has been nominated for the Nebula, Locus, Seiun, AnLab, Colorado Book, Theodore Sturgeon, and Philip K. Dick awards, and contributed to projects that won a Webbie, an Eppie, a Game Developers' Choice Award, and a General Excellence National Magazine Award. In addition, his imaginary world of "P2," from the novel Lost in Transmission, was rated one of the ten best science fiction planets of all time by Discover magazine. His short fiction has graced the pages of magazines like Analog, Asimov's, WIRED, and SF Age, and his novels include the New York Times Notable Bloom, Amazon.com "Best of Y2K" The Collapsium (a national bestseller), and To Crush the Moon. He has also written for TV, appeared on The History Channel and The Science Channel, and published nonfiction in half a dozen magazines, including WIRED, Discover, GQ, Popular Mechanics, IEEE Spectrum, and the Journal of Applied Polymer Science.

Previously a flight controller for Lockheed Martin Space Launch Systems and later an engineering manager for Omnitech Robotics and founder/president/CTO of RavenBrick LLC, McCarthy now writes patents for a top law firm in Dallas. He holds patents of his own in seven countries, including twenty-nine issued U.S. patents in the field of nanostructured optical materials.

Get updates about Wil McCarthy and recommended reads from Simon & Schuster.
Plus, get a FREE eBOOK when you sign up! 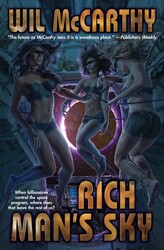 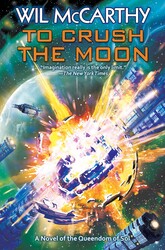 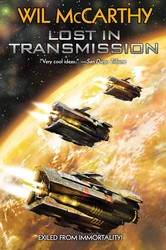 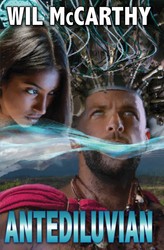 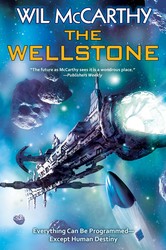 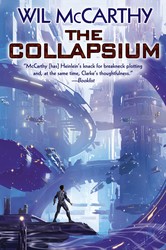