Clay McLeod Chapman is the author of The Remaking, nothing untoward, miss corpus and rest area, as well as The Tribe middlegrade series: Homeroom Headhunters, Camp Cannibal and Academic Assassins.

In comics, Chapman is the writer of the ongoing Marvel series Scream: Curse of Carnage. He has written Absolute Carnage: Separation Anxiety, Iron Fist: Phantom Limb, Typhoid Fever, as well as for Edge of Spider-Verse and Venomverse, The Avengers, Amazing Spider-Man, Ultimate Spider-Man, American Vampire, and Scream: King In Black, among others.

He is the creator of Self Storage (451 Media) and Lazaretto (BOOM! Studios).

Chapman wrote the book for Hostage Song (music & lyrics by Kyle Jarrow). He is the author of such plays as commencement, the cardiac shadow and volume of smoke. His story-monologues birdfeeder, undertow and the wet echo have been featured in The Best American Short Plays anthologies.

Chapman was educated at the North Carolina School of the Arts for Drama, the Burren College of Art, and Sarah Lawrence College. He currently teaches writing at The Actors Studio MFA Program at Pace University.

Get updates about Clay McLeod Chapman and recommended reads from Simon & Schuster.
Plus, get a FREE eBOOK when you sign up! 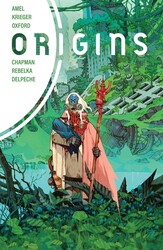 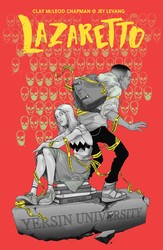