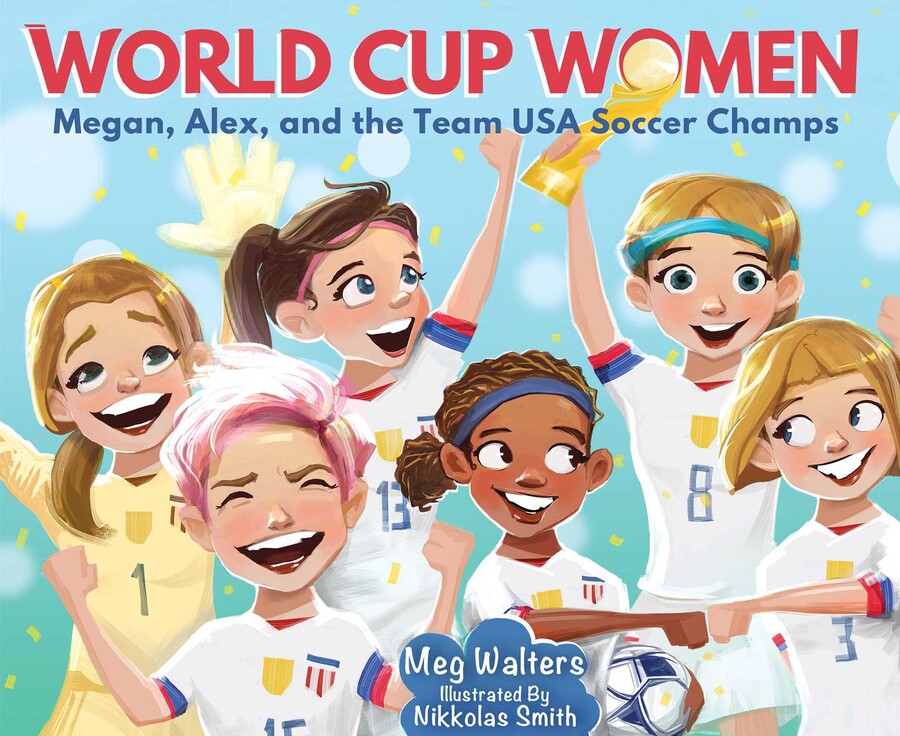 This is the illustrated story of 23 soccer players who worked together to become World Cup champions and heroes to millions of men, women, boys, and girls across America and around the world.

In July 2019, a record number of people all around the world tuned in to watch the Women's World Cup, which took place in France. Fifty-two games, twenty-four teams, four weeks . . . one winner.

Megan Rapinoe had waited for this day since she attended a World Cup game as a teenager, and Alex Morgan had set her sights on a World Cup victory of her own as she watched Mia Hamm, Brandi Chastain, and Team USA win in 1999. Years of hard work, determination, and practice put Megan, Alex, and their teammates in the perfect position, and they took full advantage.

Rose Lavelle, Tobin Heath, Alyssa Naeher, Crystal Dunn, Ali Krieger, Julie Ertz, Carli Lloyd, and the rest of the US Women's National Team returned home from France with the title, the trophy, and their nation's pride, becoming the first team in history to win four Women's World Cup titles! New York City threw a parade in their honor, and fans lined the streets, clapping and cheering and chanting their names. These women were on top of the world—they'd come so far. They'd achieved their dreams!

World Cup Women highlights Team USA's tournament experience and provides a glimpse into what shot them to the top . . . and what may keep them there a little longer.

Nikkolas Smith, a native of Houston, Texas, is a concept artist, children's book author, and Hollywood film illustrator. He is the author/illustrator of The Golden Girls of Rio, which was nominated for an NAACP Image Award, My Hair Is Poofy and That's Okay, and most recently, World Cup Women. As an illustrator of color, Nikkolas is focused on creating captivating art that can spark important conversations in today's world and inspire meaningful change. Many of his viral and globally published sketches are included in his book Sunday Sketch: The Art of Nikkolas. He lives in Los Angeles, California. Find out more at nikkolas.com.