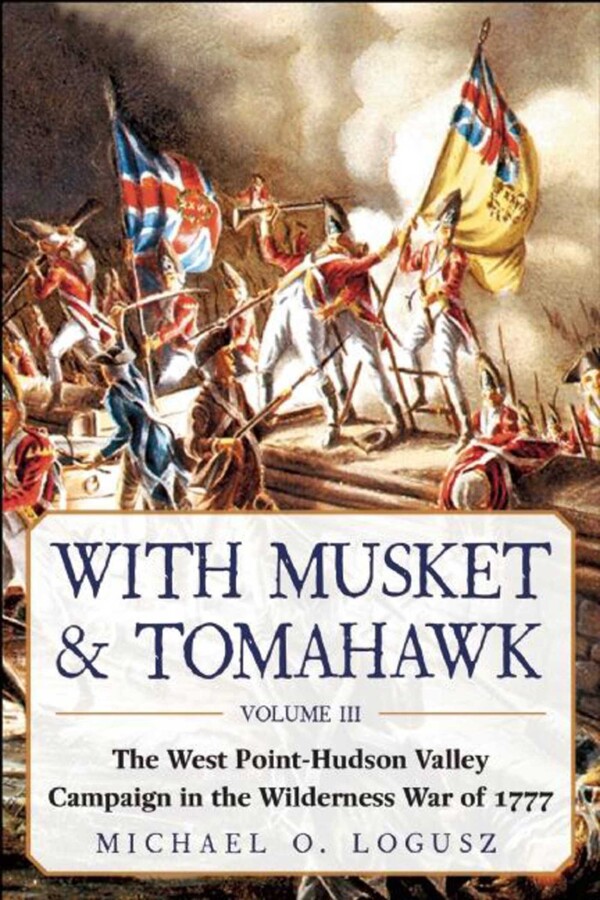 The West Point?Hudson Valley Campaign in the Wilderness War of 1777

In this third volume of Michael Logusz’s epic study of the Wilderness War of 1777, a sizable British military force, augmented with German and loyalist soldiers, attacks the Northern Army’s southern front in the fall of 1777 in hopes of assisting a much larger British Army that is threatened to the north of New York City in the wilderness region of Saratoga.

In previous works on the Wilderness War, Logusz deftly described General John Burgoyne’s efforts in the Saratoga campaign. He covered the exploits of British general Barry St. Leger and the convergence of British, German, Canadian mercenary, loyalist, and Indian forces toward Albany. In this third installment, Logusz presents how British general Sir William Howe was to advance northward from New York City with a force of almost twenty thousand regulars accompanied with a strong river naval force to link up with the two other commanders in Albany. Capturing Albany would not only deny the provincials a vital town on the edge of a wilderness, but also cut off the entire region of New England from the rest of the newly established nation. Instead, Howe decided to pursue Washington in Pennsylvania, leaving behind British general Sir Henry Clinton in New York City to deal with the city's lingering troubles and the events to the north.

The book vividly describes the hardships encountered by the patriots fighting for independence and their opponents, along with Clinton’s experiences in and around New York City, West Point, and the Hudson Valley region. Logusz illustrates in depth the terrain, tactics, and terror of the multifaceted Wilderness War of 1777.

The West Point?Hudson Valley Campaign in the Wilderness War of 1777