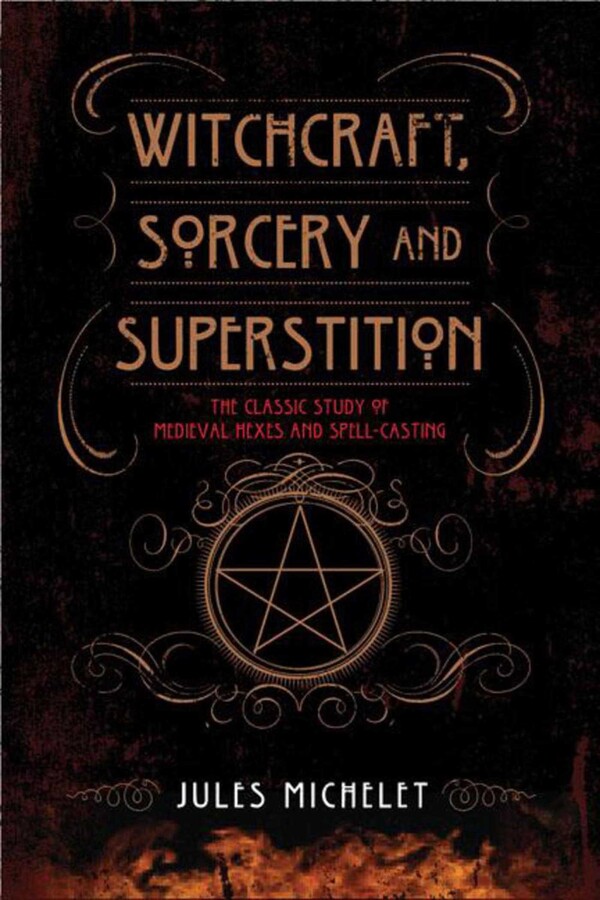 The Classic Study of Medieval Hexes and Spell-Casting

Witchcraft, Sorcery and Superstition, a classic study of medieval hexes and spell-casting, is one of the truly great sociological works of modern times. Michelet draws vivid word pictures of the witch-hunts, the Black Masses, the reign of Satan, and the weird rites of the damned. Here is an age of unbridled pleasure and sensuality, of luxury beyond imagining, and squalor behind endurance.

It was a time when a girl might be accused of witchcraft merely and she was young and pretty and did not survive the test of immersion in water or boiling oila day of beatings, floggings, tortures, and summary decapitations.

Starting from the 4th century, Michelet meticulously explains the history, background, origin of each sacrament and ritual, leaving one thoroughly occupied with this fantastical world of superstition, paranoia, and perhaps the paranormal. History intermingled with a gripping narrative, this enchanting piece will have you immersed in the world of magic.

Witchcraft, Sorcery and Superstition is indeed one of the great works on the Age of Darkness.

The Classic Study of Medieval Hexes and Spell-Casting