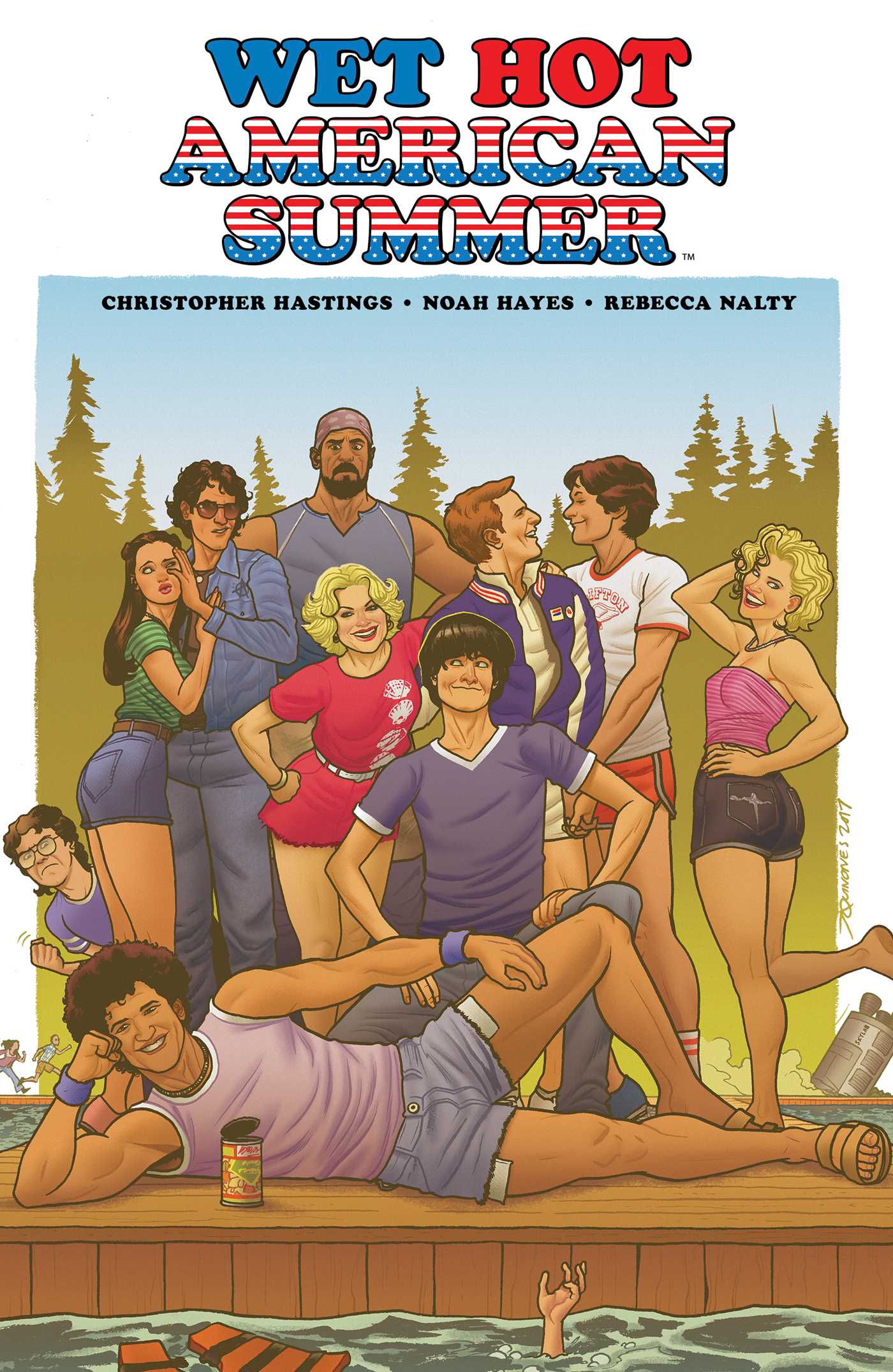 It’s time to shut up and return to Camp Firewood in the first-ever, all-new original graphic novel for the beloved, cult classic, Wet Hot American Summer.

It’s time to shut up and return to Camp Firewood in the first-ever, all-new original graphic novel for the beloved, cult classic, Wet Hot American Summer. To tell you all about it, here’s Camp Director Beth.

“Well guys, we made it through the first week of camp in one piece . . . except for a few campers who now are lepers. Anyway, so I gave the Camp Firewood counselors the night off to head into town to do whatever it is teenagers do and some old coot—excuse me, old sea hag whore face—called the fuzz, which led to a surprise camp inspection! Not only did they find out that we have a kid who doesn’t shower but apparently the entire camp isn’t up to code! Now we have 24 hours to clean up our act or they’re going to shut down Camp Firewood. Luckily, I have the best counselors in the whole wide world…wait, where are those little jackasses…in town still?! We are so screwed...”

There you go! Join Beth, Coop, Katie, Andy, Susie, Gene, Nancy, Victor, Ben, McKinley, J.J., Gary, Gail, and probably some other people in this unforgettably tender story of camp spirit and spreading mud on your ass written by the hilarious, deliciously irreverent Christopher Hastings (Deadpool) and illustrated by artistic dungeon master Noah Hayes (Goldie Vance). What are you waiting for? Go read it.