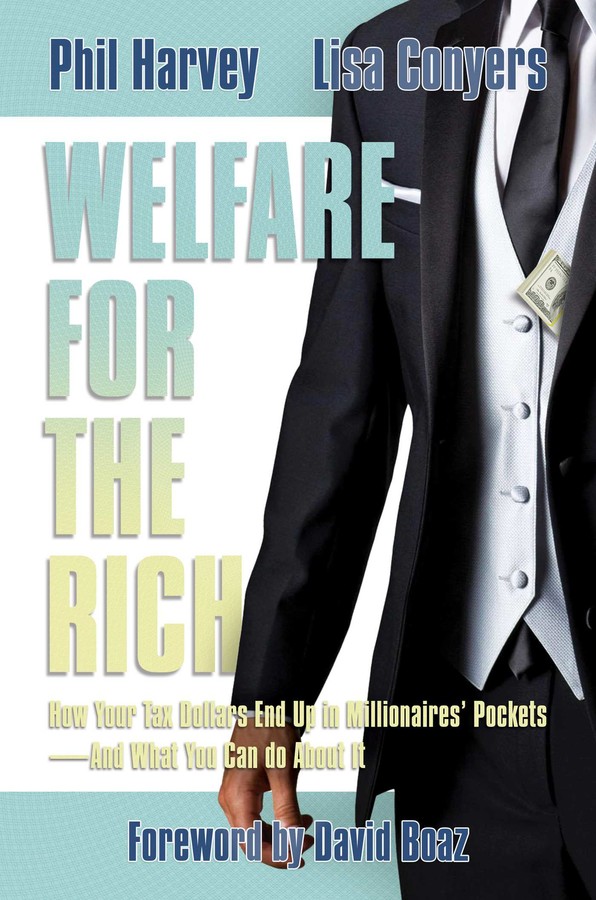 Welfare for the Rich

In today’s ultra-polarized and highly partisan political environment, Welfare for the Rich is one of the rare books written to appeal to engaged and open-minded citizens from across the political spectrum.

Welfare for the Rich is the first book to describe and analyze the many ways that federal and state governments provide handouts—subsidies, grants, tax credits, loan guarantees, price supports, and many other payouts—to millionaires, billionaires, and the companies they own and run. Many journalists, scholars, and activists have focused on one or more of these dysfunctional programs. A few of the most egregious examples have even become famous. But Welfare for the Rich is the first attempt to paint a comprehensive, easily accessible picture of a system largely designed by the richest Americans—through lobbyists, lawyers, political action committees, special interest groups, and other powerful influencers—with the specific goal of making sure the government keeps wealth and power flowing from the many to the few.

“Welfare for the Rich masterfully documents how governments violate free market principles by passing laws that bestow special favors, subsidies, and power to the wealthy. Readers will share the righteous indignation of authors Phil Harvey and Lisa Conyers when they discover how their tax dollars are being wasted on pet projects and programs for the rich.”

“Harvey and Conyers offer concrete, feasible, fair solutions to end the thousands of government programs that are taking from the poor to give to the rich. Welfare for the Rich is based on thorough research that will make any normal person’s blood boil, as one ripoff after another is brought to light. Get angry. And then get real. Kudos to Harvey and Conyers for offering a realistic path to an equitable and just society.”

"As governor of New Mexico, I became all too familiar with government programs and policies that favored the wealthy and well-connected at taxpayer expense. Today, citizens of all political persuasions can surely agree that taxpayer money should not be channeled to those who need it least. Thanks to Phil Harvey and Lisa Conyers for demonstrating the scope of this waste.”

“Conyers and Harvey describe—in infuriating detail—all the ways that the wealthy and the well-connected use the power of the state to divert your money into their pockets. This robust defense of free markets is both timely and terrifying.”

"The political left has long demanded government intervention to reduce economic inequality. Increasingly, the political right is joining in this call. Yet as Harvey and Conyers make crystal clear, government itself is a major contributor to inequality and more government programs will only make things worse. Far better would be to heed Harvey's and Conyers's humane proposition for less government by simply eliminating the government's costly 'help-the-rich' programs."

Welfare for the Rich