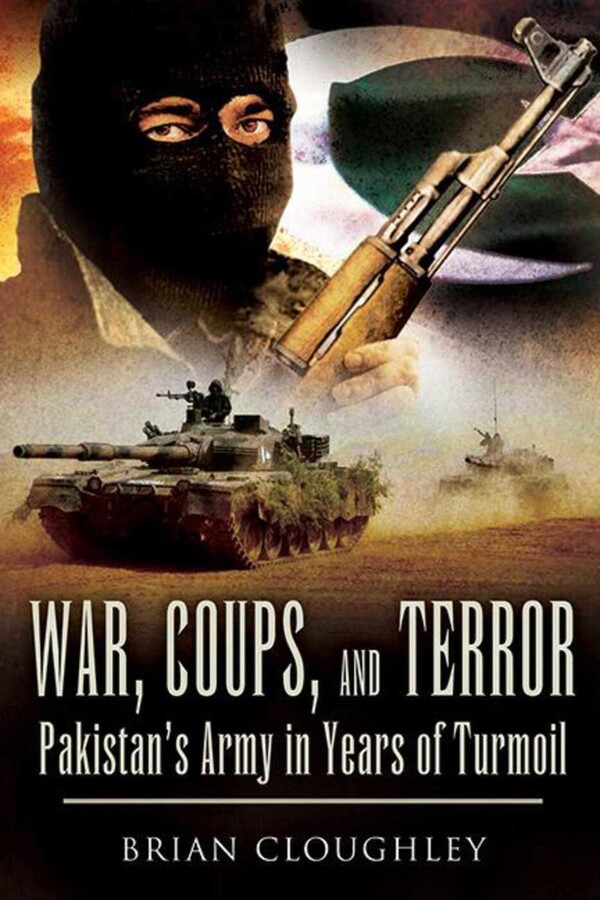 Pakistan?s Army in Years of Turmoil

A major study of the Pakistan army by an expert with access to the top levels of the political and military establishment.

In recent years, Pakistan has changed from being a state of regional strategic significance to one of major global importance. Its geographical position and delicate religious mix, coupled with a complex political structure and its status as a nuclear power, have ensured that its actionsand inactionshave attracted close scrutiny since 9/11 and the declaration of the War on Terror.” Yet there remains widespread disagreement among political and military analysts as to the real position of this enigmatic nation.

In War, Coups, and Terror, Brian Cloughley explores the underbelly of Pakistan’s military and its controversial role within the Pakistani government since Zulfikar Ali Bhutto came to power in 1971. An insider with links to Pakistan’s past and present senior officers, Cloughley provides a unique insight into the army’s influence and position as a force in the fight against al-Qaeda and the Taliban, as well as an account of operations against the 20032004 tribal uprising. His coverage of military-political relations will fascinate those who seek a closer understanding of this enigmatic and complex country, its ambitions, affiliations, and loyalties.

Now more than ever, understanding the inner workings of Pakistan is essential in making sense of central and south Asia, complex regions of immense influence on the rest of the world for years to come.

A valuable and in-depth resource that will be important for the subject area.”  Library Journal

A valuable and in-depth resource that will be important for the subject area.”  Library Journal

Pakistan?s Army in Years of Turmoil