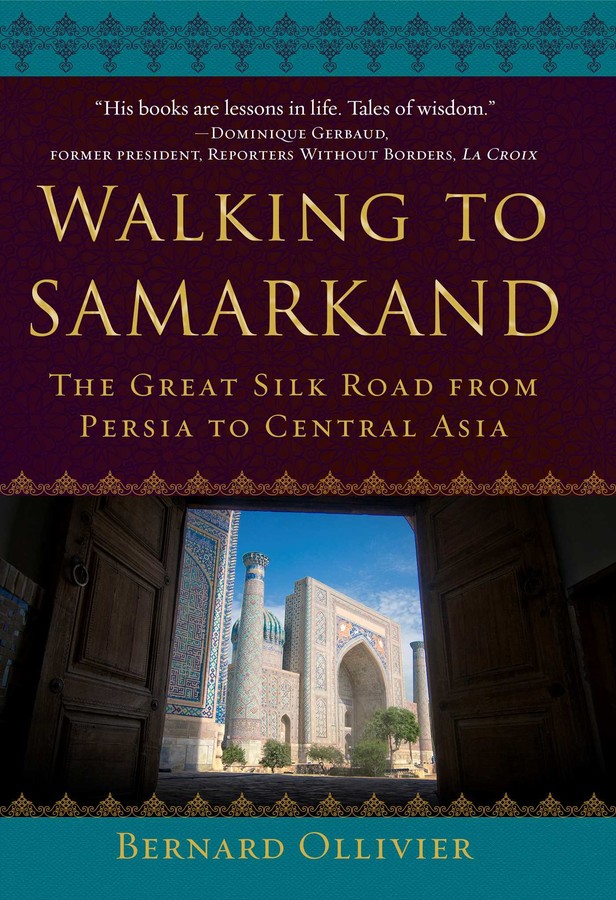 The Great Silk Road from Persia to Central Asia

Acclaimed journalist Bernard Ollivier continues his epic journey across Persia and Central Asia as he walks the length of the Great Silk Road.

Walking to Samarkand is journalist Bernard Ollivier’s stunning account of the second leg of his 7,200-mile walk from Istanbul, Turkey, to Xi’an, China, along the Silk Road--the longest and perhaps most mythical trade route of all time. Picking up where Out of Istanbul left off, Ollivier heads out of the Middle East and into Central Asia, grappling not only with his own will to continue but with new, unforeseen dangers.

Setting his own fears aside, he travels on, wonderstruck at every turn, borne by a childhood dream: to see for himself the golden domes and turquoise skies of Samarkand, one of Central Asia’s most ancient cities. But what Ollivier enjoys most are the people along the way: Askar, the hospitable gardener; the pilgrims of Mashhad; and his knights in shining armor, Mehdi and Monir. For, despite setting out alone, he comes to find that walking itself—through a kind of alchemy—surrounds him with friends and fosters fellowship.

From the authoritarian mullahs of revolutionary Iran to the warm welcome of everyday Iranians—custodians of age-old, cordial Persian culture; from the stark realities of former Soviet republics to the region’s legendary bazaars—veritable feasts for the senses—readers discover, through the eyes of a veteran journalist, the rich history and contemporary culture of these amazing lands.

The Great Silk Road from Persia to Central Asia