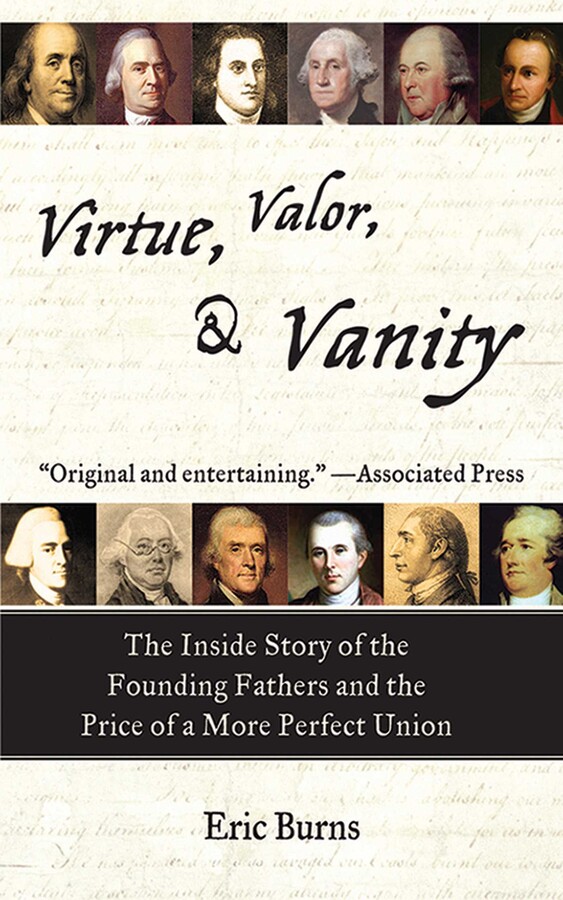 Washington, Adams, Henry, Jefferson, Franklin, and Hamilton: their ambitions, intrigues, and jealousies shaped the birth of the nation, but they overcame their foibles and imperfections to throw off the chains of tyranny and form a more perfect union. We think of them now as faces on money or statues on pedestals, and, as Burns illustrates in luminous prose, that’s exactly what they always wanted to be. They all possessed astonishing brilliance, but many had large egos and more than just a little vanity, especially John Adams, who never felt he received his public due and often complained in his letters about the unjust fame of his peers. History remembers Patrick Henry as the author of the patriotic call to arms, give me liberty, or give me death!” but, at the beginning of his life in the public eye, he shamelessly traded integrity for renown.

Interest in the founding fathers has never been greater; Virtue, Valor, and Vanity presents all of these well-known and oft-quoted men with wisdom and candor. In this fresh, informative work, Burns brings the founding fathers down off their pedestals to reveal the flesh-and-blood menvain and modest, sensitive and stubborn, brilliant and ambitiouswho attempted to overcome their faults in order to establish a new nation that would be a paragon of governance. For the armchair historian, here is an exciting new look at our country’s origins.