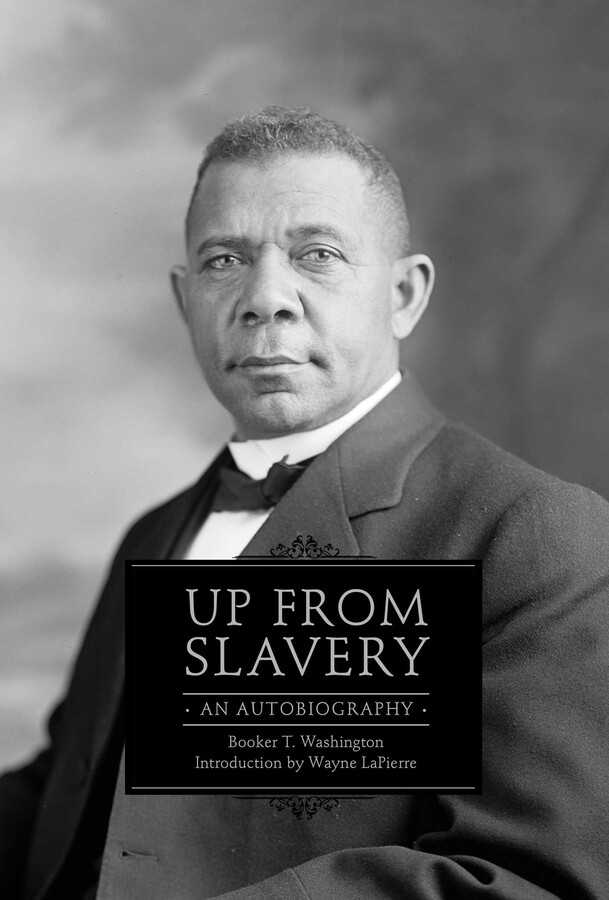 In 1856, Washington was born into a family of slaves in Virginia. From there it seemed that his fate had been sealedto live out his life as a worker in Virginia. But, this was not the case for Washington, whose impoverished childhood and undying desire for education fueled him into a dedicated obsession with the Hampton Normal and Agricultural Institute until he found himself enrolled at the school itself.

As an educated man, Booker T. Washington rose to power with his views on civil rights. Washington’s belief in education as well as trade skills for African Americans brought followers, and opposition, from all around. In Up from Slavery, all of Washington’s trials and tribulations are laid out on the page, with nothing left unsaid.

Booker T. Washington wrote Up from Slavery over the course of many years in post-Civil War America. It not only contains articles originally published in Outlook magazine, but autobiographical anecdotes as well, which were written throughout Washington’s travels in the south.