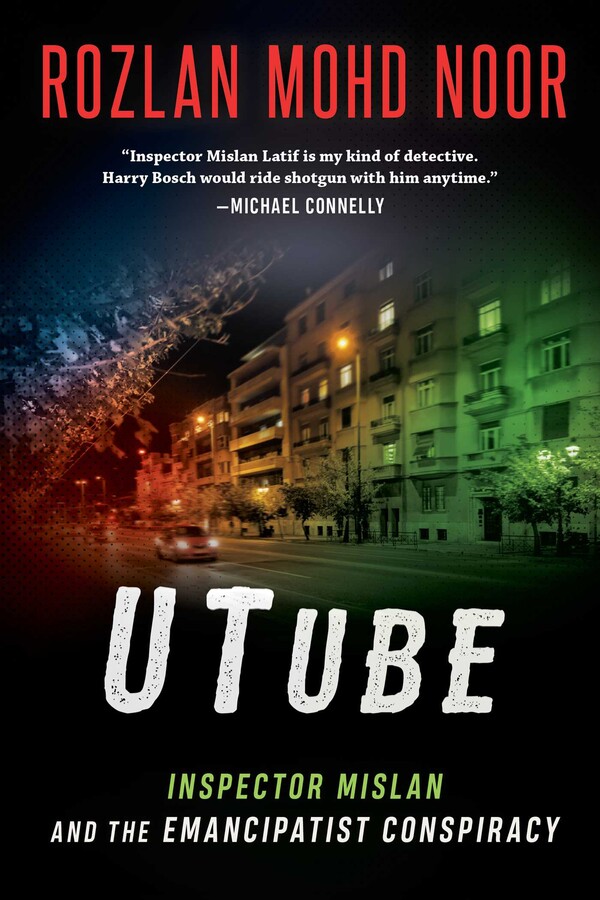 For fans of Jo Nesbo, Ian Rankin, and Michael Connelly, the third Inspector Mislan thriller takes the inspector to a netherworld of vicious crimes against women.

In this new thriller, Mislan and Detective Sergeant Johan are called to the scene of an ongoing investigation by D11, the Sexual & Child Abuse Investigation Division, that involves a series of rapes of successful young women.

What immediately jumps out as D11's Inspector Sherry investigates the first case is that the attack was filmed with a video camera. The perpetrator, gloved and masked, had gained access to the victim's apartment and was there with a cameraman, standing over her, when she woke in her bedroom. When the video appears on UTube with the legend that it shows her "salvation," the shame of it drives her to suicide. The second case involving the same M.O. has left a friend of the rape victim murdered at the scene, and that brings in the team from Special Investigations.

Forced by their superiors to combine efforts, with Sherry in the lead, Mislan struggles to rein in his maverick impulses. But the video of the second assault is posted online and then still another makes the news, leading to mounting public alarm. With pressure from above to close the case quickly, the two inspectors have no choice but to find the way to work together and uncover the trail that will lead them to the shadowy figure who calls himself the Emancipatist.

“Noor, himself a veteran of the Malaysian police force, makes the plot twists plausible and his characters true to life. This gritty series merits a long run.”—Publishers Weekly, starred review

"Rozlan Mohd Noor has written another excellent police procedural, enjoyable both for the mechanics of the investigation (forensics, leg work, computer savvy – and a bit of luck) and for its detailed background in Kuala Lumpur.  And, of course, for its food. It seems there is always food. . . . All-in-all, UTube is a quick and fun read,"—Mostly Mysteries

Praise for the Inspector Mislan Series

"Rozlan Mohd Noor proves that a great character can be found anywhere on the globe. Undaunted and determined, Inspector Mislan Latif is my kind of detective. Harry Bosch would ride shotgun with him any time."—Michael Connelly

"Impressive . . . The combination of clever plotting and portrayal of life in Malaysia is a winner. Noor brilliantly integrates an unusual impossible crime into a gritty procedural story line."—Publishers Weekly, starred review of DUKE: Inspector Mislan and the Expressway Murders

“Written in terse prose with to-the-point dialogue, little gets in the way of Noor’s narrative momentum and he tears through the story’s investigation with a nimble touch.”—LA Review of Books on 21 Immortals: Inspector Mislan and the Yee Sang Murders

“Razor-sharp and full of the grit and color of the streets of Kuala Lumpur, 21 Immortals is a gripping examination of the link between organized crime and politics. Total edge-of-the-seat stuff."—Tash Aw, award-winning author of The Harmony Silk Factory and We, the Survivors

“Has all the makings of a classic detective novel—a tough, engaging detective, a story that grips from the first page, and an ending that is just as intriguing and satisfying as you hoped it would be. Highly recommended.”—W. C. Ryan, author of A House of Ghosts

“From a macabre murder scene to an unexpected ending . . . nothing is predictable in this atmospheric story set in exotic Malaysia.” —Timothy Jay Smith, author of Fire on the Island and The Fourth Courier

“The pleasure in 21 Immortals arises from the fact the writer enjoys the storytelling. He is having fun, and it spills into the novel. He loves his hero. The unpretentious Inspector Mislan, who doesn’t ‘wear shades, or talk standing sideways,' is more likable than the lead in CSI Miami.”—SH Lim, Time Out Kuala Lumpur

"A compelling and nefarious crime with corruption at its heart. Inspector Mislan is a fierce adversary."—Lauren A. Forry, author of They Did Bad Things

"Stellar . . . Fans of honest cops working in a rigged system are in for a treat."—Publishers Weekly, starred review of 21 Immortals

"Rozian Mohd Noor tells the harrowing tale of a tough cop on the streets of Kuala Lumpur who attempts to solve the grotesque murder of an entire family. The suspense winds tighter with each new twist. Inspector Mislan, Noor’s all-too-human hero, is the perfect cop to solve this perfect crime."—Bart Paul, author of the Tommy Smith High Country Noir series

"As approachable as it is brilliant, 21 Immortals could and should become a classic of detective fiction. I like to think of Inspector Mislan Latif as Malaysia's Montalbano, not just for the love of food, coffee, and cigarettes, but for the wit, resolve, and humanity."—Davide Cazzaro, publisher of Nang magazine