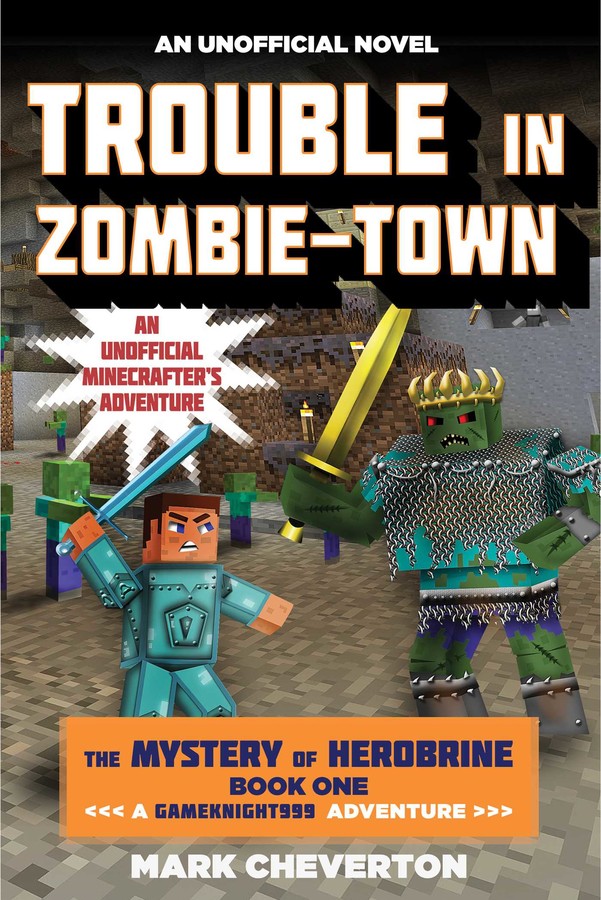 With his sister stuck in Minecraft, Gameknight999 will have to face a new enemy to save her!

Gameknight999 was sucked into the world of Minecraft when one of his father’s inventions went haywire. Trapped inside the game, the former griefer learned the error of his ways. He transformed into a heroic warrior and defeated powerful endermen, ghasts, and dragons to save the world of Minecraft and his NPC friends that live in it.

Gameknight swore that he’d never go inside Minecraft again. But when his little sister, Monet113, accidentally enters the game herself, the User-that-is-not-a-user has no choice but to return to a digital world where very real danger lies around every corner. With the help of some old friends such as Crafter, Hunter, and Stitcher, as well as a few unexpected new ones, Gameknight will journey deep into a zombie village and face Xa-Tul, the powerful zombie king crafted by a shadowy figure with bright glowing eyes and a hatred for Gameknight999. To save his sister, Gameknight will have to learn a few new tricks if he has any chance of defeating this monstrous creature.