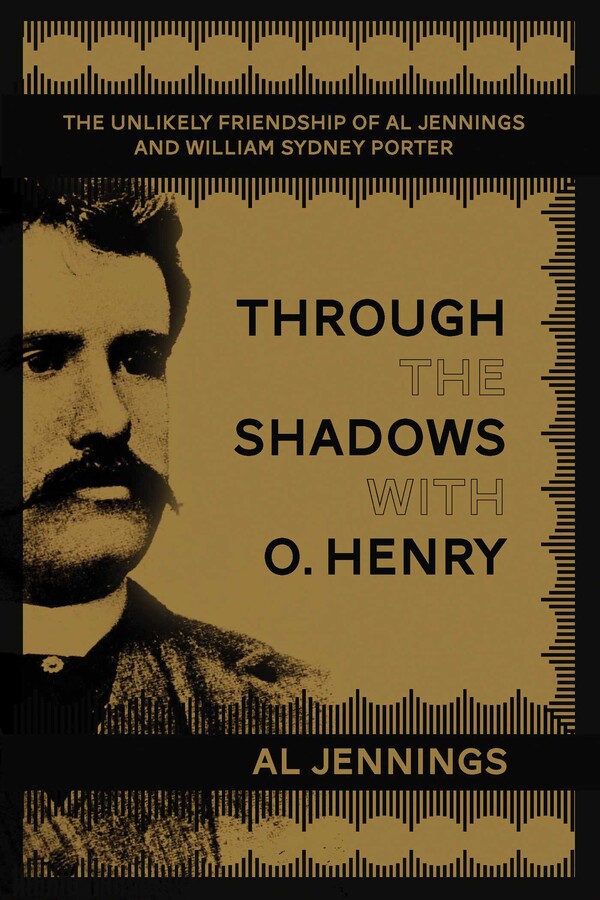 Al Jennings lived a life more akin to tall tales than reality. He was an attorney in business with his two brothers in Oklahoma until one was killed and the other wounded in a shootout with a rival attorney. Jennings then joined an outlaw gang and made his living robbing trains. He and his brother fled from the law to Honduras, where he met William Sydney Porter, America’s favorite short-story writer, who would be known by his pen name, O. Henry. Porter was also a fugitive, on the run from charges of bank fraud.

This encounter in Honduras would not be their last meeting. Jennings was captured and imprisoned in Ohio, again joining Porter as he had returned to America and been sentenced to three years in the same jail. Jennings would be pardoned in 1904 by President Theodore Roosevelt, and the two friends went their separate ways until once again meeting in New York.

First published in 1921, Through the Shadows with O. Henry is a colorful, tall-tale memoir of their friendship and life while in prison and their later meetings in New York. Jennings masterfully describes the horrors of prison life, the ways in which he and Porter coped, and the long, philosophical discussions they would have in prison and after. This is the unbelievable, and sometimes impossible, story of friendship between two natural storytellers.