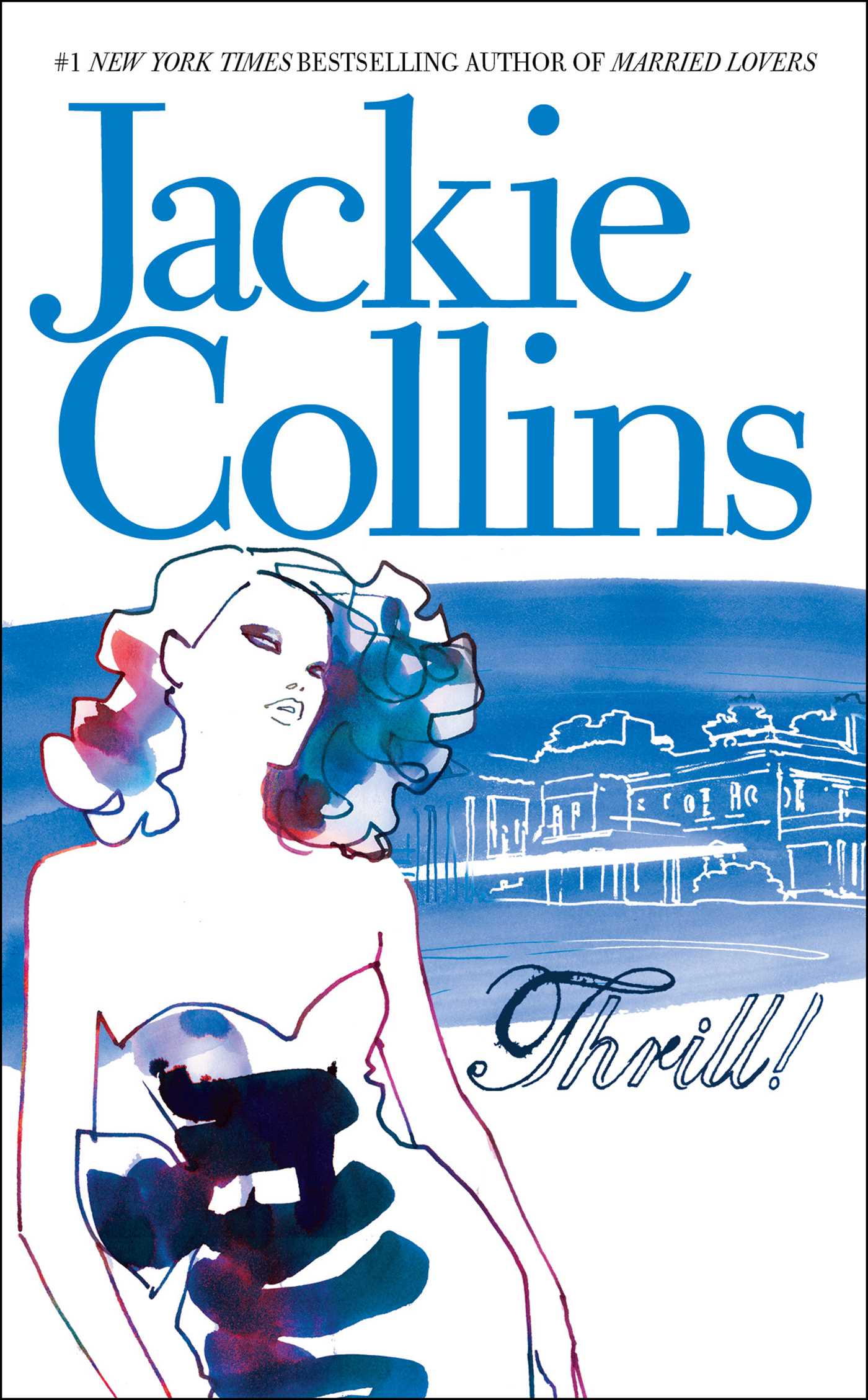 Jackie Collins' most outrageous, erotically charged New York Times bestseller is a sexy, shaterring roller-coaster thrill ride!
From chic New York and the exclusive Hamptons to the hungry heart of L.A., this high-suspense tale pulses with deadly obsessions and relentless desires in the seemingly perfect world of a gorgeous film actress. She could have any man -- but the one she can't resist is a mysterious lover with a shadowed past. As their jolting affair skyrockets with electric passion, shocking secrets break through their hidden traps -- in a brilliantly twisting story that sparks with the explosive Jackie Collins touch.

There have been many imitators, but only ever one Jackie Collins.

The iconic British author has been called a “raunchy moralist” by the director Louis Malle and “Hollywood’s own Marcel Proust” by Vanity Fair.

With millions of her books sold in more than forty countries, and with thirty-one New York Times bestsellers to her credit, she is one of the world’s top-selling novelists.

From glamorous Beverly Hills bedrooms to Hollywood move studios; from glittering rock concerts in London to the yachts of Russian billionaires, Jackie Collins chronicled the scandalous lives of the rich, famous, and infamous from the inside looking out.

“I write about real people in disguise,” she once said. “If anything, my characters are toned down—the truth is much more bizarre!”

Her first novel, The World is Full of Married Men, was published in 1968 and established Collins as an author who dared to step where no other female writers had gone before. She followed it year after year with one successful title after another, including Chances, the first installment of a sprawling nine-book saga introducing the street-smart, sexy, and dynamic Lucky Santangelo. The eighties saw Jackie hitting her stride with the seminal blockbuster, Hollywood Wives, as well as Lucky, Hollywood Husbands, and Rock Star. In recent years she kept fans entertained with Poor Little Bitch Girl, The Power Trip, and her final novel, The Santagelos, never wavering on her commitment to take her readers on a “wild ride”!

Six of her novels have been adapted for film or TV and Universal Pictures has recently optioned the Santangelo series with a view to bringing Lucky to the big screen.

Jackie was awarded an OBE (Order of the British Empire) by the Queen of England in 2013 for her services to literature and charity. When accepting the honor she said to the Queen, “Not bad for a school drop-out”—a revelation capturing her belief that both passion and determination can lead to big dreams coming true.

Jackie Collins lived in Beverly Hills where she had a front row seat to the lives she so accurately captured in her compulsive plotlines. She was a creative force, a trailblazer for women in fiction and in her own words “A kick-ass writer!”

New York Post [A] sizzler....[An] expertly-crafted page-turner....By the end of Thrill!, you'll be ready for two things: a cold shower and the next Collins book.

Woman's Own [A] sexy new page-turner...fun, glamorous, and kinky.

Dayton News (OH) Rich and famous, sex and seduction...it's Jackie all the way.