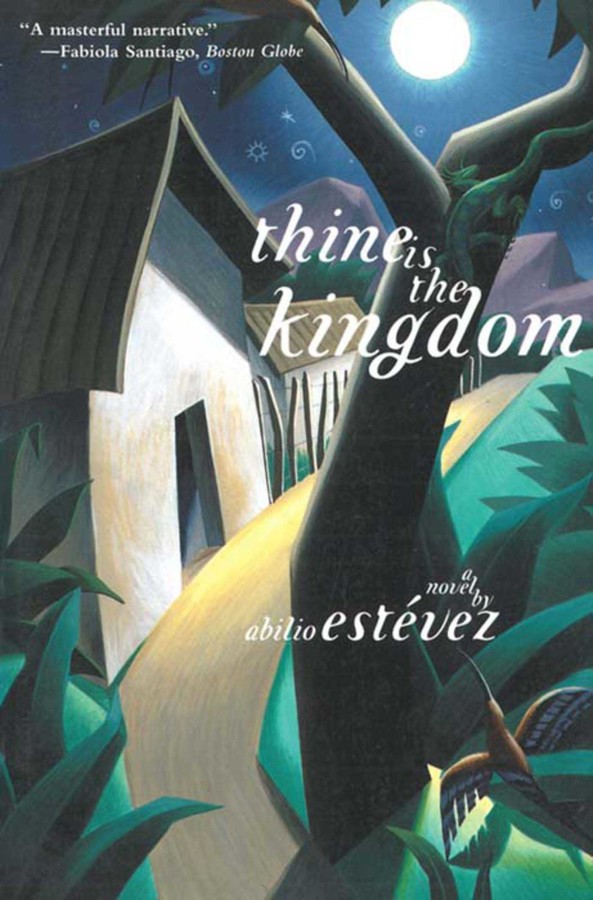 Thine is the Kingdom: A Novel

By Abilio Estevez
LIST PRICE $6.99
PRICE MAY VARY BY RETAILER

Reading Abilio Estevez's Thine Is the Kingdom is a little like attending a cocktail party blindfolded: a million conversations are all happening at the same time and you have to work to figure out just who's talking. But this remarkable novel out of Cuba is worth the extra effort. Set in a run-down enclave of pre-Castro Havana known as the Island, the story follows the fortunes of its residents through a magical realist dreamscape of fantasy, history, life, death, love, and the weather. There is the crazy Barefoot Countess; the pastry vendor, Merengue; and the bookstore owner Rolo. There is Miss Berta who lives with her always sleeping 90-year-old mother, Dona Juana, and Irene who lives with her not-yet-out-of-the-closet gay son, Lucio. Professor Kingston, the Jamaican English teacher; Casta Diva, a would-be opera singer; Chavito, the carver of poor imitations of classical statues; Vido, the adolescent voyeur; Mercedes and her blind sister Marta who dreams of Florence--the cast is enormous and cacophonous. The book hopscotches among characters, tenses, first-, second-, and third-person narratives--often within the same paragraph--as Estevez plunges us headlong into the inner thoughts, dreams, and fears of his multitude of dramatis personae:On this page it is best to use the future tense, a generally inadvisable practice. It has already been written that Chacho had gotten back from Headquarters just past four in the afternoon, and that he was the first to notice the coming storm.... The following day, after the events that will soon be narrated had taken place, Chacho will begin to talk less, and less, and less, until he decides to take to bed.... And, as it is best not to abuse this generally inadvisable tense, it is just and proper that we leave Chacho to his silence until such a time as he should reappear, as God wills it, in this narration.In less accomplished hands this hodgepodge of voices, narrative threads, and personalities might have added up to literary bedlam. But there is method in Estevez's madness as the story gradually emerges; in the meantime the sheer force of his prose and sly commentary on his own inventions carry the reader through this brilliant debut by one of Cuba's best and brightest new voices. --Alix Wilber

Thine is the Kingdom: A Novel

By Abilio Estevez
LIST PRICE $6.99
PRICE MAY VARY BY RETAILER