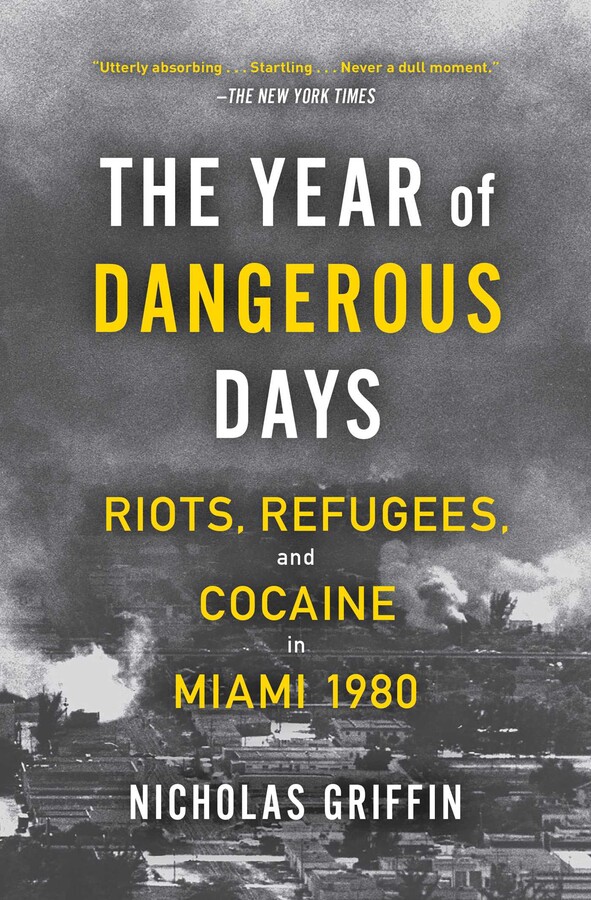 By Nicholas Griffin
LIST PRICE $12.99
PRICE MAY VARY BY RETAILER

In the tradition of The Wire, the harrowing story of the cinematic transformation of Miami, one of America’s most bustling cities—rife with a drug epidemic, a burgeoning refugee crisis, and police brutality—from journalist and award-winning author Nicholas Griffin

Miami, Florida, famed for its blue skies and sandy beaches, is one of the world’s most popular vacation destinations, with nearly twenty-three million tourists visiting annually. But few people have any idea how this unofficial capital of Latin America came to be.

The Year of Dangerous Days is a fascinating chronicle of a pivotal but forgotten year in American history. With a cast that includes iconic characters such as Jimmy Carter, Fidel Castro, and Janet Reno, this slice of history is brought to life through intertwining personal stories. At the core, there’s Edna Buchanan, a reporter for the Miami Herald who breaks the story on the wrongful murder of a black man and the shocking police cover-up; Captain Marshall Frank, the hardboiled homicide detective tasked with investigating the murder; and Mayor Maurice Ferré, the charismatic politician who watches the case, and the city, fall apart.

On a roller coaster of national politics and international diplomacy, these three figures cross paths as their city explodes in one of the worst race riots in American history as more than 120,000 Cuban refugees land south of Miami, and as drug cartels flood the city with cocaine and infiltrate all levels of law enforcement. In a battle of wills, Buchanan has to keep up with the 150 percent murder rate increase; Captain Frank has to scrub and rebuild his homicide bureau; and Mayor Ferré must find a way to reconstruct his smoldering city. Against all odds, they persevere, and a stronger, more vibrant Miami begins to emerge. But the foundation of this new Miami—partially built on corruption and drug money—will have severe ramifications for the rest of the country.

Deeply researched and covering many timely issues including police brutality, immigration, and the drug crisis, The Year of Dangerous Days is both a clarion call and a re-creation story of one of America’s most iconic cities. 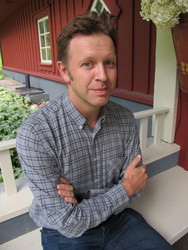 Nicholas Griffin is a journalist and author of four novels and three works of nonfiction. His writing has appeared in The Times (London), the Financial Times, and Foreign Policy, among other publications. His book Ping-Pong Diplomacy was shortlisted for the PEN/ESPN Award for Literary Sports Writing. He lives in Miami with his wife and two children.

"There is never a dull moment in The Year of Dangerous Days, and Griffin adroitly captures the intrigue and depravity of South Florida at the time...It’s impossible to read Griffin’s timely and searing account without thinking about its implications for our current moment—one of mounting social unrest over immigration and racism."
—New York Times Book Review

"[Griffin] examines the relationships between the disastrous events that would challenge and eventually shape the direction of [Miami's] future...The investigation offers warnings for a nation still roiled by a drug epidemic, the struggle to manage immigration, and deeply entrenched systemic racism and police brutality."
—Rolling Stone

"Nicholas Griffin’s cinematic and infinitely readable account of Miami’s annus horribilis of 1980 demonstrates that what does not kill our cities may end up making them stronger. This is a vivid tale of how a confluence of urban disasters actually helped Miami become the dynamic international city it is today."
—Gary Krist, New York Times Bestselling Author of The Mirage Factory, Empire of Sin, and City of Scoundrels

“The Year of Dangerous Days is remarkable. It sinks you into a time and a place while surrounding you with an irresistible cast of characters, from Fidel Castro to the unforgettable cop reporter, Edna Buchanan. Drug cartels, race riots, Cuban refugees—this book has it all. Combining Florida noir with a literary sensibility makes Griffin's story both rollicking and profound.”
—Jonathan Mahler, bestselling author of Ladies and Gentlemen, the Bronx is Burning, a New York Times Notable Book of the Year

“This is the work of a master storyteller, let loose on one of the most vivid and revealing chapters in American history. Like Erik Larson’s Devil in the White City, Nicholas Griffin seizes you with his first technicolor sentences and never lets you go. Engrossing, morally serious, and artful in the best ways.”
—Evan Osnos, author of Age of Ambition: Chasing Fortune, Truth and Faith in the New China, winner of the National Book Award and finalist for the Pulitzer Prize

"Miami-based journalist Griffin employs his trade with gusto in this deeply investigated account of real American carnage at the height of the drug war...Griffin’s engrossing use of primary sources and cogent analyses of how all the pieces fit together results in a propulsive story about the dangerous ways people learn to live together...An engrossing, peek-between-your-fingers history of an America city on the edge."
—Kirkus Reviews

"In this cinematic chronicle, journalist Griffin examines how an influx of immigrants, violent race riots, and a cocaine epidemic all collided in Miami in 1980 and led to the radical transformation of the city...Out of this tumultuous year, Griffin contends, Miami emerged a stronger, more cosmopolitan city with a broader economic base. This vivid and well-documented urban history offers hope that crisis can bring about lasting change."
—Publishers Weekly

"Nicholas Griffin [is] a marvelous writer of nonfiction...The Year of Dangerous Days: Riots, Refugees and Cocaine in Miami 1980, is a well-written narrative of the events of that transformative year."
—New York Journal of Books

"Griffin’s narrative comes across like a gripping crime drama rather than a staid retrospective...This is an excellent read for those wondering if the present-day dystopia has existed before—and how we can emerge from it."
—The Free Lance-Star

"Miami remains one of the continent’s most fascinating cities, and anyone wishing to understand how it got that way, and the persistent social divides that have shaped it, should read Griffin’s captivating account."
—CrimeReads, Best True Crime Books of 2020

By Nicholas Griffin
LIST PRICE $12.99
PRICE MAY VARY BY RETAILER