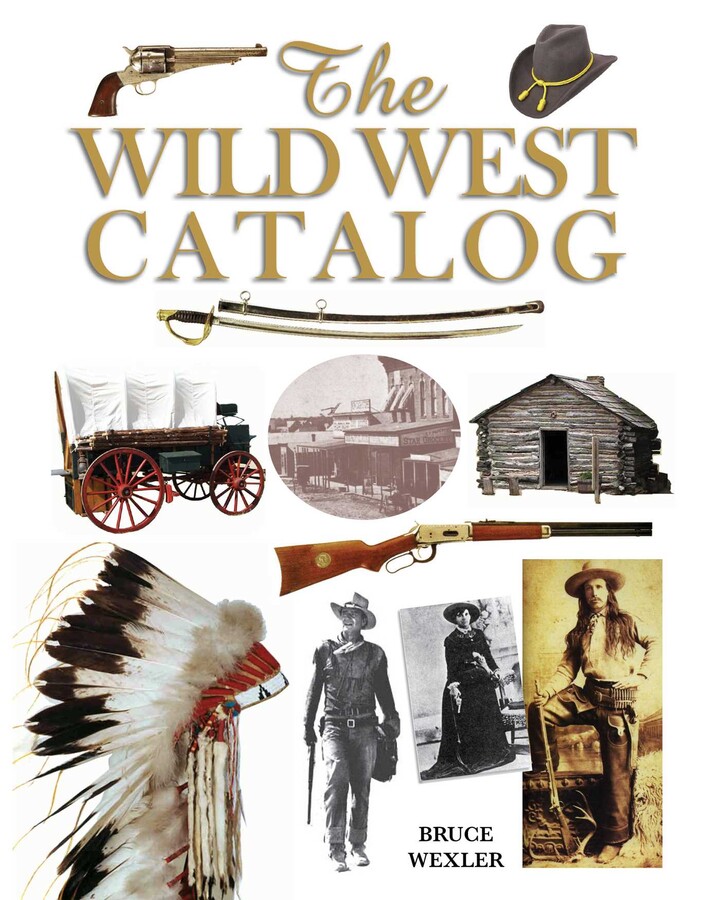 By Bruce Wexler
LIST PRICE $14.99
PRICE MAY VARY BY RETAILER

An essential addition to the shelves of all true aficionados of the Old West.

Catch the light glinting on the barrels of the Spencer rifles of the United States 7th Cavalry in 1868, as they ride out of Fort Riley on patrol in Kansas. Smell the intoxicating aroma of Chuck Wagon Stew, amidst the trail dust on the Chisholm Trail in 1870. Hear the sound of gunfire on the lawless streets of Tombstone, Arizona, 1881.

The Wild West Catalog captures the essence of the greatest period of expansion within the United States, between 1866 and 1900, when the West was well and truly tamed. Fighting and riding skills gained in the Civil War were put to good use in opening up and populating the West, while more sophisticated weapons developed during the Civil War were put to both good and bad use in the sometimes-volatile environment.

Illustrated with more than 250 illustrations, including archival photographs, artworks, color photography of artifacts, weapons, recipes, and historic places then and now, The Wild West Catalog portrays all the great characters of the West, including cowboys (and their favorite foodstuffs), Native Americans, the US Cavalry, outlaws, lawmen, homesteaders, and saloon girls. Western artifacts and locations are also described, including frontier weapons and towns, and the burgeoning railroads. The book also discusses the West as it was depicted in movies, television, and literature, and catalogs the many classic toys inspired by the West, which have entertained generations of imaginations worldwide. Comprehensive and fascinating, the book brings the complete Old West alive for the reader.

By Bruce Wexler
LIST PRICE $14.99
PRICE MAY VARY BY RETAILER