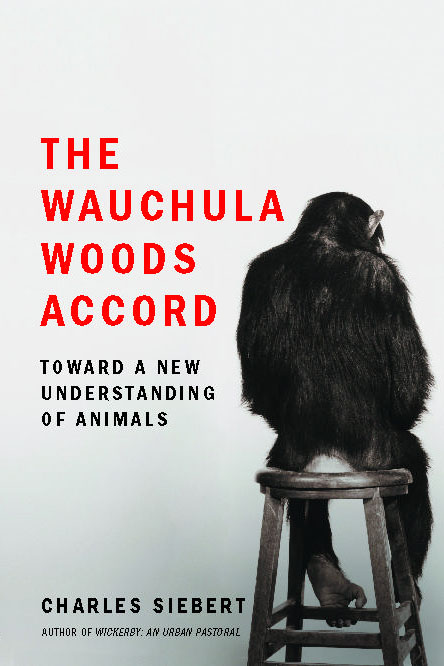 The Wauchula Woods Accord

Toward a New Understanding of Animals

By Charles Siebert
LIST PRICE $11.99
PRICE MAY VARY BY RETAILER

WHILE TRAVELING AROUND THE COUNTRY to report on the conditions in which captive chimpanzees in America live, Charles Siebert visited a retirement home for former ape movie stars and circus entertainers in Wauchula, Florida, known as the Center for Great Apes. There Siebert encountered Roger, a twenty-eight-year-old former Ringling Bros. star who not only preferred the company of people to that of his fellow chimps but seemed utterly convinced that he knew the author from some other time and place.

"Mostly I was struck by Roger's stare," writes Siebert, "his deep-set hazel eyes peering out at me with what, to my deep discomfort, I'd soon realize is their unchanging expression. It is a beguiling mix of amazement and apprehension, the look, as I've often thought of it since, of a being stranded between his former self and the one we humans have long been suggesting to him. A sort of hybrid of a chimp and a person. A veritable 'humanzee.'"

Haunted by Roger's demeanor, Siebert promptly moved into a cottage on the grounds of the Center for Great Apes, spending day after day with Roger, trying to get to the bottom of the mysterious connection between them. And then late one night, awakened by the cries of chimpanzees, a sleepless and troubled Siebert suddenly began to conjure a secret, predawn encounter with his new cross-species confidant, an apparently one-sided conversation that, in fact, takes us to the very heart of the author's relationship with Roger and of our relationship with our own captive primal selves.

The result is The Wauchula Woods Accord, a strikingly written, wide-ranging physical and metaphysical foray out along the increasingly fraught frontier between humans and animals; a journey that encompasses many of the author's encounters with chimpanzees and other animals, as well as the latest scientific discoveries that underscore our intimate biological bonds not only with our nearest kin but with far more remoteseeming life-forms.

By journey's end, the reader arrives at a deeper understanding both of Roger and of our numerous other animal selves, a recognition -- an accord -- that carries a new sense of responsibility for how we view and treat all animals, including ourselves. 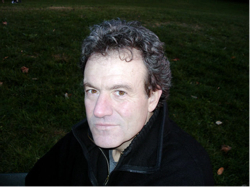 The Wauchula Woods Accord

Toward a New Understanding of Animals

By Charles Siebert
LIST PRICE $11.99
PRICE MAY VARY BY RETAILER