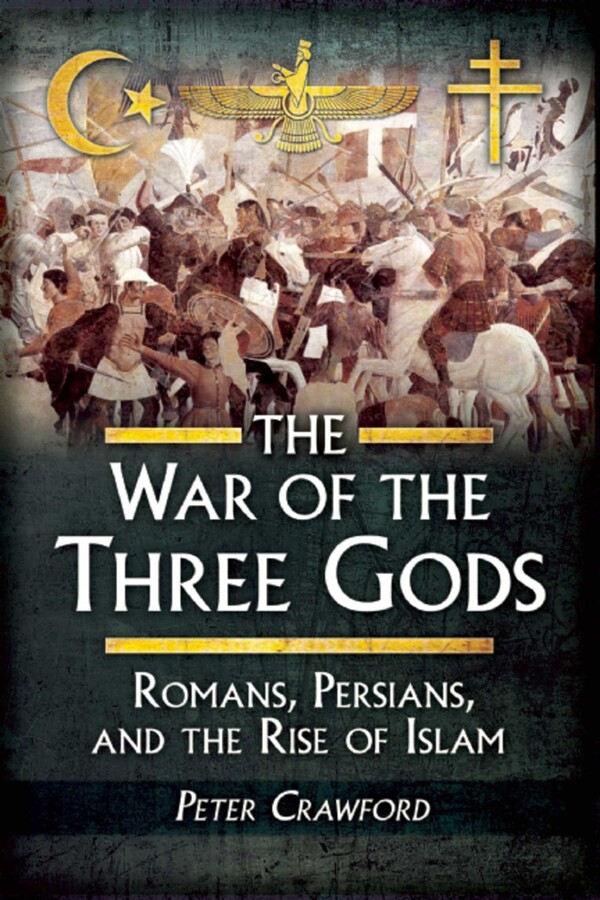 The War of the Three Gods is a military history of the Near and Middle East in the seventh centurywith its chief focus on the reign of the Eastern Roman Emperor Heraclius (AD 610641)a pivotal and dramatic time in world history. The Eastern Roman Empire was brought to the very brink of extinction by the Sassanid Persians before Heraclius managed to inflict a crushing defeat on the Sassanids with a desperate, final gambit. His conquests were short-lived, however, for the newly converted adherents of Islam burst upon the region, administering the coup de grace to Sassanid power and laying siege to Constantinople itself, ushering in a new era.

Peter Crawford skillfully narrates the three-way struggle between the Christian Roman, Zoroastrian Persian, and Islamic Arab empires, a period of conflict peopled with fascinating characters, including Heraclius, Khusro II, and the Prophet Muhammad himself. Many of the epic battles of the periodNineveh, Yarmuk, Qadisiyyah and Nahavandand sieges such as those of Jerusalem and Constantinople are described in as rich detail. The strategies and tactics of these very different armies are discussed and analyzed, while plentiful maps allow the reader to follow the events and varying fortunes of the contending empires. This is an exciting and important study of a conflict that reshaped the map of the world.