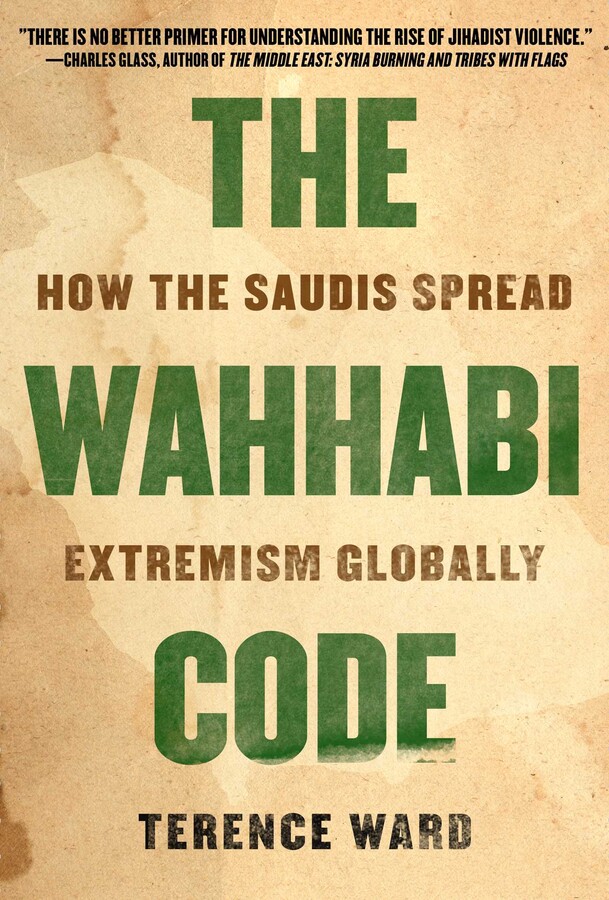 By Terence Ward
LIST PRICE $24.99
PRICE MAY VARY BY RETAILER

An eye-opening, look at the source of the current wave of Saudi Arabian-sponsored terrorism, how it spread, and why the West did nothing. Here is the truth about ISIS, al-Qaeda, Boko Haram, and more.

Lifting the mask of international terrorism, Terence Ward reveals a sinister truth. Far from being “the West’s ally in the War on Terror,” Saudi Arabia is in reality the largest exporter of Wahhabism—the severe, ultra-conservative sect of Islam that is both Saudi Arabia’s official religion and the core ideology for international terror groups such as ISIS, al-Qaeda, the Taliban, and Boko Haram.

Over decades, the Saudi regime has engaged in a well-crafted mission to fund charities, mosques, and schools that promote their Wahhabi doctrine across the Middle East and beyond. Efforts to expand Saudi influence have now been focused on European cities as well. The front lines of the War of Terror aren’t a world away; they are much closer than we can imagine.

Terence Ward, who has spent much of his life in the Middle East, gives his unique insight into the culture of extremism, its rapid expansion, and how it can be stopped. 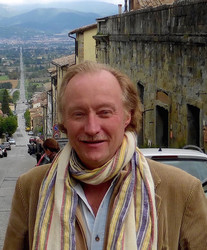 Terence Ward was born in Boulder, Colorado, and grew up in Iran. The author of Searching for Hassan: A Journey to the Heart of Iran, he is also a documentary producer and a cross-cultural consultant. He divides his time between Florence, Italy, and New York.

"There is no better primer for understanding the rise of jihadist violence than my friend Terence Ward's The Wahhabi Code: How the Saudis Export Extremism Globally. . . . His impeccable research destroys the prejudices and myths surrounding the distortion of Islam to benefit the Saudi royal family, western oil companies and arms dealers."—Charles Glass, New York Review of Books, author of Syria Burning and Tribes with Flags

"As tensions between Iran and Saudi Arabia have rapidly escalated, Ward reaches out with a thoughtful perspective on Saudi Arabia and the West."—Stanley Weiss, founder of Business Executives for National Security and author of Where Have You Gone, Harry Truman?: The Selected Works of Stanley Weiss

"Ward's book is a compulsion of our time. I believe his experience living in Iran, Saudi Arabia, and Indonesia, and his percipient observation of day-to-day life in each Muslim country, will help us to have a more insightful view of the "Wahhabi question." His concern about its possible impact on the world's war and peace should be ours."—Goenawan Mohamad, founder of Tempo Magazine and author of In Other Words: Forty Years of Essays from Indonesia

"Terence Ward, an American long rooted in Italy, has written a precious book interpreting ISIS. . . . Through massive financing of mosques and madrasas, they are trying to attract traditional Islam to their radical vision, and on the other side, they have financed our politicians and the mass media to silently abide."—Franco Cardini, Middle East expert and author of Europe and Islam and Treasures of Florence

"The Wahhabi Code reveals how a state can abet extremists and terrorists while at the same time claiming to be their enemy. . . . This timely book presents the truth about Wahhabism and the nature of Islam in a fresh, gripping narrative. It is a must read."—Amed Khan, Director, Global Paradigm Group; Senior Advisor, ClintonGiustra Enterprise Group

"Islam's many flavors are as misunderstood as they are mischaracterized in today's Western society. Ward's The Wahhabi Code demystifies one of the more virulent and violent strains of modern day Islam. Anyone interested in the relationship between religious extremism and America's ally Saudi Arabia needs to read this book."—Markos Kounalakis, McClatchy foreign affairs columnist and author of Spin Wars & Spy Games: Global Media and Intelligence Gathering

"Fascinating, compelling and learned."—Joe Conason, Editor-in-Chief of The National Memo and author of The Hunting of the President
"I would recommend [The Wahhabi Code] to all, especially those policy makers on issues in the Middle East and beyond."—Cardinal Peter Kodwo Turkson, Prefect of the Dicastery for Promoting Integral Human Development, and former president of the Pontifical Council for Justice and Peace

"Ward proves himself a friend of the Muslim world, whose only wish is to call attention to moderate Islam as the religion of peace it was originally intended to be."—Jordan Elgrably, director of the Markaz Center in Los Angeles

"Saudi Arabia is not an ally in the West’s ‘war on terror’, says Ward, but rather the source of the Wahhabist ideology embraced by terrorist groups including al-Qaeda, ISIS, the Taliban and Boko Haram. The author looks at what he describes as the Saudi regime’s ‘well-crafted mission’ to promote this ideology worldwide."
—Survival: Global Politics and Strategy

By Terence Ward
LIST PRICE $24.99
PRICE MAY VARY BY RETAILER