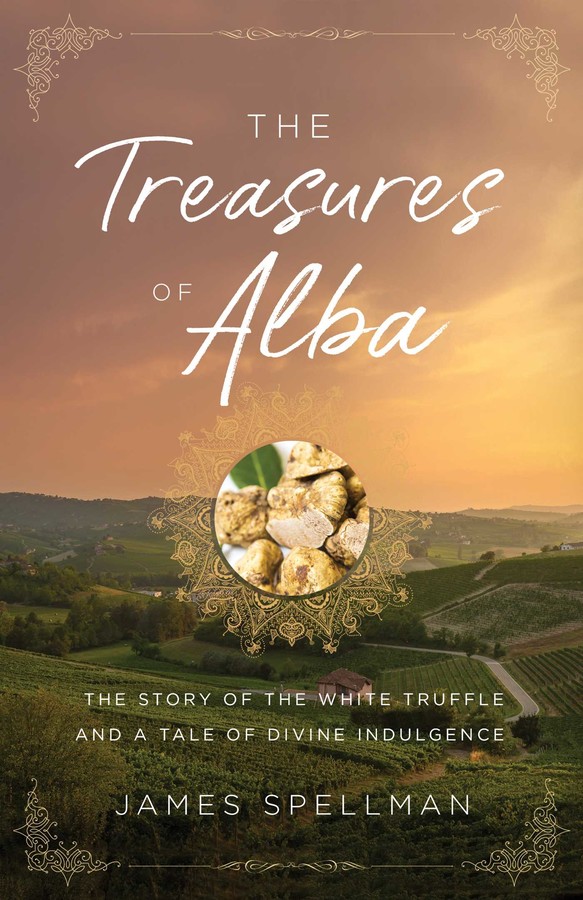 The Treasures of Alba

A decadently joyful exploration of the history of Alba and the precious white truffle, which has entrace and delighted palates for centuries.

In the foothills of the Italian Alps, on the outskirts of Alba, grow the white truffles. It only thrives underground, in soil where certain oak, poplar, hazel, and linden trees take root. Ugly, cantankerous, and rare, its skin the same creamy brown color of Yukon Gold potatoes, the white truffle seems too primal to be the divine indulgence it has been for three millennia. But a few shavings on risotto explain why. The basic, creamy rice becomes infused with dark, musky aromas and other rare pleasures gastronomes crave. Its properties are magical, its joy infernal. Some say it conjures romantic trysts of raw passion, the odors of spent ecstasy. Others savor the razor thin slices and sense survivalist hormones taking hold, as if venturing into dank, forbidding forests.

As with Bordeaux’s first growths or Da Vinci’s art, the price is folly.  And, yet, from the moment the truffle is unearthed until the time it is eaten, it disappears quietly, its moisture evaporating, its gases dissipating. Madness, perhaps. A metaphor of life, too.

The Treasures of Alba explores the precious white truffle, from the early discovery of the “white diamonds” to the global market that trades them today. Why does the white truffle only thrive in a few areas? Why can’t the species be easily replicated elsewhere as the black truffle, native to France’s Périgord, can be? Will the quest of scientists to do so ever succeed? How has been the delicacy’s worth changed through the centuries from Roman hegemony through two World Wars?

Brilliantly exploring the pungent tuber’s rarity and its allure, James Spellman weaves a tale of a divine delicacy that is undercut with fierce rivalries, scandals, and new threats.  The Treasures of Alba is for anyone who has been transfix by the magic taste of white truffle, or wishes to someday partake in that same divine indulgence.

James Spellman is a retired financial services consultant and lives in Washington D.C.

The Treasures of Alba