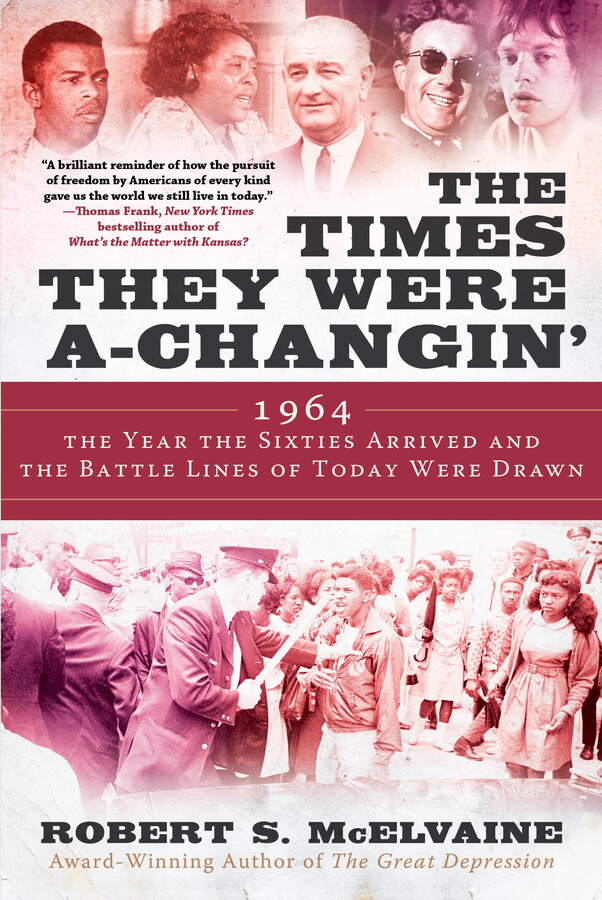 An award-winning historian reexamines the transformative year in the sixties that continues to reverberate in our lives and politics.

If 1968 marked a turning point in a pivotal decade, 1964—or rather, the long 1964, from JFK’s assassination in November 1963 to mid-1965—was the time when the sixties truly arrived. It was then that the United States began a radical shift toward a much more inclusive definition of “American,” with a greater degree of equality and a government actively involved in social and economic improvement—a radical shift accompanied by a cultural revolution.

The same month Bob Dylan released his iconic ballad “The Times They Are a-Changin’,” January 1964, President Lyndon Johnson announced his War on Poverty. Spurred by the civil rights movement and a generation pushing for change, the Civil Rights Act, the Voting Rights Act, and the Immigration and Nationality Act were passed during this period. It was a time of competing definitions of freedom. Freedom from racism, freedom from poverty. White youth sought freedoms they associated with Black culture, captured imperfectly in the phrase “sex, drugs, and rock ’n’ roll.” Along with freedom from racist oppression, Blacks sought the opportunities associated with the white middle class: “white freedom.” Women challenged rigid gender roles. And in response to these freedoms, the changing mores, and youth culture, the contrary impulse found political expression in such figures as Barry Goldwater and Ronald Reagan, proponents of what was presented as freedom from government interference. Meanwhile, a non-event in the Tonkin Gulf would accelerate the nation's plunge into the Vietnam tragedy.

In narrating 1964’s moment of reckoning, when American identity began to be reimagined, McElvaine ties those past battles to their legacy today. Throughout, he captures the changing consciousness of the period through its vibrant music, film, literature, and personalities.