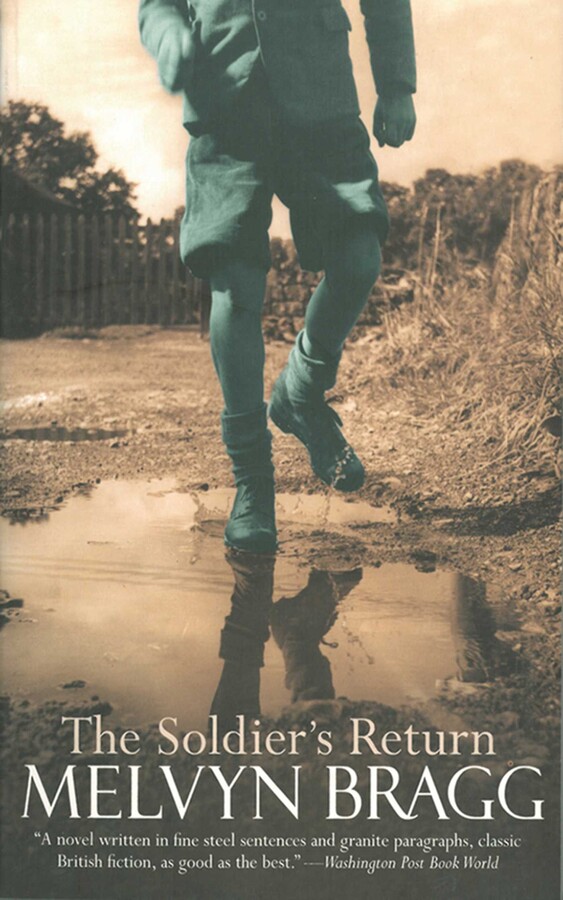 By Melvyn Bragg
LIST PRICE $10.99
PRICE MAY VARY BY RETAILER

Right from the start, when the train carrying British soldier Sam Richardson home to Wigton after his service in the Burma campaign breaks down two miles from town and he and his army comrades have to walk home, it is clear we are in the hands of a compassionate, clear-sighted writer. Bragg's work has been compared to that of Hardy and D.H. Lawrence, not without some justice. His smalltown people are closely and warmly observed, but without a shred of sentimentality, and although this story is familiar¢a man home from a dehumanizing war finds it hard to readjust¢it has seldom been imbued with such rueful humanity. For Sam, England after WWII, and after the sufferings he and his men endured in the frightful jungle campaigns, is stuffy and limiting; soon he starts dreaming of wider horizons. His adored wife, Ellen, however, is happily rooted in the little northern town where she grew up; their small son, Joe, who has hardly known his father, is bewitched but also terrified of him. How the family works out its fate in the shabby postwar years is Braggs story, and he makes of it something at once endearing and heroic. So many scenes, the regimental reunion, Joe's efforts to win friends among the tough town kids, a final scene at a railway station as heartrending as the movie Brief Encounter, linger in the mind. The book is a small classic, deeply touching and true.

By Melvyn Bragg
LIST PRICE $10.99
PRICE MAY VARY BY RETAILER