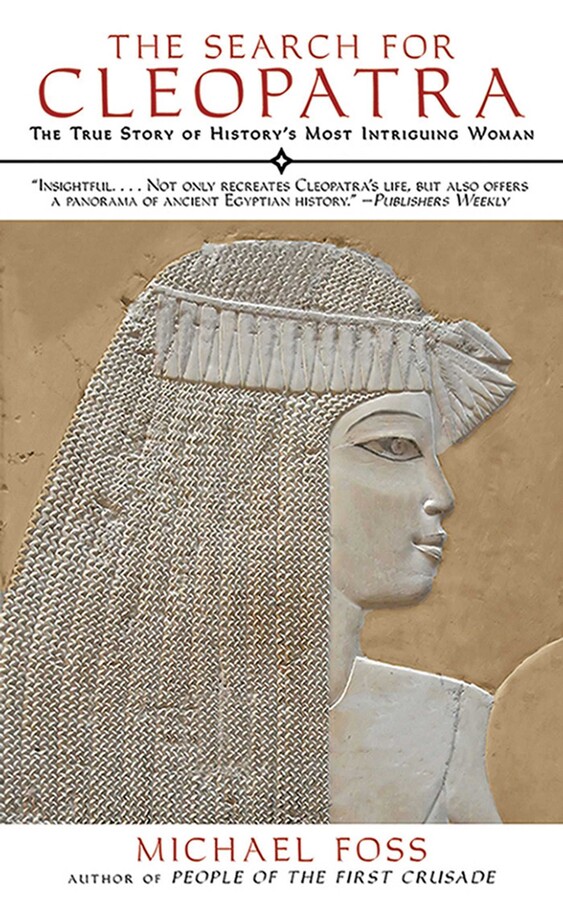 The Search for Cleopatra

The True Story of History's Most Intriguing Woman

By Michael Foss
LIST PRICE $10.99
PRICE MAY VARY BY RETAILER

Cleopatra is wreathed by so many outsized myths that it is sometimes difficult to tell the woman from the legend. For centuries, historians have scarcely deviated from the occidental, Horatian portrayal of an Eastern temptress bent on bringing down the great men of Rome. Michael Foss looks through and beyond the myths, using fresh research to vividly bring to life the historical Cleopatra. A descendant of Alexander the Great’s Macedonian court, she struggled to hold her kingdom together at a time when the volatile clash of cultures threatened to shake Ptolemaic Egypt apart. Egypt’s decay coincided with the rise of Rome, and it is in the contest between the Eastern and Western empires that her story unfolds.

Rome cast Cleopatra as a threat to the order of its own crumbling republic. To them, she represented decadence, corruption, and temptation. Yet as Foss shows with clarity and insight, Cleopatra played her hand in the only manner she could. Determined that her kingdom survive, she was prepared to do whatever it took to retain power, and very nearly achieved dominance of the whole of the eastern Mediterranean world. When she finally surrendered her ambitions, it was with a larger-than-life flare that has since inspired ancient chroniclers. Fully-illustrated, and impeccably documented, The Search for Cleopatra sets before us the most absorbing figure of the ancient world.

The Search for Cleopatra

The True Story of History's Most Intriguing Woman

By Michael Foss
LIST PRICE $10.99
PRICE MAY VARY BY RETAILER