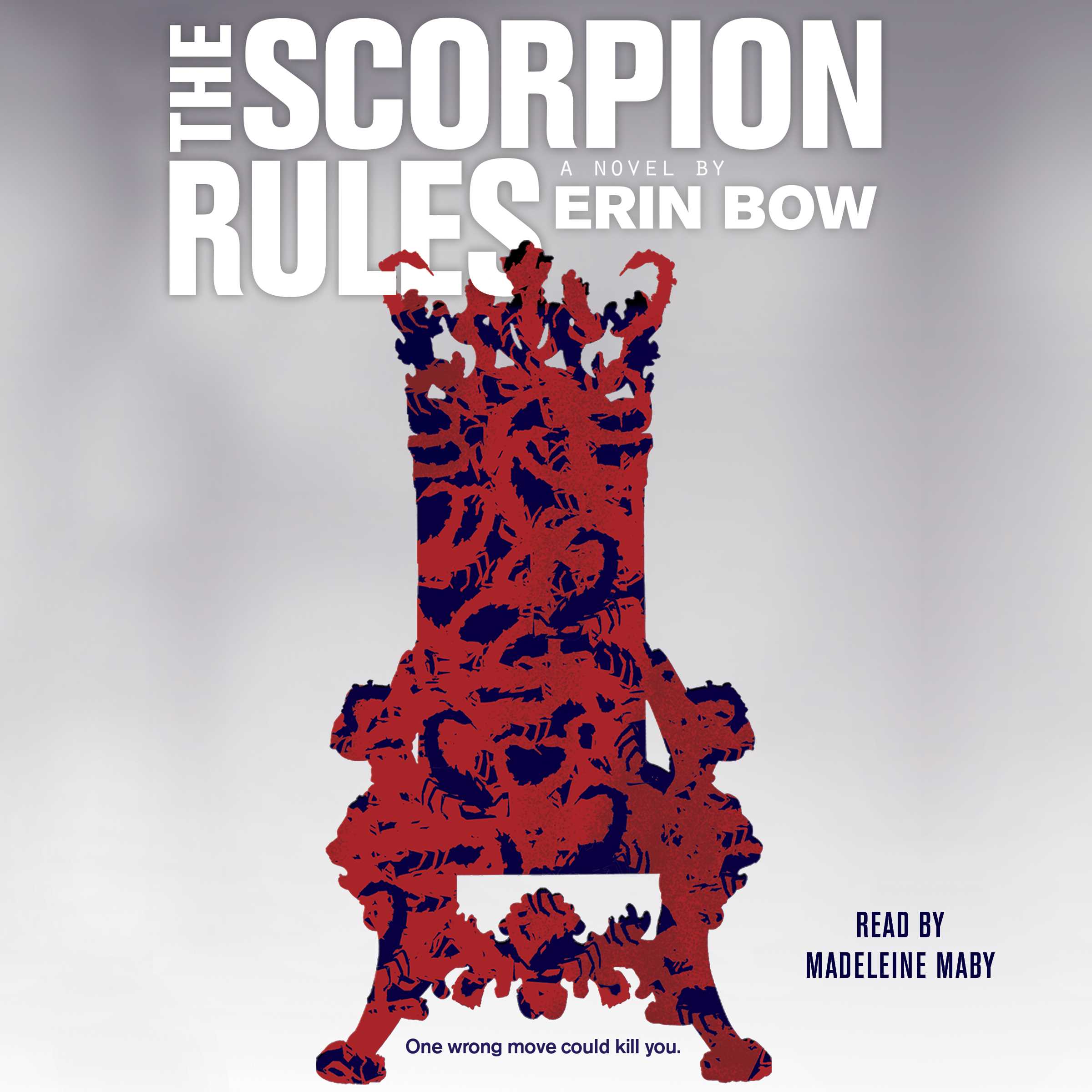 The children of world leaders are held hostage in an attempt to keep the peace in this “slyly humorous, starkly thought-provoking” (Kirkus Reviews, starred review) novel.

Greta is a Duchess and a Crown Princess. She is also a Child of Peace, a hostage held by the de facto ruler of the world, the great Artificial Intelligence, Talis. This is how the game is played: if you want to rule, you must give one of your children as a hostage. Start a war and your hostage dies.

The system has worked for centuries. Parents don’t want to see their children murdered.

Greta will be free if she can make it to her eighteenth birthday. Until then she is prepared to die with dignity, if necessary. But everything changes when Elian arrives at the Precepture. He’s a hostage from a new American alliance, and he defies the machines that control every part of their lives—and is severely punished for it. His rebellion opens Greta’s eyes to the brutality of the rules they live under, and to the subtle resistance of her companions. And Greta discovers her own quiet power.

Then Elian’s country declares war on Greta’s and invades the prefecture, taking the hostages hostage. Now the great Talis is furious, and coming himself to deliver punishment. Which surely means that Greta and Elian will be killed...unless Greta can think of a way to break all the rules.

Greta is a crown princess—and a hostage to peace, held by the de facto ruler of the world, the great Artificial Intelligence, Talis. Greta and the other royal hostages are Talis’s strategy to keep the peace: if her country enters a war, Greta dies. Greta will be free if she can make it to her eighteenth birthday. Until then she is prepared to die with dignity, if necessary. But everything changes when a new hostage arrives, a boy who refuses to play by the rules and opens Greta’s eyes to the brutality of the system and to her own power.

1. War has been with us throughout human history, but there has also been a corresponding desire for peace. Do you think world peace will ever be attained? Can you suggest how that might happen?

2. Define and discuss the term “artificial intelligence.” Could computers, smartphones, and robots ever be truly “intelligent”? If not, why not? If so, what are the benefits they provide, and the dangers they pose to humans? Do you think it will ever become possible for humans to “upload” their consciousness into machines? Would that be a good idea?

1. What genre would you consider The Scorpion Rules to be? Is it strictly a science fiction story, or is it also a dystopian novel? How are the two genres alike and different?

2. The Utterances are the collected quotations of Talis. Do you feel they are a political work or more like a holy text? Why are the Children of Peace expected to know them by heart? What purpose do they serve as a writing device?

3. Discuss Greta’s stoicism. How has her study of classical philosophy contributed to this aspect of her personality? How does her upbringing as a Child of Peace influence it?

4. At one point when Elián first arrives, Greta thinks: “He looked like someone who’d been told he was going to die.” What do you think that looks like? How would you feel if you’d been given that news?

5. Discuss the “morality of altitude”—the ability of pilots and drone operators to kill people without looking any of them in the eye. Is this type of war more or less savage than a bloody, close-up conflict?

6. The Children of Peace have been trained to behave in a dignified manner, even when they are facing death. Do you think this training is cruel?

8. The political conflict in The Scorpion Rules is about access to fresh water. Discuss whether this seems plausible.

9. Is Talis a multidimensional character? What do you know about him before his physical appearance in the story? How does the author present him as male even though he inhabits a female body? What more do you learn about him in the latter part of the novel? Talis was once human—does he display any humanity? Does he display any “monster” qualities?

10. Greta finds herself falling in love with Xie while she is also drawn to Elián. Does that feel natural to you that she could care for both of them? Does it seem to matter in their society?

11. Discuss the following quote from Chapter 11: “You cannot control a man if you take everything from him. You must leave him something to lose.” Do you agree? Is there a certain freedom that comes from being unencumbered?

12. The Abbot is a Class Two Artificial Intelligence with full rights of personhood. Do you think this is right? Can an AI who was once human still be a “person?” In what ways does the Abbot demonstrate human qualities?

13. In Chapter 8, shortly after Elián’s arrival, Greta says, “I had changed.” Describe Greta before this statement. How has her relationship with the Abbot and her mother shaped her character? How has she changed? How has knowing Elián helped cause these changes?

14. Xie and Elián tell Greta that they think about escaping all the time, but Greta has never thought about it. Is it because she thinks being a Child of Peace is her destiny, or is she just resigned to her fate? Imagine that you are a prisoner—would you feel like Greta or the others?

15. Greta says that something she’s learned is that “the weaknesses we perceive in others are often the ones we fear in ourselves.” Do you agree? Can you think of personal examples? Historical examples?

16. Early on, it’s clear that the Abbot and the other children see Greta as a leader even though she doesn’t realize it. As the story progresses, she begins to discover and claim her power—give examples of incidents or insights that demonstrate this to readers. Is Greta pleased about it? Are you worried that once she has joined Talis she will misuse her power?

17. “In the midst of life we are in death.” Greta believes this to be a reversible statement: In the midst of death we are in life. Do you agree? If you were facing death, would you be able to fully embrace living? Could you have a meaningful life if you were immortal?

18. Almost as soon as Cumberlanders invade the Precepture, Tolliver Burr begins planning Greta’s torture with the apple press. Why do you think that torture is one of the rituals of war? Do you think torture always gets “results”? Why does it still exist when laws have been passed against it? Are all torturers evil people, or do societies at war create systems that make ordinary people into torturers?

19. Greta describes the proctors: “They might technically have been intelligent, but they weren’t sentient.” What do you consider to be the difference between the two?

20. Greta describes Elián’s stupidity in challenging the status quo: “Like any force of nature, it sought new channels.” Do you agree with her that he is being stupid, or is he being heroic, like Spartacus?

21. At the beginning of Chapter 20, after the Abbot tells Greta there might be an alternative to dying, she thinks: “Stirring inside me was the kind of fear that comes with hope.” What does Greta mean? Do you think that hope can inspire fear? Can you give an example?

1. Greta’s world is highly technological and has been “saved” by machines, and yet she and her fellow hostages live in a mostly pastoral, primitive setting. Write an essay comparing the positives/negatives of both settings. The beginning of Chapter 6 discusses the technological choices of Greta’s society. Is our society headed for the same future?

3. Write a short story that imagines a future meeting between Greta and Xie, or Greta and Elián, after she returns from the Red Mountains.

4. Read another science fiction or dystopian novel, such as Divergent or The Hunger Games. How does it compare to The Scorpion Rules? How are the worlds alike or different: government, computers, and citizens? How does Greta compare to the protagonist in the novel? Discuss your thoughts with a partner in class, who should also share his/her thoughts about a science fiction novel that he/she has read.

5. Research and write a report on the life and works of Marcus Aurelius, one of the pillars of Greta’s classical education.

Guide written by Bobbie Combs, a consultant at We Love Children's Books.

More books in this series: Prisoners of Peace