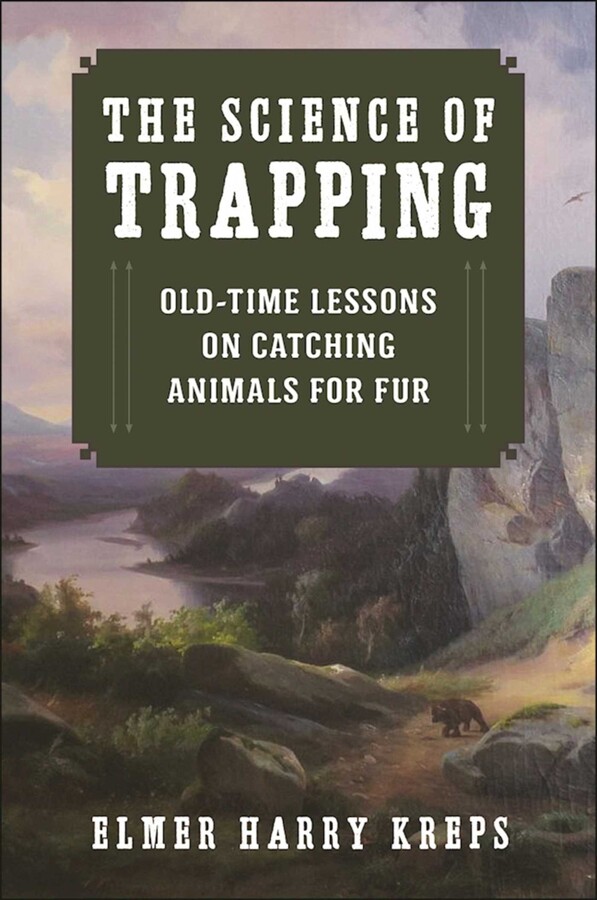 Trapping in itself is an art.” Elmer Harry Kreps

In recent years, the fur trade has experienced a rebirth as nations such as Russia and China demand more and more of these fine pelts. Answering this demand is a growing contingent of modern-day trappers, poised to reap the rewards of this economic boom. While many have the niftiest gadgets and tools at their disposal when capturing animals, others still use time-tested trapping techniques.

Such techniques originated and were perfected in the woods of North America. Counted among this previous generation of trappers is Elmer Harry Kreps, a man who grew up in the woods of the Northeast, where he fostered a great passion for nature and its life. Spending countless hours observing these creatures, he quickly learned to trap them. He collected his lessons into the now classic The Science of Trapping, an immensely useful book on the trade of capturing animals for fur.

The Science of Trapping describes methods to capture various kinds of animals in both warm and cold months; skunk, fox, bear, mink, and the shy lynx are all covered, among others. Keps ends with a review of the various kinds of traps popular during his day. Interspersed throughout this helpful volume is a unique glimpse into the fur economy of the early twentieth century.